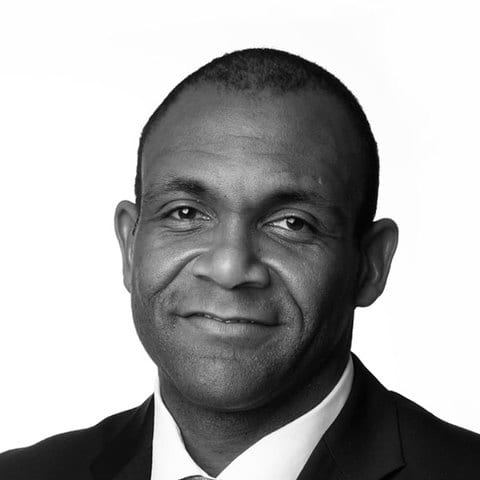 Courtesy of Penn State
By Will Pegler

After a legendary couple of seasons as a linebacker for Penn State, a seven-year career in the NFL, and more than a decade of experience in the investment banking world, Brandon Short was elected to Penn State’s Board of Trustees in July 2018.

With nearly three years under his belt as a trustee who’s served on several committees, Short is now seeking reelection. He’s among six candidates who are running for three available positions.

Short sat down with Onward State to discuss his platform this week. Of the several issues he plans to take head-on if elected, he first explained that if Penn State wants to compete with other Big Ten institutions, it needs to make affordability a priority.

“The biggest issue is affordability. It is a moral issue,” Short said. “Our Land-Grant role is to provide affordable education to the citizens of Pennsylvania and beyond.”

Short pointed out that Penn State’s overall rankings in U.S. News and World Report dropped from No. 37 in 2014 to No. 63 today. In that same span, Ohio State and Michigan remained stable and even rose due to steps they’ve taken to make education more affordable, Short said.

Short added that other Big Ten schools have found more overall success thanks to strong campaigns to raise money and larger endowments. He said the “largest existential crisis” Penn State currently faces is the struggle to raise more money.

“We need to go out and raise money,” Short said. “We need more alternative sources of revenue to share with our students to get them through that first-year or get them the mentorship…or the financial add needed to get through that transition.

As a former student-athlete, Short feels he can connect with the largest number of current Penn State students and alumni. Two hundred and fifty-seven former student-athletes signed on to endorse him this election, including a list of 181 football players, among them Michael Mauti, Trace McSorley, Jason Cabinda, and Gerald Hodges. Several others from a number of different teams have come out in support of Short, including former Nittany Lion mascot Andy Bailey.

“My experience as a student-athlete allows me to be close to a large cross-section of alumni and to be able to listen to them and hear their voice,” Short said.

Short has clearly developed a vast network of connections through his time as a student-athlete and working with them as a trustee. He believes this will help him push his message of more diversity at Penn State.

“It’s not about judging each other or attacking each other. It’s about listening and understanding,” Short added. “You can only learn from people that are different than you and have different ideas.”

Most recently, Short made some headlines by being an ardent supporter of Penn State’s $48.3 million plans to renovate the Lasch Building. The Board of Trustees eventually approved the plans this past February, but that wasn’t without some dissenting views. Most notably of those against the renovations was Jay Paterno, son of the late Penn State football head coach Joe Paterno.

Paterno argued that the renovations go against a plan to make Penn State affordable, but Short feels it’s just the opposite.

“A successful athletics team can raise money for our endowment that would affect our affordability or raise money for other issues that could have a positive effect on the university,” Short said. “We are not going to be able to compete [with other Big Ten institutions] unless we invest.”

Short added that because the athletic budget is completely independent of the rest of the university, it won’t have any effect on tuition, faculty salaries, or any other priorities the Board of Trustees will invest in.

“Penn State is a research institution first. My first priority is affordability,” Short said. “But athletics plays a big role in supporting the overall mission of the university. This year is unique because it’s about a clear choice. There are people on the ballot who want to defund and deemphasize athletics. There’s a clear choice out there.”

Outside of those key issues, Short is also emphasizing the importance of selecting the correct president for the university in the coming years. President Eric Barron plans to retire in June 2022, and Short feels he can help in the search for a successor who will be a strong communicator, listener, and talented fundraiser.

Overall, he’s said he’s excited for the opportunity to continue to represent the university and lead it to success in the coming years. Short was a four-year starter and two-time captain for Joe Paterno during some extremely successful years for the Nittany Lions, and he feels it’s his turn to keep giving back to the university.

“I would not have reached the level of success that I’ve reached without the support of the Penn State family,” Short said. “[I’ll do] whatever I can do to pay it forward and make Penn State better for the next generation so they can have the same opportunities that I had.”

Voting for this year’s trustee election will close at 9 a.m. on Thursday, May 6. Eligible alumni can request ballots through this online form.

Editor’s note: Short’s interview is the first in multi-part series that aims to feature alumni running for open seats on the Board of Trustees. Onward State does not, and will not, endorse any candidate(s) in this election. Check back later this month to read more about the six candidates vying for spots on the board this election cycle.

Share via
Brandon Short Pushes For Affordability & Diversity In Trustee Reelection Campaign
https://onwardstate.com/2021/04/23/brandon-short-pushes-for-affordability-diversity-in-trustee-reelection-campaign/
Follow @onwardstate
Send this to a friend