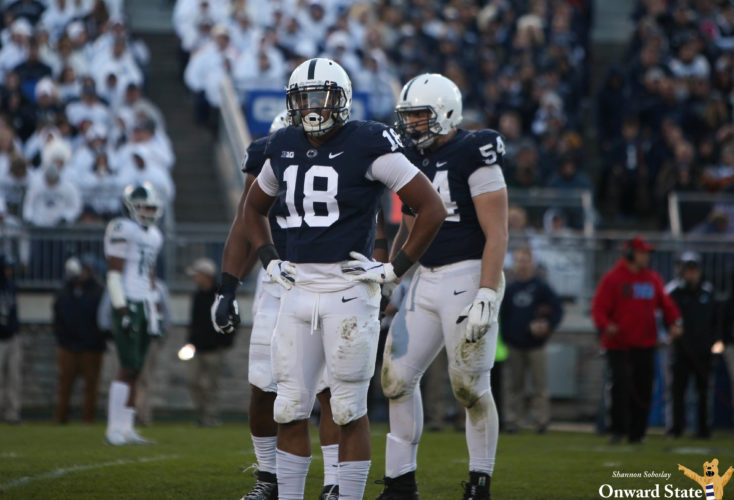 Rookies Odafe Oweh, Pat Freiermuth, Shaka Toney, and Will Fries all avoided cuts on deadline day. Oweh, a late-first round pick to the Ravens, and Freiermuth, a second-rounder to the Steelers, were both expected to make their respective rosters as early contributors. Fries and Toney, however, were both seventh-round picks who needed to battle for room on the depth chart.

Toney was drafted No. 246 overall by The Washington Football Team back in April. He now locks a spot on a talented defensive line group that is led by former friend of Penn State Chase Young and Montez Sweat.

As for Fries, he came shortly after Toney at No. 248 overall to the Indianapolis Colts. The versatile big fella wasn’t included on Indianapolis’ final list of roster cuts Tuesday, and now joins an 11-man offensive line room that is led by Quentin Nelson and Eric Fisher.

To no surprise of anyone, Micah Parsons was included on the Dallas Cowboys’ 53-man roster. The No. 12 overall pick has plenty of hype surrounding his emergence on Dallas’ defensive unit. Fellow rookies Michal Menet and Lamont Wade, however, were cut from the Arizona Cardinals and Pittsburgh Steelers this week, respectively.

Outside of movement around rookies, Dan Chisena managed to hold a spot on the Minnesota Vikings’ roster. The former Penn State wide receiver has added value as a special teamer for Minnesota, as they signed him as an undrafted free agent in April 2020. He played in 14 games last fall and finished with six tackles and a fumble recovery. 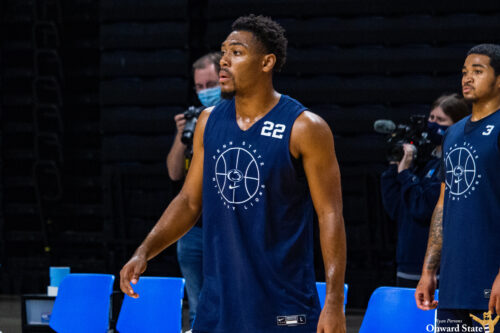