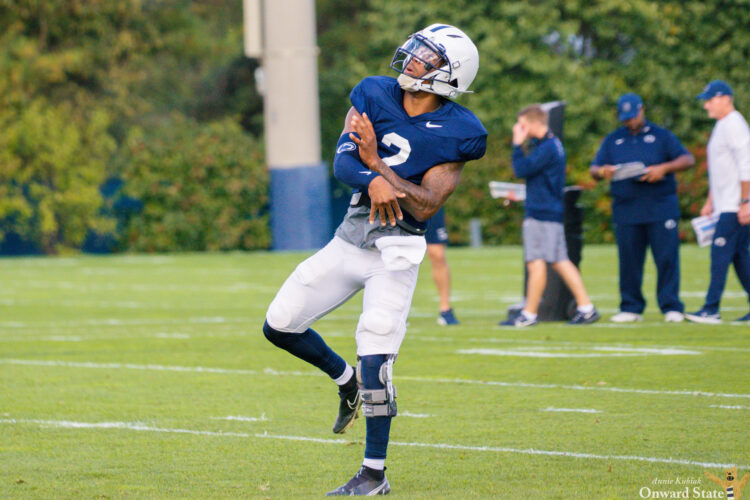 Penn State football didn’t play a game this weekend, but the Nittany Lions remained at No. 7 this week’s AP Top 25 Poll.

James Franklin’s group remains among the top teams in the nation thanks to Iowa’s 24-7 loss to Purdue at Kinnick Stadium Saturday. The Hawkeyes, who climbed all the way to No. 2 after last weekend’s win over Penn State, now fall to No. 11. The Boilermakers entered the poll at No. 25 after that road win.

As for the rest of the Big Ten, Ohio State (No. 5) and Michigan (No. 6) climbed in the poll while also sitting at home with byes this weekend. Michigan State rises to No. 9 after sliding by Indiana 20-15 in Bloomington Saturday afternoon.

The top four of the AP Poll is now led by Georgia, Cincinnati, Oklahoma, and Alabama. The Big Ten still leads the charge with four teams in the top ten, while the SEC has two with the Bulldogs and the Crimson Tide.

Now entering the second half of its 2021 campaign, Penn State will return to action with its Homecoming game against Illinois next weekend. The Fighting Illini also had a bye this weekend, but lost to Wisconsin 24-0 in their last game and boast a 2-5 record on the year. Next Saturday’s contest will kick off at 12 p.m. and be broadcast on ABC.