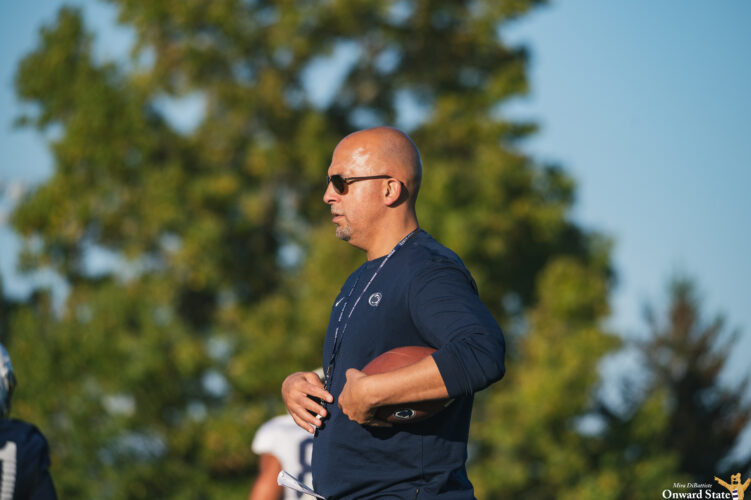 James Franklin confirmed at his Tuesday press conference that he did in fact switch agents. However, his move was made over the summer, not amid Penn State’s recent losses and the head coach’s job change rumors.

“I’m completely focused on our season, and our team, and finding a way to beat Ohio State,” Franklin said. “This is being reported now, but this is something that happened over the summer. Obviously, I didn’t make an announcement. I don’t know anybody that ever does when that happens.”

According to a report Monday night by Football Scoop’s John Brice, Franklin is now represented by Creative Artists Agency’s (CAA) Jimmy Sexton. It’s unclear when Franklin made the switch from his long-time agent Trace Armstrong, who negotiated his current contract, to Sexton. Franklin is currently signed to a deal through 2025 worth up to $38.2 million.

The new-agent report comes as coaching rumors continue to swirl around the Langhorne, Pa. native. While it’s nothing new for Franklin, he’s being reported as a candidate for head coaching vacancies at top-tier programs such as USC and LSU. CBS Sports’ Dennis Dodd has reported that the Trojans and the Tigers will engage in a “bidding war” for Franklin, who’s put together a 65-30 overall record in Happy Valley and taken the Nittany Lions to three New Year’s Six Bowls.

Most recently, former star USC quarterback Carson Palmer, who says he’s been included in conversations for who will take over in Los Angeles, claimed on The Dan Patrick Show that Franklin is among the “front-runners” for the job.

As of now, Franklin’s buyout to leave the Nittany Lions for another job is worth $4 million.

Franklin’s new agent is considered one of the top figures in the college football landscape, as Sexton also represents Nick Saban, Kirby Smart, and Lane Kiffin, among others.