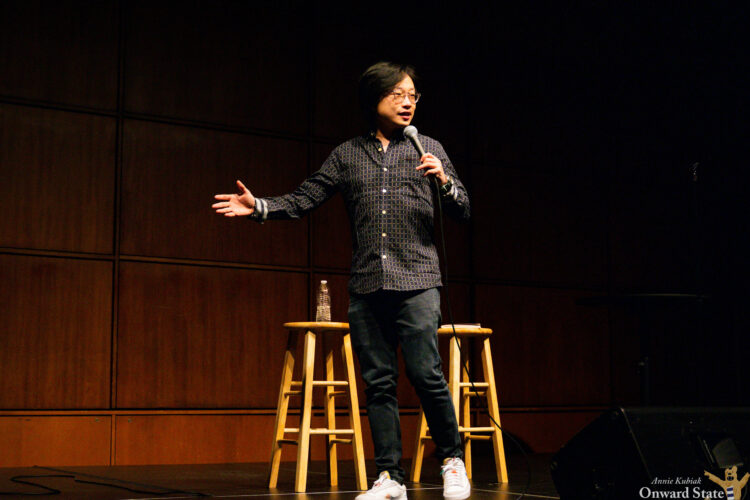 Jimmy O. Yang, a comedian known for his work in “Silicon Valley” and “Crazy Rich Asians,” performed a stand-up set for students at the HUB Thursday night. The hour-long event was offered to students for free by Penn State’s Student Programming Association (SPA).

Yang welcomed Penn Staters by joking about how difficult it was for him to get to Penn State, joking that he needed to take eight planes to get here. He asked fans how everyone was doing on midterms, admitting that he himself wasn’t a great college student after achieving a 2.7 GPA and fearing that he would “lose his Asian card.”

Later on, Yang wondered whether Penn State was a “party school” and guessed that partying is just about the only thing to do in State College.

He also addressed the audience’s masks, even pointing out a fan bosting the comedian’s name in LED lights on his mask. Yang contracted COVID-19 earlier this year on a trip to Vegas and noted that despite the fact that he was fully vaccinated, “there’s no shot for Vegas.”

Overall, Yang is extremely proud of his Asian heritage. He noted that some folks in Asian countries wore masks and socially distanced long before the pandemic and argued that we could all follow that lead.

“I think if COVID has taught us anything, it’s that everyone should be a little bit more Asian,” Yang said.

Yang was also shocked by the Asian representation among the crowd.

“I had no idea that Penn State was this Asian! Did you all just spawn out here?” he asked.

Continuing about his heritage, Yang said it was ridiculous that many Americans claimed that mask mandates were “government fearmongering,” claiming that Asian parents invented fearmongering. He even told a story of when his mom told him as a kid that his friend had leukemia because he “was playing too many video games.”

Transitioning to modern dating, Yang commented how he thought Tinder was cool until he was on “Silicon Valley,” and then people “stopped believing it was [him].” Yang said that he does have a girlfriend now, but since she is a venture capitalist, he is now “the poorest person she hangs out with.” He also admitted that makes him a bit of a “sugar baby,” but he is embracing the role and accepting the gifts as they come.

Yang reflected on how much dating has changed, asking the audience, “When was the last time you called someone before a first date?” Following some deafening silence, Yang went on to joke about how confusing it is to flirt using emojis. He cited how difficult it is now that emojis come in shades, noting he preferred it when it was just yellow.

“I went to text my Black friend a thumbs up? Am I supposed to do my color or his?” he joked.

Yang later touched on the viral TV show “Squid Games” and how amazing it was for representation. He cited how great it was that a show that wasn’t in English was the most popular show on Netflix. However, he said that most of all, he was excited for “an easy Halloween costume,” saying that “all I need is a tracksuit and an Indian friend.”

Coming back around to the topic of education, he mentioned how important advice is in college. He commented that anyone who said that “college is the best four years of your life,” is giving bad advice.

Yang said that he himself entered college as a mechanical engineering major, and after realizing that he “couldn’t pass any of those classes while high,” he switched majors to “the equivalent of communications for Asian parents: economics,” citing that economics was about as easy of a major as his parents would allow.

Providing some more advice to the audience of a few hundred students, he jokingly advised regarding student loans: “Just don’t pay ‘em.” After saying that he was just kidding, he gave some real advice.

“Get loser friends because they’re the ones that will have time for you,” Yang said. “Loser friends are great! The only thing they’ll ask you for is a ride to Wendy’s.”

Yang ended his set by discussing his relationship with his parents. He mentioned how his dad is also an actor but became one after his son did because “if Jimmy can do it, then [he] can, too.” His dad tried to prove that acting was easy, and despite Yang’s doubts, he booked five of his first six auditions as an actor, achieving fame for his work on some Chinese TV shows.

Yang also talked about how money-conscious his mom is, bragging to her friends when she gets a good deal on something. He noted that “wherever there are old Asian ladies, there are good deals.”

The show was extremely popular among those in attendance, and at the end of the show, Jimmy expressed his gratitude those who came out to watch and listen. 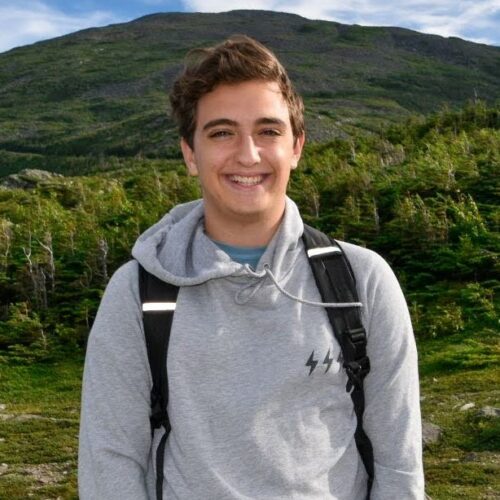 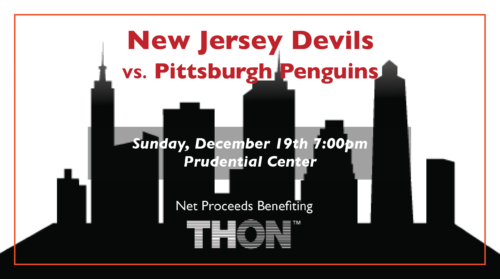