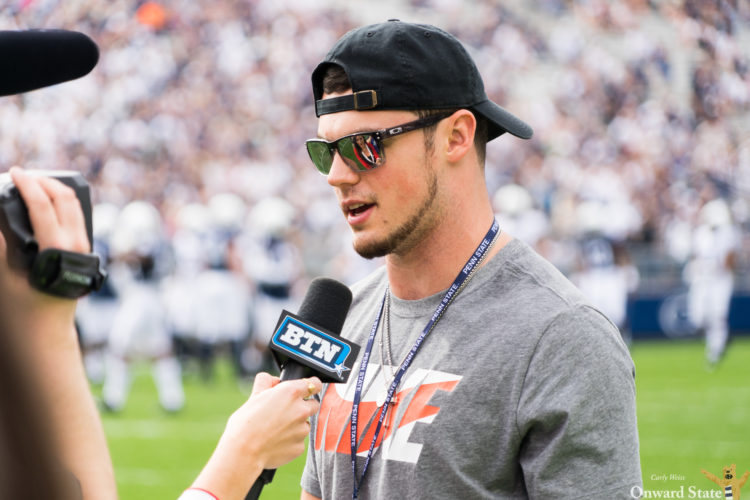 After being drafted by the Baltimore Ravens in the sixth round of the 2019 NFL Draft, McSorley spent two full seasons as a back-up signal caller for John Harbaugh’s group. The Ashburn, Va. native was waived by the Ravens ahead of this season, and spent most of the 2021 campaign on the practice squad. However, McSorley was activated against the Bears this past weekend while starter Lamar Jackson dealt with an illness.

McSorley served as the back up while Tyler Huntley started for Baltimore in a 16-13 victory over Chicago.

The Nittany Lion left Happy Valley with a program-record 31 wins and 9,899 passing yards, among several other historic marks. He played just one snap in his rookie season in Baltimore, but saw increased time in 2020. McSorley threw a 70-yard touchdown bomb to Marquise Brown against the Pittsburgh Steelers last season after Robert Griffin III went down with an injury, and was called up once again just two weeks later against the Cleveland Browns.

The Penn State legend now joins an Arizona Cardinals squad that’s dealing with injuries at the quarterback position. Stud gunslinger Kyler Murray has missed the last three games with an ankle injury, while the only other quarterback’s on the roster are Colt McCoy and Chris Streveler.

Despite the injuries, the Cardinals are coming off a win over the Seahawks and boast a 9-2 record. Arizona now has a bye week to deal with those knocks, while McSorley has a chance to settle into his new home.