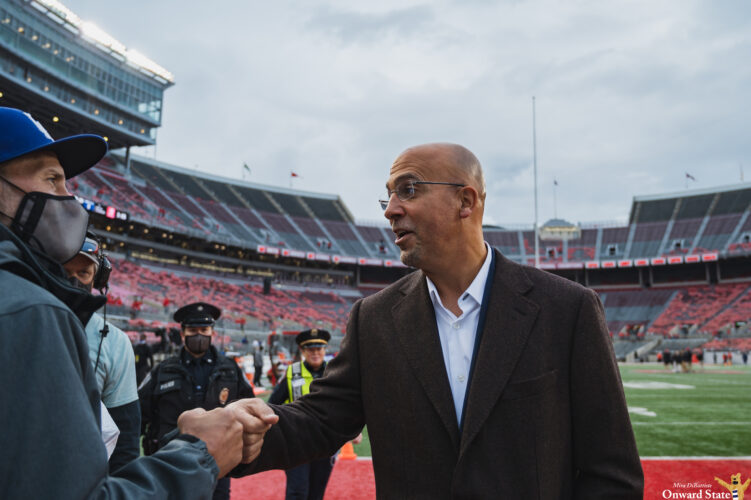 On Tuesday, the Penn State Board of Trustees Subcommittee on Compensation approved another contract extension for the university’s football coach. Now, Franklin is signed to a deal that should keep him committed to the Nittany Lions through 2031.

“Penn State’s future is bright, and I’m honored to continue to serve as your head football coach,” Franklin said in a release. “Nine weeks ago, the administration approached me about making a long-term investment in our football program. This prompted numerous conversations outlining the resources needed to be competitive at a level that matches the expectations and history of Penn State. What’s most evident from those conversations is the importance of our student-athletes’ success both on and off the field.”

Under his new deal, Franklin will earn $7 million each year with no base pay increases. Each year includes a $500,000 retention bonus, plus incentives for on-field achievements, including:

His new deal presents a great deal of job security, too. If Penn State fired Franklin, he would be owed his base pay, supplemental pay, and annual life insurance loan multiplied by the remaining years on his contract.

Through his new deal, which begins in 2022, Franklin will be the second-highest-paid Big Ten coach, edging out Ohio State’s Ryan Day, who’s set to earn about $7.6 million next season.

Franklin’s current contract was set to expire in 2025 after he signed a similar extension in December 2019, which increased his pay to about $5.9 million a season and added a host of bonuses for retention and performance. Franklin’s first contract with Penn State, which began in 2014, retained a $4.5 million average annual value.

As he teased future plans and discussed the state of college football programs this fall, Franklin heavily suggested Penn State needed to invest more in its facilities, upgrade its coaching staff, and offer a better experience for student-athletes. In a release, Franklin said a renewed investment was greatly needed.

“We’ve been able to create a roadmap of the resources needed to address academic support, community outreach, Name, Image and Likeness (NIL), facility improvements, student-athlete housing, technology upgrades, recruiting, training table and more,” Franklin said. “This renewed commitment to our student-athletes, community and fans reinforces all the reasons I’ve been proud to serve as your head football coach for the last eight years and why my commitment to Penn State remains steadfast.”

During the 2020 fiscal year — which included the 2019 football season, thought to be Penn State’s most recent “normal” year and most appropriate measuring stick — the university spent a record $48.8 million on its football team. That figure ranks third in the nation, trailing only Alabama (~$62 million) and Ohio State (~$52 million).

Jay Paterno, the son of the late Penn State football head coach Joe Paterno, was notably one of six trustees to vote against the plans.

“I will be voting against the resolution for the Lasch Building,” Paterno said in the February meeting. “My former boss used to say, ‘Football is here to serve the university, not the other way around.'”

Over about eight years as Penn State’s head coach, Franklin has led the Nittany Lions to an overall 67-32 record and six bowl games, including three New Year’s Six berths. Penn State rose as high as No. 2 in the AP Top 25 Poll under his watch in 2017 and finished with a winning record in seven of eight seasons.

Share via
James Franklin Agrees To New Contract Stretching Through 2031
https://onwardstate.com/2021/11/23/james-franklin-agrees-to-contract-extension-through-2031/
Follow @onwardstate
Send this to a friend