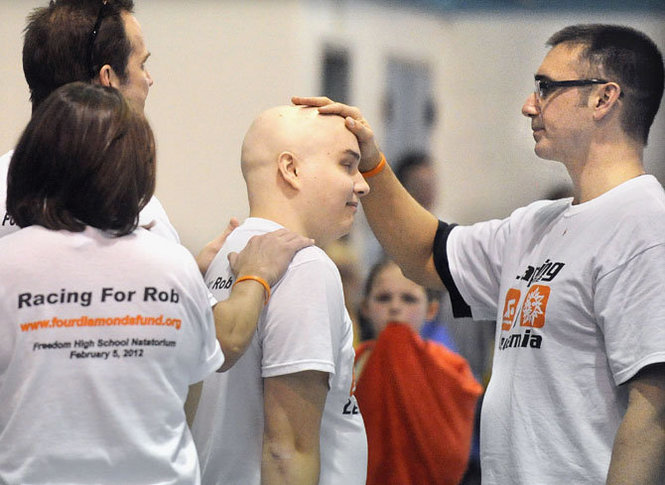 Starting college is one of the most exciting and terrifying experiences many of us will ever experience. The opportunities to meet new people, make a difference in society, and have fun are matched by the lifestyle changes of leaving home, having to be an adult, and taking on much more responsibility. Whatever the case was for you when you started college, you are not the same person that you were when you began the adventure. We all learn things about ourselves our freshman year, and Rob DelFranco was no different.

Rob started at Penn State in August of 2011. He quickly became involved, pledging Beta Theta Pi, “The Leadership Fraternity” soon after starting school. Rob loved sports, reading books, watching TV, and making those around him feel special and loved. He loved making his new friends laugh and was on the path to a great college career.

Rob also loved sports. It was this love that had him at the Penn State football game on October 29th, 2011. Rob willingly suffered through the cold and snow to watch Illinois miss the game winning field goal as the Nittany Lions won their last game with Joe Paterno as head coach.

On the euphoria and exhaustion that follow such an emotional game, Rob returned to East Halls. But his exhaustion didn’t feel like what he thought he should feel after that game. He felt tired and when he woke up the next morning with pain in his knees, he knew something was wrong.

By Tuesday, walking became unbearable. After a visit to UHS, Rob was told to go to the hospital immediately if his now worsening fever rose above 102.5 degrees. Several hours later, it rose above that point and Rob was admitted to Mount Nittany Medical Center.

All day Wednesday, Rob sat through every procedure he could think of and then some. After a full day of MRI’s, CT Scans, blood samples, and Ultrasounds, Rob had no idea what to expect in the coming days. With his parents by his side, he waited in pain and discomfort until the doctors could find out what was going on.

On Thursday, November 3rd, 2011, Rob’s life would be forever changed. He walked into a room with his parents to see a specialist sitting there. She told him that he had a type of Leukemia and would be transferred to Hershey for further tests and treatment. Rob didn’t cry. He understood what was happening to him. Although life had dealt him a bad hand he knew that getting upset about it would change nothing.

As Penn State tumbled into chaos and students rioted after Joe Paterno’s firing, Rob and his family prepared for the toughest time of their lives. The support from his family and his Beta brothers was incredible. They went to see him in the hospital at the first opportunity. Beta brothers that he had never even spoken to were there for him in his time of need. His family remained a solid support system. They held him down when his disease tried to pull him away, to make him change and not be the same fun loving, funny guy he had always been.

Cancer is not something that will ever leave without making its mark. For Rob, that came in the form of losing precious time and experiences at Penn State. “Cancer is really a mountain with no reachable top. Sure, you can become cured and cancer free in life, but you never really escape its touch and influence. It changes you,” Rob said.

After being forced to withdraw from the university to undergo treatment, he felt that he lost the ability to have his freshman year. He lost the ability to make mistakes and grow up like his pledge brothers. He lost valuable time that he could have been playing sports and learning here at school. “The greatest inconvenience I think lies in a simplicity,” Rob said. “During treatment over the past year, the hardest thing was being away from my new home here at Penn State and the friends I made.”

Many people say that cancer will not define them. In a way though, it helps define them. Without facing this horrible disease, Rob may not have learned some of the lessons he learned this past year. He found the lowest point that he could face. He saw his worst day ever and came out of it swinging. He realized that we need to appreciate the world around us and everything we are so blessed to have.

So if you know someone with cancer, or if someday someone you love tells you that they have cancer, remember Rob’s story. Remember to treat them just as they are. Still the same person that they were before cancer. They are still your friend, sibling, or cousin. Bring them a book, watch a TV show with them, let them know that they still mean the same thing to you as they always have.

Rob’s own words speak volumes more than I could ever write. Here is some of the best advice you will ever hear, from someone that you should probably listen to:

“Stop complaining. Live your life. Be appreciative with what you have, and have patience in the world around you. Take the time to smell the roses. Go to the beach, see the world. Do something productive.”

Rob DelFranco has been in remission since June. He will continue monthly treatments and should be cancer free by January 2015. 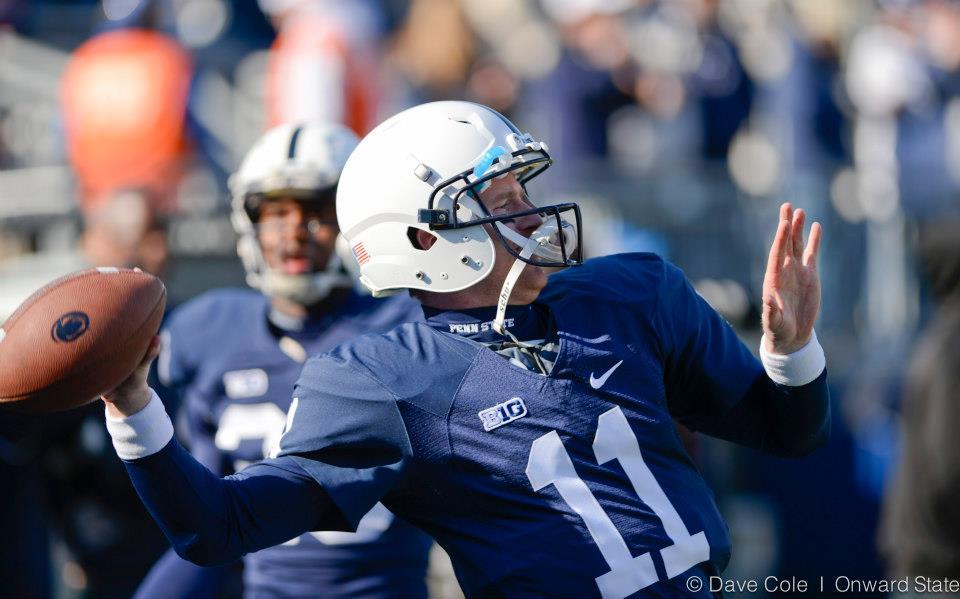 Be Part of the Five Percent: Vote Matt McGloin for Walk-On of the Year

The three semi-finalists for the Burlsworth trophy have been selected, and Penn State’s own Matt McGloin is one of them.

Football Season Isn’t Over, Why Are You Leaving?

Mobile PSU is Dressed to Impress