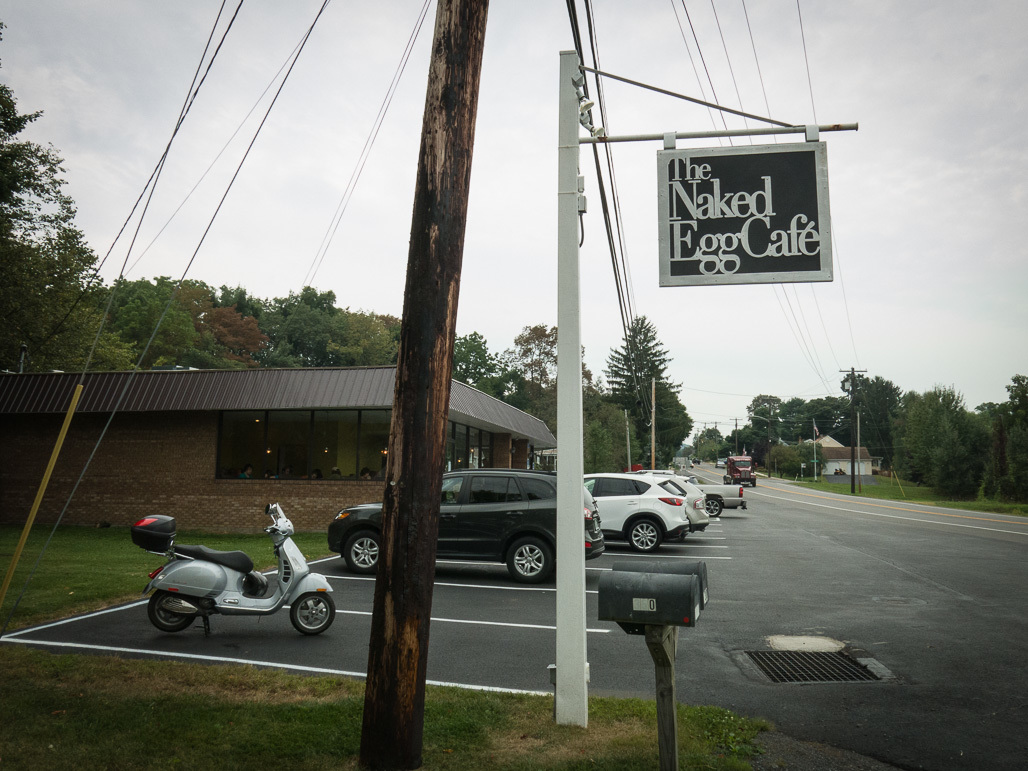 Breakfast is a contentious topic for your average semi-broke, probably hungover college student. It’s simple enough to make eggs and coffee for yourself in the morning (at least, I would hope so), but sometimes you don’t want to be bothered, or maybe you suck at cooking.

Either way, State College is home to plenty of places to grab the first meal of the day, and plenty have their opinions on them. The Waffle Shop is a fixture, churning out a breakfast worth the wait in line since 1972 at a turnover rate that would make the Supply Chain department blush. The (fake) Waffle Shop downtown is quick, convenient and cheap as all hell, making it a favorite for those who don’t want to move too much on Sunday mornings. Irving’s breakfast special has become a religious experience for many. The Corner Room and Nittany Lion Inn have their buffets too, both of which are excellent. Hell, even Denny’s, IHOP and those nasty East Halls eggs have their place as favorites among Penn Staters.

Last Friday, though, a new challenger approached, and fully staked its claim in my heart (both with cholesterol and love).

The Naked Egg Café is located 10 minutes southwest of Old Main, about halfway between campus and Whipple Dam State Park. That’s a bit off the beaten path for your average student, who probably avoids most things that aren’t within walking distance (or at least have a CATA stop nearby), but it is worth the ride. In a rather unassuming spot off of Pine Grove Road, it just has the feel of one of those places you drive past and always mean to try. A relatively small brick building with purple and green painted interior that the girls in our group periodically described as “so cute,” the restaurant has a much different atmosphere than that of the State College breakfast institutions. A calmer, quieter atmosphere made for a much more relaxed meal than, say, the vibrant energy of the patrons of the Waffle Shop (although Get Low was being played very softly as mood music, in case you wanted to subtly turn up). Tables adorned with Cholula and specialty espresso drink menus reminded me of some of the breakfast spots I love in New York. The experience of it all was different than what I was used to here, that’s for sure.

Destined to give everything a fair shot, I recruited Onward State editor and dedicated Irving’s employee Ali Fogarty, OS photographer Jenna Seco, who could be at the Culinary Institute of America right now, and Jenna’s boyfriend Dan Stepanov, who probably was just hungry. They all contributed to this post.

The coffee and orange juice came out first, fresh ground and fresh squeezed, and you could definitely taste the difference. Dipping the banana bread slice I ordered to start in it may have been a strange move on my part, but was delicious nonetheless. The cake was moist but crumbly, the ideal combo for a banana bread. The big guns came a few minutes later, as we all over-ordered for the sake of trying it all (I was buying, so fuck me, I guess). Jenna and Ali both got omelets, while Dan and I went with “The Whole Farm,” which came with eggs, bacon, toast, an english muffin, and tater tots. Oh man, the tater tots. I never really think about them as a breakfast food. I don’t really ever think about tater tots unless someone’s making a really dated Napoleon Dynamite reference, to be honest. However, these were incredible. In fact, I’m going to go out of the order I was planning for this article to extoll the virtues of Naked Egg’s tater tots and eggs together on a plate with hot sauce. Hot damn. Make sure you get these as your side, they were awesome. My meal was perfectly proportioned, the eggs scrambled right, the bacon crisp but still chewy, the english muffin toasted but not burnt and those tots, man.

As for our omelet orderers, the praise was unanimous. Courtesy of Ali:

As a big fan of bacon, I opted for the piggy omelette, though I chose to substitute the sausage for tomatoes and standard eggs for egg whites. When our food came out, I was pleased to see that my omelette was both huge and overflowing with filling. The egg-to-meat-to-tomato ratio was spot on, and the egg whites were peppered to perfection. The tomatoes were not overcooked, and while the bacon could have been a bit crispier, the ham was perfect. It wasn’t slimy like breakfast ham can be at times but rather more like those really good spiral cut hams you get for holidays. Muy bueno. The tater tots were fried just the perfect amount — crispy, but not burnt.

When my food first came out and I saw my fluffy, white omelette it looked like the most comfortable pillow in the world. Then, it was love at first bite. The only thing cheesier than that statement was my omelette. The tomatoes, mushrooms, spinach and green peppers were in every single bite. I didn’t get one bite of tomatoes and then one of peppers, it was evenly distributed throughout the whole omelette.

The two items we shared as a table received praise as well. First, the Fatty Patty pizza. Caramelized onions that Ali described as perfect, smoked gouda, spinach and bacon on top of the pie made it a heavier dish (“one slice was plenty satisfying”), but a good one. A breakfast restaurant serving pizza, and serving it well, in State College no less, impressed me.

The Pièce de résistance, though, was this beauty:

When done right, Eggs Benedict is the best breakfast food out there. The gooey richness of the egg, the salty smoky ham, the crispy english muffin, and the buttery, creamy hollandaise on top provides a combination that very few dishes can bring to the table (pun absolutely intended).

Having never tried Eggs Benedict prior to today, I was really impressed. I didn’t have any expectations for the dish, but once again the ham was some of the best I’ve ever had and the poached egg was very, very good. The hollandaise sauce had a nice flavor that wasn’t too overpowering, but again I’ve never tried it before so I can’t say how it would stack up to other locations.

While Ali merely adopted the Egg Benedict, I was born into it. The Eggs Benedict game is my hustle, and I’d ride and die for it. Having tried it at many, many places all over the world, I can safely say that The Naked Egg’s Eggs Benedict was the best I’ve ever had. Seriously, it’s worth the trip just for that. The asparagus was a great complement as well and a nice break from the carbs and proteins that made up our morning.

By the time we left, we were feeling rather lethargic as a unit. It was Friday, we were hungover, and we had just eaten enough breakfast foods to feed a small island nation. However, Jenna summed up the whole thing in the discussion on the ride back when she said, “I’m sorry, I love The Waffle Shop, but this was much better.” The food’s quality, the attentiveness of the service staff, and the feel of the place were all fantastic. There’s a bit of a greasy feeling associated with diner-style breakfast spots (which is part of the charm), but you get none of that here. It’s a different world, and in food there’s no comparison: Among a plethora of places serving breakfast in the area, Naked Egg’s cuisine reigns supreme. 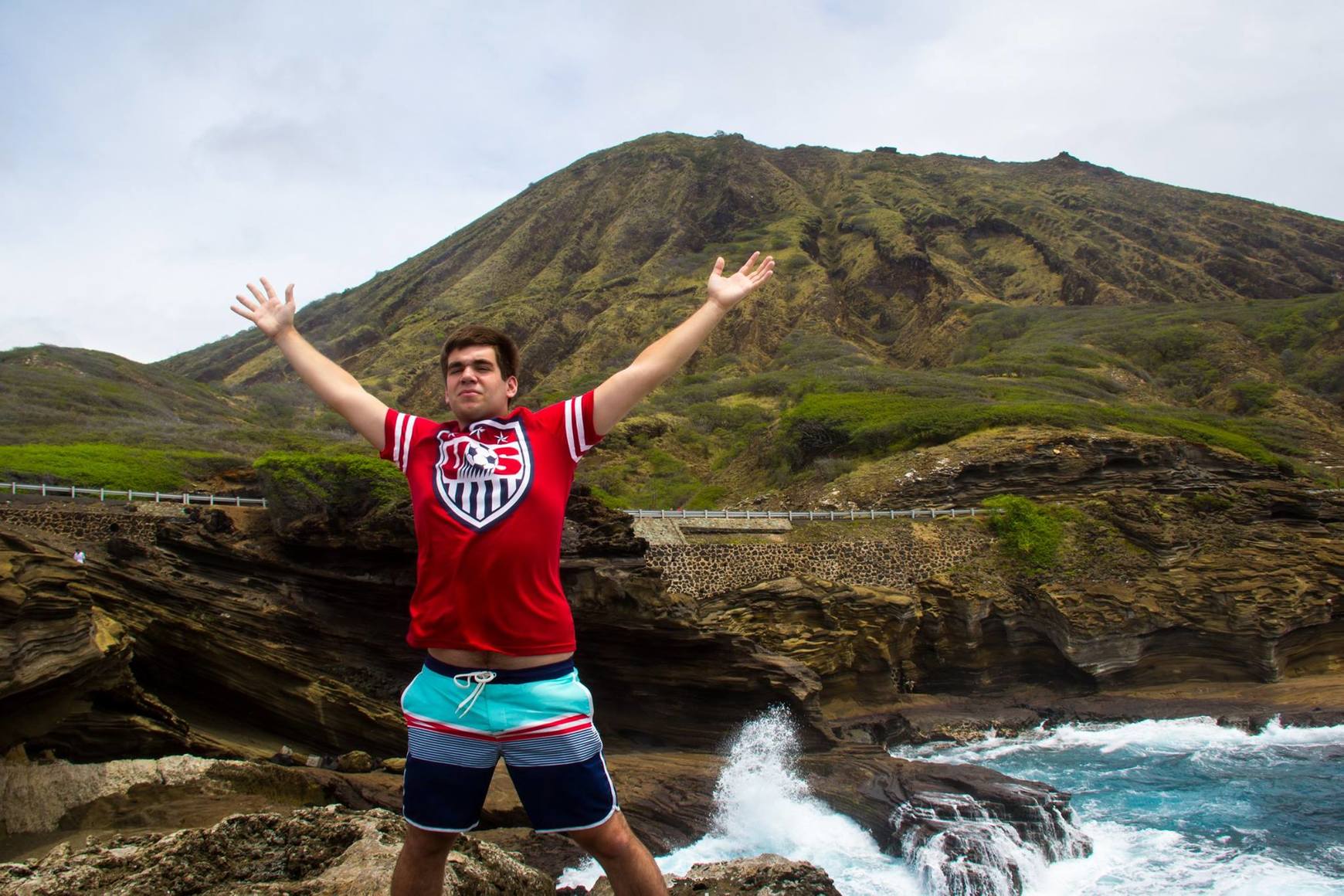