Ohio State-Penn State: By The Numbers 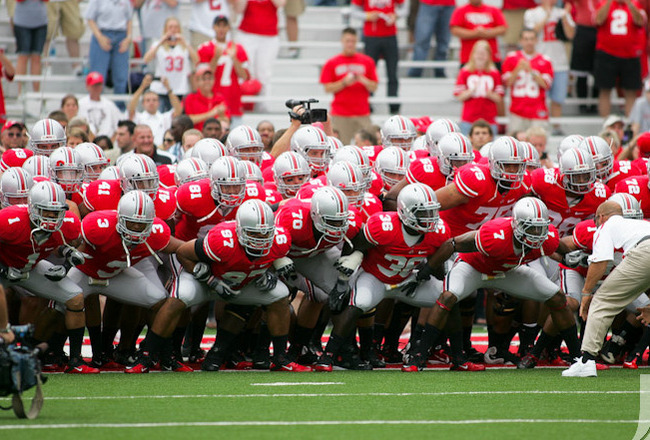 The odds are against us on this one, Penn State. The Nittany Lions are facing one of their largest home spread deficits ever for Saturday’s Whiteout against the Buckeyes, and for really good reason.

But hey, at least the disparities between Penn State and our nuttily named (sorry) opponent give us a chance to have some fun with numbers! Here’s a breakdown and otherwise pertinent Penn State football info, by the numbers:

1,000: A nice, even number to start represents the difference in total rushing yardage between Ohio State and Penn State this year. The Buckeyes have 1,559 yards for No. 28 in the nation, while Penn State’s 559 yards top only Kent State and Louisiana-Monroe.

1: The number of rivals Ohio State has, according to Urban Meyer, and I agree with him. Let’s focus on calling Pitt our rival and let Ohio State and Michigan have their thing, huh?

14: The aforementioned point spread deficit Penn State is facing. After opening at 11.5, bettors have made the spread balloon to where it is now by taking Ohio State so often.

49.3: The percent of the time Ohio State converts its third downs, which is becoming one of the most important statistics in predicting teams’ long-term success. The Buckeyes are 36-for-73, good for 10th in the country.

56: The number of points Ohio State has averaged over its last four games, in which it has just steamrolled through Kent State, Cincinnati, Maryland, and Rutgers.

20: The number of points Penn State has averaged over its last four, and that includes a 48-point showing against measly UMass.

182.1: Ohio State quarterback J.T. Barrett’s quarterback rating, good for third in the country. He trails only Oregon’s Marcus Mariota and Clemson’s Deshaun Watson, so I think he’s found some good company despite the flaws in quarterback rating as an evaluator. By comparison, Christian Hackenberg is 90th at 120.7.

3.5: The over/under for how many times Joey Bosa alone sacks Christian Hackenberg on Saturday, as suggested by friend of the site Stephen Pianovich.

5: In how many quarters of football Christian Hackenberg has thrown a touchdown this season. Penn State has played 24 of them. #B1G

21-21: The combined record of Penn State opponents through six games. Mediocrity just can’t stay away from this team!

3-3: Penn State’s record in its six official White House games. Might take a few years to get that number above .500.

106,572: The minimum attendance on Saturday, as this game has been sold out since the start of the month. James Franklin will finally get his #107kstrong wish.

Countless: The number of swear words, sighs, or any other visceral displays of “man, we suck” expected from Penn Staters in attendance on Saturday.

Unless we shock everybody again. Fight on, State!