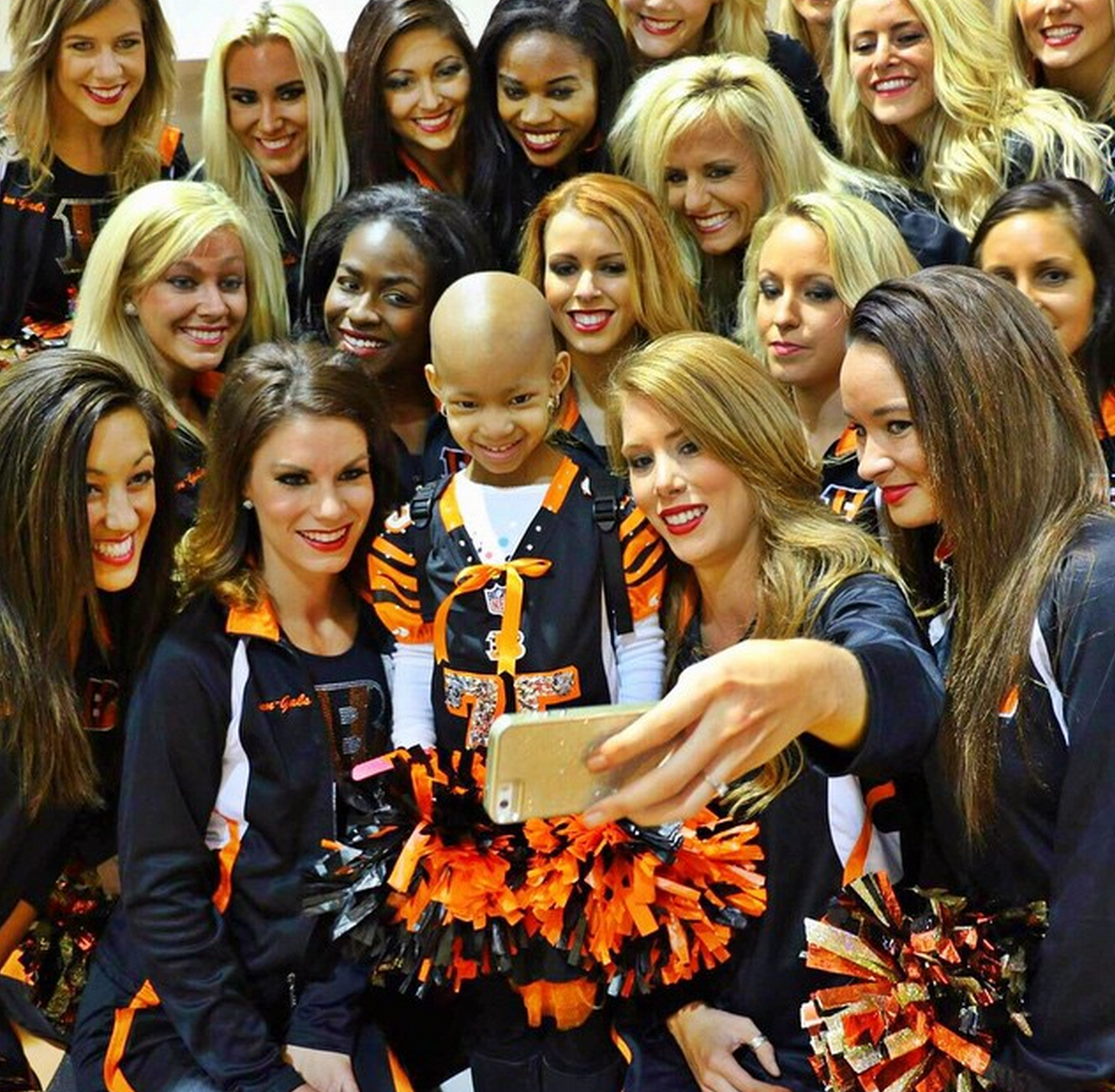 In the latest chapter of a moving story, Leah Still witnessed her father play professional football for her first time in person, and joined with the Cincinnati Bengals as they donated $1,349,582 in her name to pediatric cancer research.

Still, the daughter of former Penn State defensive tackle and current Bengal Devon Still, is battling cancer. On Sept. 25, she underwent a successful surgery to remove a cancerous tumor from her right adrenal gland, and extensive treatment remains before she is considered cancer-free.

Thursday, as her father’s Bengals played the Cleveland Browns in front of a national primetime audience, the Bengals presented the check in between the first and second quarters, with Leah on the field. It was Still’s first time seeing her father play professionally in his three-year career. The Bengals had pledged earlier this year to donate all proceeds of Still’s jersey sales to the Cincinnati Children’s Hospital.

Still’s jersey sales are currently the 11th-most popular in the NFL. The Bengals aren’t the only professional team to show support for Still and her father. Several weeks ago, on Sunday Night Football, the New England Patriots cheerleaders sported Devon’s jersey while team owner Robert Kraft made a $25,000 donation in her name.

Still was in a luxury box for most of the game, as CBS Sports captured, but joined her father on the field for the presentation. Bengals’ quarterback Brian Hoyer hugged Devon Still as a tribute for his daughter played on the videoboard.

Even when they’re apart, Devon and Leah Still smile together. pic.twitter.com/U8SL8YwBrj

Leah has become a sort of celebrity throughout the process. Her father’s Instagram, filled with pictures of Leah, has amassed more than 200,000 followers. Leah was heavily featured in a “Truly Brave” music video with Today Show anchor Hoda Kotb, singers Sara Bareilles and Cyndi Lauper. Before the game, Still posted a picture of his daughter with the Bengals cheerleaders.

It doesn’t get any better than this..she fits right in

The NFL Network’s pregame crew also joined the festivities, holding Still’s jersey prior to the game.

And earlier Thursday, before they had reached the stadium, the two were able to enjoy some time together with a tea party.