The Long Wait Is Over: Penn State Is Bowl Eligible 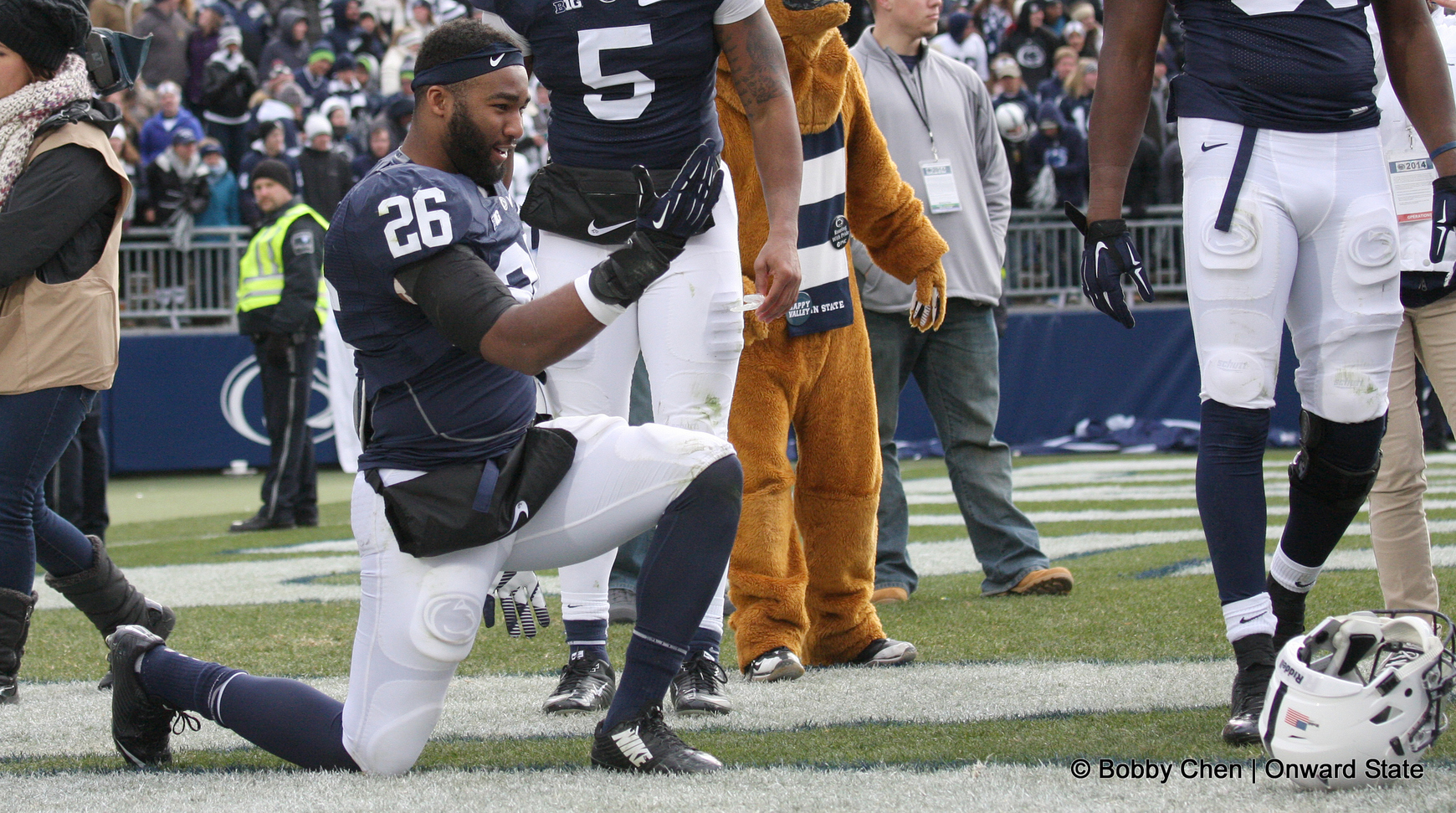 At long last, the wait is finally over.

With a victory over Temple, Penn State became bowl eligible for the first time since 2011. The Nittany Lions were barred from postseason play in 2012 as part of the NCAA sanctions related to the child sexual abuse scandal involving former defensive coordinator Jerry Sandusky. Originally a four-year bowl ban that would end at the conclusion of the 2015 regular season, the penalty was lifted this September following integrity monitor George Mitchell’s second annual report to the NCAA on Penn State’s compliance, making the Lions immediately eligible for postseason play.

The team just had to win its sixth game, and it did just that with a 30-13 win over the Owls. Thanks to a dominant performance from a defense that forced five turnovers, including a pick-six from freshman Grant Haley in the fourth quarter that pushed the lead to two touchdowns, Penn State received the opportunity to give its seniors a special sendoff.

“It does mean something a little bit more special that we had 49 seniors that stayed around this program when this university and this community needed them most,” head coach James Franklin said. “The fact that we’re going to send them out the right way and be able to continue to keep our family together for another month is special, and I’m really happy for those guys.”

Although this is Franklin’s first year with the program — he was head coach at Vanderbilt when the scandal broke and the crippling sanctions were announced — he knows better than most how much a sixth victory means for his players, and the fans that have continued to support the team.

“I’m happy for our players. I’m happy for this community,” Franklin said. “The thing that makes Penn State special is the people, and the support that we get, and I can’t thank anybody enough for that.”

Among the seniors Franklin mentioned is linebacker Mike Hull. Hull, the Big Ten’s leader in tackles, added 10 more stops against the Owls to pace the team. The first-year head coach admitted he had a “man crush” on the fifth-year linebacker, hoping to find some way to keep Hull around when his eligibility runs out after the season. Among the many superlatives Franklin listed about the Canonsburg, Pa. native: blue collar, hard nosed, athletic, humble, and appreciative.

“He’s one of the most high-production, low-maintence guys off the field that I’ve ever been around,” Franklin said. “I could go on and on about how we feel about him.”

After the game, Hull said that when the sanctions were announced in 2012, he didn’t think there was any chance he could sniff the postseason. He was hoping to simply go out every Saturday to play for his teammates, the program, and the fans, so having the opportunity to go bowling is just icing on the cake.

“It’s pretty cool just to see the whole career and how its played out, with the ups and down,” Hull said. “I’m ending on a high note, the way I wanted to, and where the rest of the seniors wanted to be.”

“We’ve been through a lot together,” he added. “It means the world, especially to us the older guys.”

Immediately following the final whistle, the singing of the alma mater, and the ringing of the victory bell, Franklin addressed the team in the locker room. Players described the mood as a “party atmosphere,” as the team finally had the chance to celebrate something a little more meaningful in addition to a notch in the win column.

“It gets a little crazy in there,” defensive tackle Austin Johnson said with a smile. “We had a little party, a couple people were dancing and jumping around. It’s definitely fun to win, it always is, but I love my teammates.”

With additional practice time that comes with a bowl game in early-winter, Johnson said he’s excited to be able to spend more time with his teammates on the field. He added that the team remains close in the off-season, but having the opportunity to play alongside each other for another sixty minutes is a nice reward.

“They’re my brothers,” Johnson said. “I’m so happy we can play another game after the season ends. It brings us closer.”

With the big win, there could be some concerns about a “hangover” effect, especially as the team hits the road next weekend to face a lowly Illinois team that’s already upset No. 25 Minnesota this season. But even with all the celebration and camaraderie, the players refused to look past their next opponent.

“Now that we’ve done it, it’s just going back to the grindstone and making sure that we end up where we want to be,” Christian Hackenberg said. “We just need to gameplan for Illinois, and work to our strengths.”

Hull reiterated those thoughts, and said he and the team isn’t satisfied just yet. With the defense playing as well as it has all season, and the running game rounding into form at just the right time, Hull said the team is confident they can finish strong with wins against Illiniois and No. 12 Michigan State.

But in the end, it was the emotion of bringing a proud program back to its feet after a long and winding road that ruled the day.

“It’s a huge day for the program and for everything that we’ve been through,” Hull said. “It was great that finally we can get the program back to where it should be.”

Share via
The Long Wait Is Over: Penn State Is Bowl Eligible
https://onwardstate.com/2014/11/15/the-long-wait-is-over-penn-state-is-bowl-eligible/
Follow @onwardstate
Send this to a friend