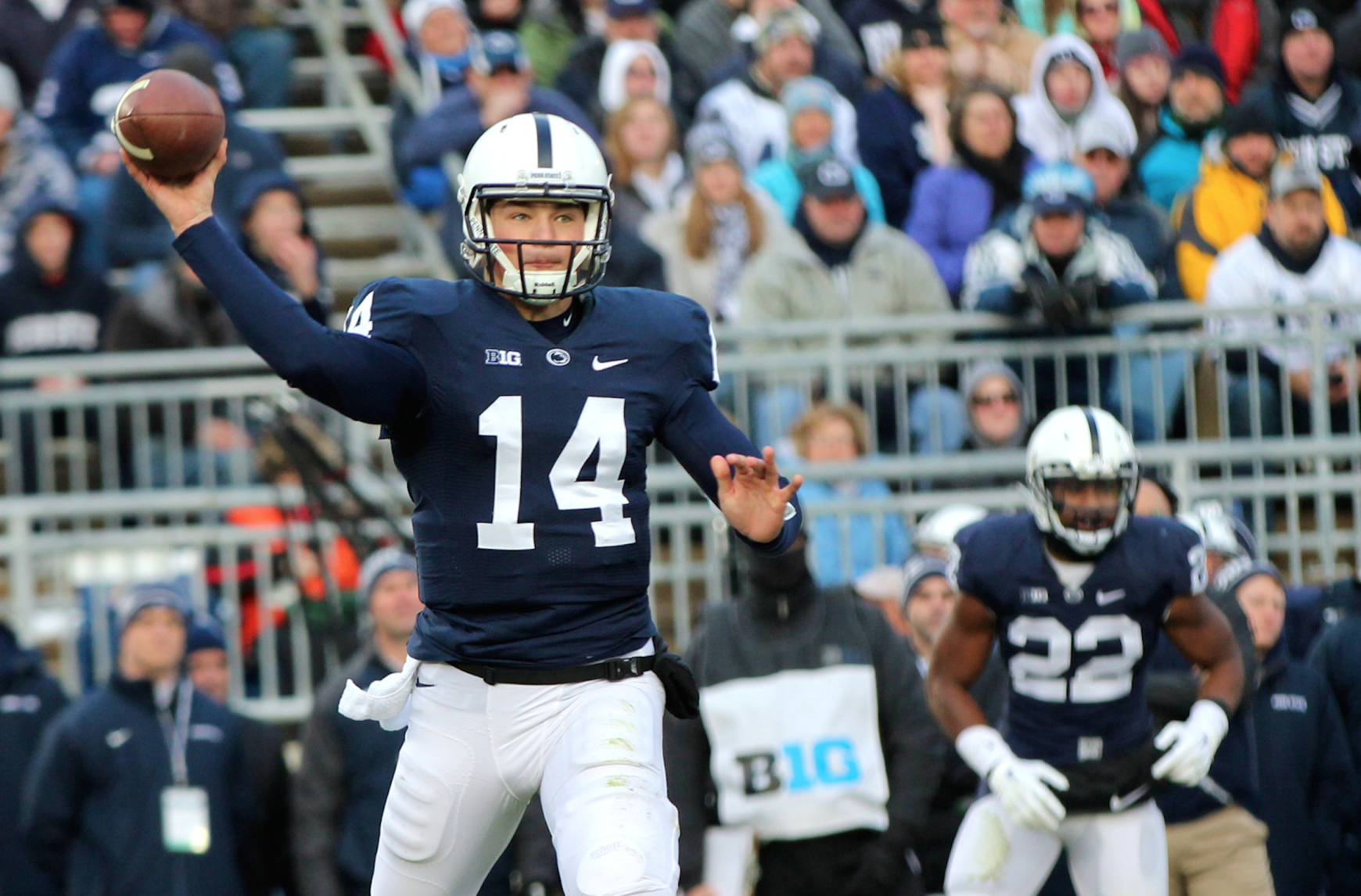 After some of Penn State’s losses this year, Christian Hackenberg would address the media in mumbles, his words difficult to discern, his face covered by a baseball hat.

Saturday, following Penn State’s 34-10 Senior Day loss to Michigan State, a hat-free Hackenberg sat upright and spoke to the swarm of media with a reflective optimism not seen by the sophomore quarterback since early in the season.

“I thought it was the best thing that could possibly happen to me,” said Hackenberg of the 2014 season. “I learned a lot. It’s not over yet, got one more game, great opportunity to get another one for the seniors.”

Hackenberg passed the ball 45 times for 21 completions and 195 yards, the most attempts and yards since the double-overtime loss to Ohio State. He threw an interception that Chris Godwin deflected into his opponent’s hands, and lost a fumble in the face of a bull rush. Neither turnover was entirely his fault. In many ways, especially during the first half, he looked as competent as he has in many weeks.

Following the performance, Hackenberg was flagged with questions about his commitment to Penn State. He confidently reaffirmed his steadfast loyalty to the university.

“I think [the media was the one] who made that whole thing up,” he said of rumors that he would consider transferring following this season. “I’m moving forward, this is where I’m at. This is where I want to be. This is a team that I love, guys I love, a university I love.”

Out of all the difficult situation he faced this year, Hackenberg said he most learned how to deal with trying situations. “That’s something that’s not only applicable to the game of football,” he said. “That’s applicable to life.”

He also suggested the extra practices that come with bowl eligibility will immensely help the inexperienced team, with numerous young players that were forced to play throughout the year. “We get a month of preparation,” he said. “We get the opportunity to get healthy, an opportunity to play in a pretty great venue.”

But overall, Hackenberg said this season has taught him about himself, and it’s experience that he may not look back upon fondly, but one from which he’ll find inspiration. “I learned a lot about myself,” he said. “There were a lot of things I’ll look back on and be extremely appreciative about.”

Share via
After Challenging Season, Hackenberg Embraces the Positives
https://onwardstate.com/2014/11/29/after-challenging-season-hackenberg-embraces-the-positives/
Follow @onwardstate
Send this to a friend