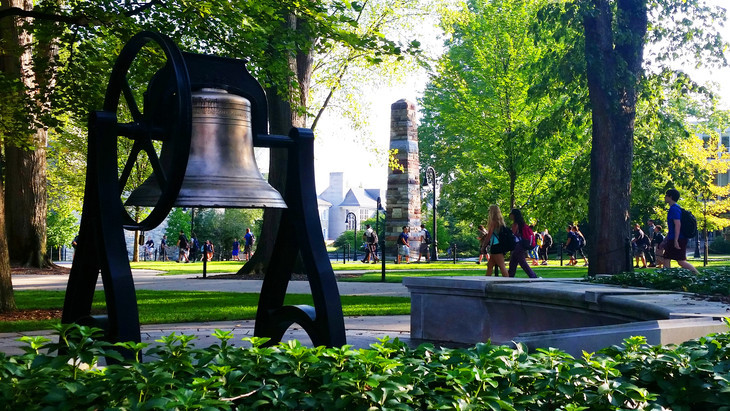 Dear GPSA Executive Board and Assembly,

Why We Are Resigning from the Graduate and Professional Student Association

In our involvement in the Graduate and Professional Student Association (GPSA) we have learned one thing: that the GPSA cannot effectively represent, advocate and serve students as it is presently constituted. It cannot fulfill its mission at present.

We have found that GPSA meetings are not meetings where decisions about student concerns are made. The University does not appear to take the GPSA seriously, most of the student population does not take them seriously, and we no longer can take our involvement with them seriously. Additionally, there have been several attempts to remove us from our offices throughout our time serving in the GPSA, creating an unwelcome environment.

Given this, we must turn in our resignations as to continue to work in this organization would starkly contrast with our belief in democratic process and be counterproductive to our desire to give the student body a significant voice at Penn State. The below members of the GPSA Assembly and Executive Board immediately resign from the positions noted. We are not alone in our frustration with GPSA’s conduct. Other colleagues that we respectfully consider allies, such as Colleen Unroe and others, who were important and valuable delegates whose voices were lost to us by their departure, resigned due to similar frustrations.

Before leaving we want to share a few facts of which we think all graduate and professional students should be aware.

None of us want to step away from giving students a stronger voice at Penn State. We plan to continue working towards opening and democratizing Penn State through more effective avenues. We ask that anyone who is interested in supporting this cause join the Penn State Chapter of the American Association of University Professors (AAUP) Graduate Students have a home in the AAUP.

We will continue to work with individuals and groups throughout Penn State to try to improve the situation of graduate, undergraduate, fixed-term and tenure faculty and other residents. We’ll work with other organizations on campus and within the community to work towards bringing a better quality of life. Together we hope to make this university a place that welcomes diversity and pledges to work on creating the fair and equitable world that we all deserve.

While we are saddened that we were blocked from making more meaningful changes in our time, we remain supportive of our allies in the Assembly, the Executive Board and Administrators within Old Main and throughout many colleges and departments on campus: Enica Castañeda, Nathaniel Porter, Alison Franklin, Jon Reader, Kyler Sherman-Wilkins, and Philip Burlingame are a few among others who have demonstrated that although we share differences of opinions that we can work constructively without personal animosity.

We wish them luck and will continue to support their work in creating an environment where graduate and professional students are truly served, represented and advocated for in important matters that affect their lives and the lives of their dependents.

Finally we are disappointed that some here might view this as a victory were we truly see it as a lost opportunity to build a better, more vibrant Graduate and Professional Student Association.

Thank you and good luck,

Content submitted by members of the community not affiliated with Onward State. The views expressed do not necessarily reflect those of our staff. To have your work published on Onward State, go to http://www.onwardstate.com/submit-content.

Op-Ed: One Year After Our Son’s Hazing Death

“It is important to talk openly about what has transpired this past year, and over many years, and to remind your children that they are important to you. Tell them to take nothing at face value, be cautious, guard against peer pressure.”

Save The Skeller: An Open Letter To The Penn State and State College Community