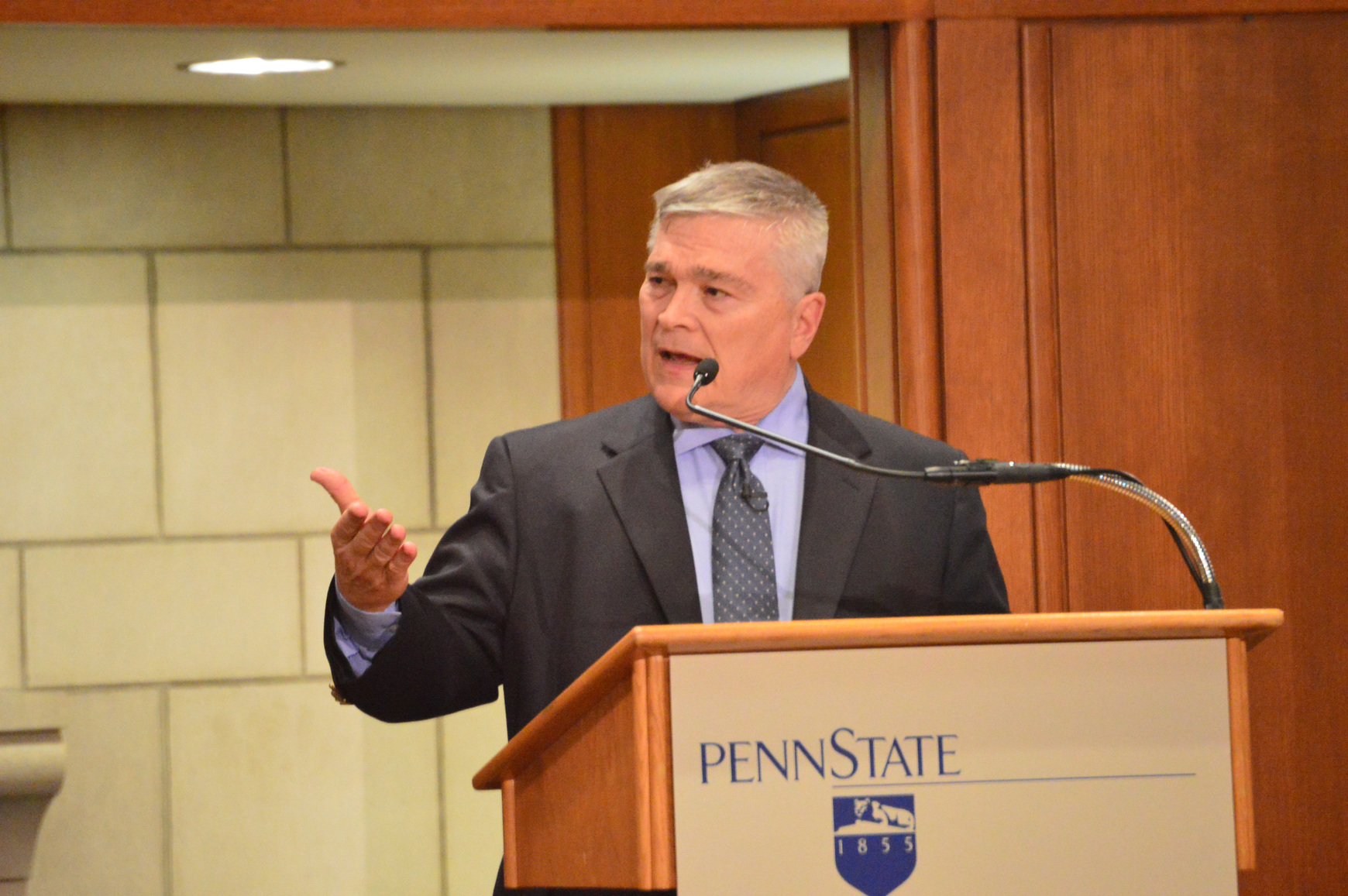 The discord between President Eric Barron and a group of trustees continues.

Seven alumni-elected trustees have again requested “confidential and privileged information and documents” that were part of the Freeh Report. Threatening potential legal action, the trustees — Ted Brown, Barbara Doran, Bob Jubelirer, Anthony Lubrano, Ryan McCombie, Bill Oldsey, and Alice Pope — gave the university 48 hours to respond. The group said it would commence action if it didn’t receive the source information it requested, according to an email from university spokeswoman Lisa Powers. Barron and Board of Trustees Chairman Keith Masser responded to the request by denying access to the confidential documents.

“The trustees have refused to accept confidentiality measures offered as a compromise and threatened action if we do not comply,” the two wrote in a joint statement. “We have rejected their demand.  As we have stated in receiving past requests, the university intends to honor the promises of confidentiality made to the faculty, staff, and others who were interviewed as part of the Freeh investigation.”

Barron and Masser argued that fulfilling the request would represent a setback in the university’s efforts to encourage community members to be vigilant and report possible wrongdoing without the fear of being outed. “This demand and the continuing efforts of these trustees will undo that progress,” Barron and Masser wrote.

The trustees hope to access the documents under a provision that entitles the directors and trustees of nonprofit entities to review materials that touch on the performance of their duties, according to a letter from Barron issued to the Penn State community in December. In that letter, Barron urged confidentiality throughout the reporting process, and pledged to protect the candid remarks of Penn State employees interviewed for the Freeh Report “to the maximum extent possible.”

“Our employees and others were promised confidentiality in return for their willingness to be interviewed. We need to protect employees from being targeted for providing candid comment,” Barron wrote. He also suggested that it would set an unfortunate tone of hesitance to report potential wrongdoing as the university emerged from the Sandusky scandal.

Penn State has offered access to all of the non-privileged material — anything that wasn’t obtained under the promise of confidentiality — though the alumni-elected trustees, save for Al Lord and Adam Taliaferro, seek complete access to all documents and interviews involved in the creation of the Freeh Report.