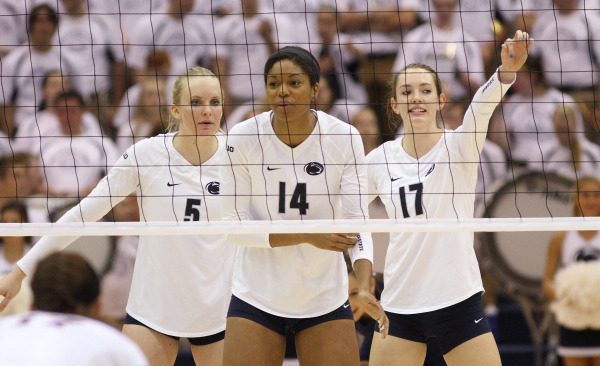 Head coach Russ Rose released his team’s schedule Thursday afternoon, and the defending national champions have their work cut out for them if they want to end the season with a win again.

The season kicks off with three matches across August 28 and 29, as the Nittany Lions host Buffalo, Stony Brook, and Villanova in the Penn State Classic. The next weekend is the Big Ten/Pac-12 Challenge, where Rec Hall will host Penn State and Illinois facing off against impressive Colorado and Stanford squads. Stanford handed the Nittany Lions their first loss last season and held the No. 1 ranking for most of the season, all the way up until Penn State beat them in the Final Four of the NCAA Tournament.

Penn State will play three matches in each of the next two weekends and will wrap up non-conference play in the Golden Dome Invitational and the South Florida Invitational.

Big Ten play starts Wednesday, Sept. 23 as Penn State plays host to rival Wisconsin. After defeating Wisconsin in the National Championship two seasons ago, the two teams matched up in the Elite Eight last year, where Penn State once again knocked out the Badgers.

Other highlights from the Big Ten schedule include a matchup with Nebraska the weekend after Wisconsin, a home-and-home series with Ohio State in the last week of October, and closing out the season with a rematch with Nebraska in Omaha.

Seven teams on the Lions’ schedule made the NCAA Tournament last season, and eight finished the season either ranked or receiving votes in the AVCA Top-25 Poll.

The schedule can be viewed in its entirety here.