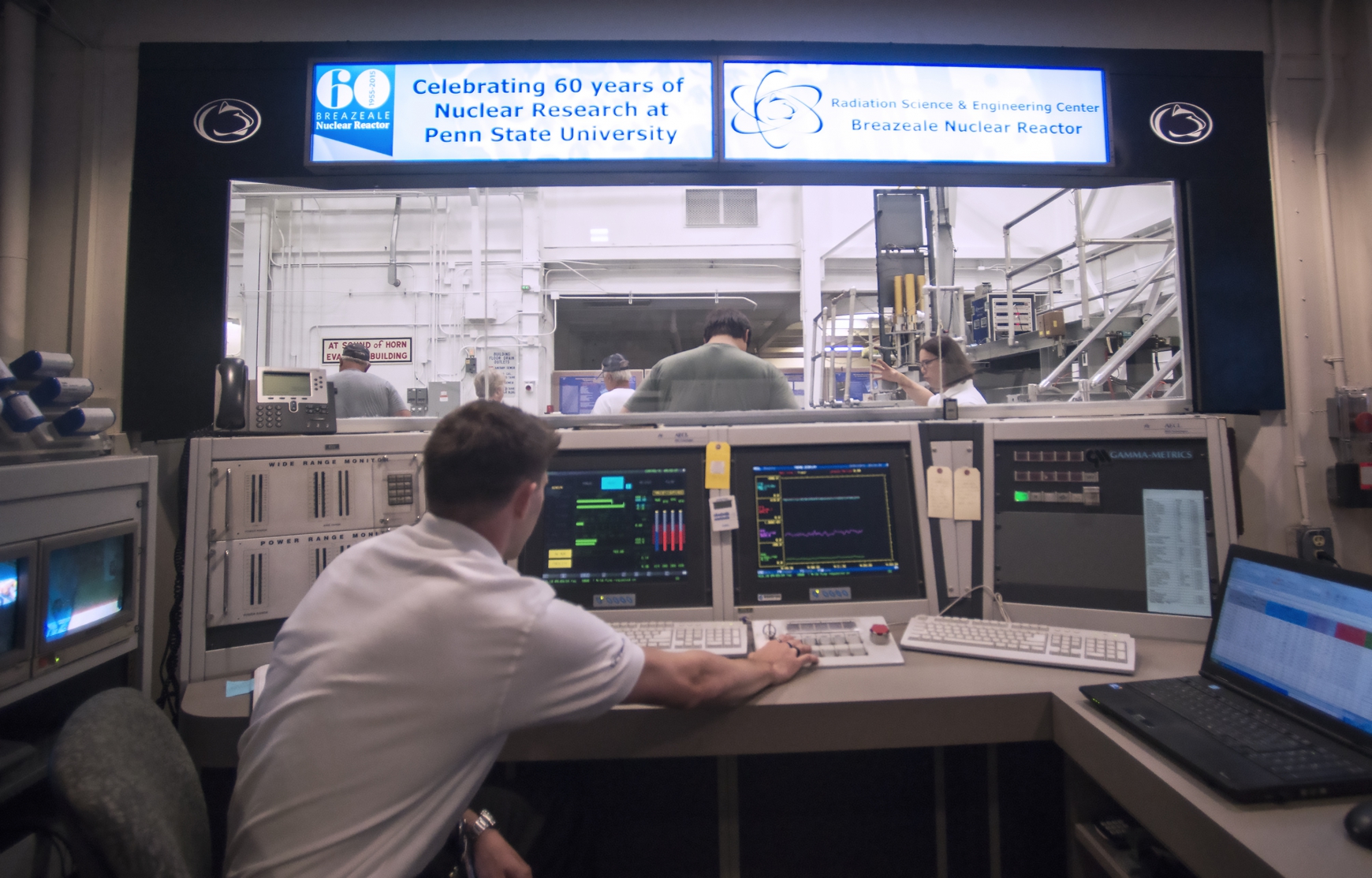 Penn State became the first university to have a nuclear reactor reach criticality on July 8, 1955. 60 years later, Penn State remains one of the top nuclear research institutions in the United States.

It all started in the early 1950s when President Dwight D. Eisenhower initiated the Atoms for Peace campaign. Eric Walker, Dean of the College of Engineering and Architecture at the time, proposed Penn State take advantage of the research opportunity. Milton Eisenhower, Penn State president during this time and Dwight’s brother, supported this idea and the Board of Trustees approved the proposal in 1953. From there, Penn State became the first American university with a research nuclear reactor.

Education was an important aspect of the reactor research at Penn State. So, in 1956, Penn State became one of only two schools in which the International School of Nuclear Science and Engineering was established in order to educate foreign students on nuclear energy. The Penn State Radiation Science and Engineering Center (RSEC) was later established in 1990 to further promote research and education of nuclear energy.

One of the other main goals of developing the research reactor in the 1950s was to educate the public on the advantages nuclear energy provides. This continues today as RSEC provides tours of the facilities and educational opportunities for all levels of students. Ranging from basic elementary school level tours to advanced college level research programs, the Breazeale Nuclear Reactor provides an incredible opportunity for anybody interested in learning more about nuclear energy. More than 3,000 people a year visit the facility, going on tours, performing RSEC-led experiments, and learning more about Penn State’s contributions to the nuclear energy world.

Even with all the advancements and contributions research at the reactor has given them, researchers still want more. Penn State completed a $4.5 million renovation to the reactor in 2011 and was awarded a $1.36 million grant from the United States Department of Energy in 2013 to upgrade the reactor core and moderator structure. Put simply, the reactor will be upgraded in order to be able to conduct more experiments and research.

As the reactor research program continues to advance, educational opportunities also move in this direction. Between 2008 and 2014, approximately 30 staff members and 28 graduate students worked in the facility yearly. Undergraduate students are also able to enroll in laboratories such as radiation detection and measurement, and reactor physics. More than 100 students each year were involved in these courses between 2008 and 2014. RSEC also offers 24 courses in eight colleges.

A tour of America’s first university-run nuclear reactor will surely be an unforgettable experience. To learn more about the reactor or to schedule a tour, visit RSEC’s website. RSEC is also hosting an open house on October 17, which will be a great opportunity to talk to nuclear engineering students and staff at the reactor and learn more about what Penn State has contributed to nuclear research over the last 60 years. 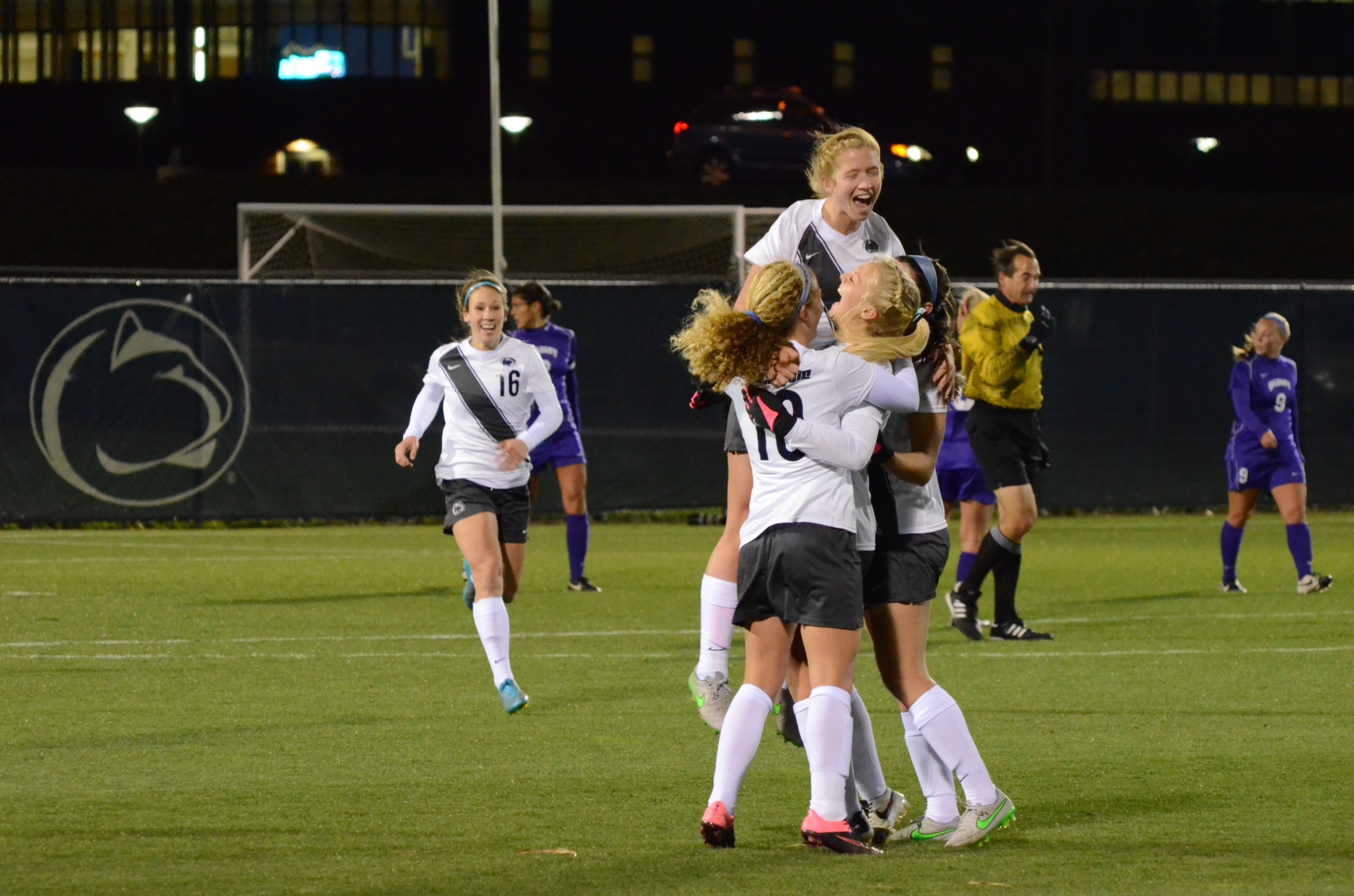