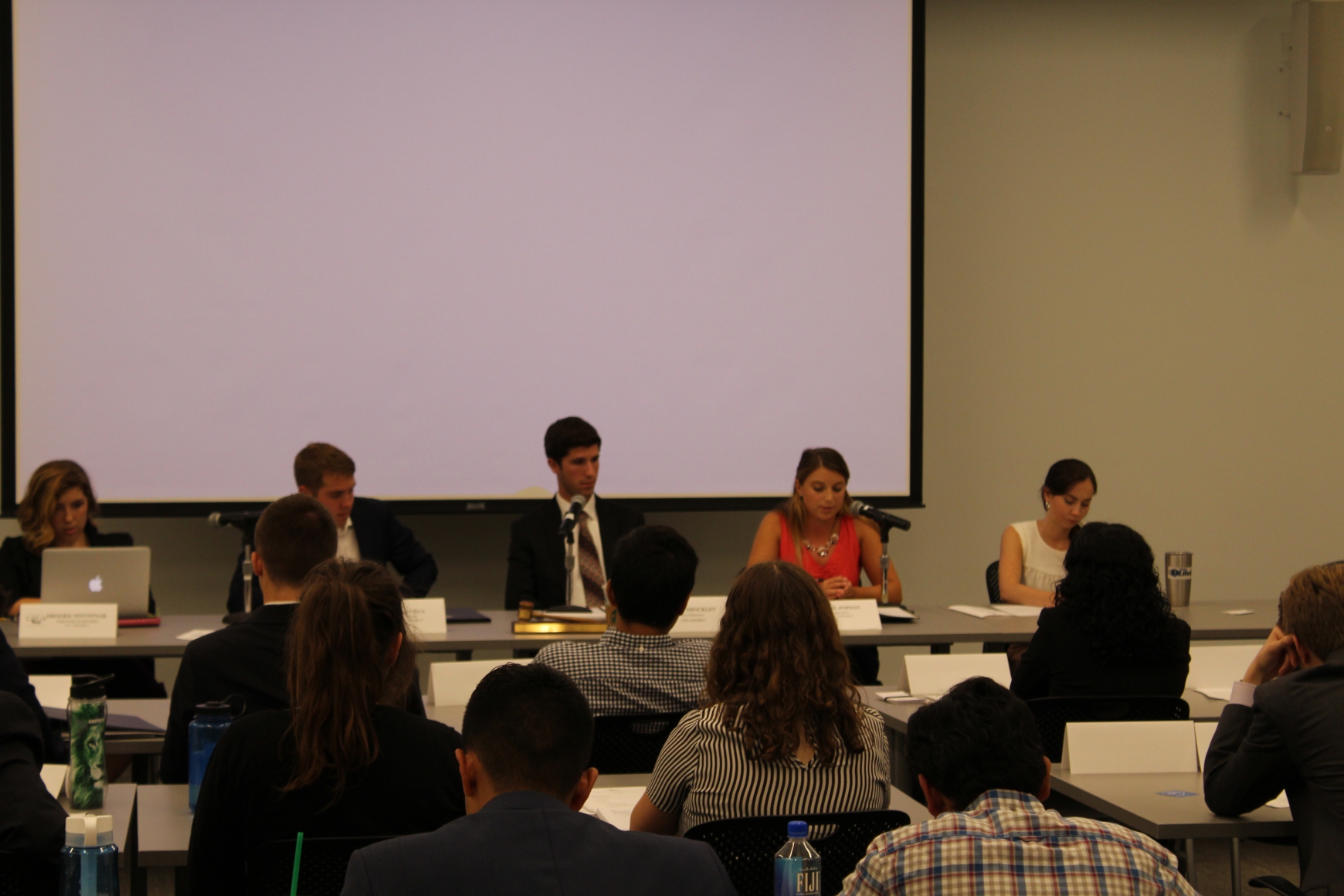 This week’s University Park Undergraduate Association meeting kicked off with a speaker for open student forum, which, if you’ve been following along, you realize is a rare occurrence.

Ben Schiavone spoke on a quote he read in The Daily Collegian about Ben Shapiro appearing on campus last year. While we couldn’t confirm with Schiavone directly, we’re pretty sure he meant this quote, which appeared in an article The Collegian published last week called “Looking back at Penn State speakers who came to campus in midst of university blocking Richard Spencer“:

“I don’t feel safe or comfortable with a racist asshole being on my campus,” one student formerly told The Daily Collegian.

“To read something like that, calling Ben Shapiro a racist, hurts me. Penn State’s home for me, and to hear that kind of stuff about another opinion really hurts,” Schiavone said. “We put so much emphasis on diversity, but we seem to be focusing on skin color, or race, and not so much on thoughts.”

“If we are Penn State, we need to be diverse in opinion, and if we fail to do that, well then, we’re not really Penn State after all, are we?”

Schiavone asked the UPUA to voice his concerns to President Barron to be addressed immediately.

Oh, and the assembly managed to fit in some business, too. UPUA will sponsor an on-campus job fair for students looking for part-time jobs on campus this year. The fair will be held from 11 a.m. to 3 p.m. Thursday, September 7 in Heritage Hall with employers like Campus Rec, Residential Dining, Ancillary Services, Commons Desk Operations, and University Police. Resolution 06-12, Establishment of the On-Campus Job Fair, passed unanimously.