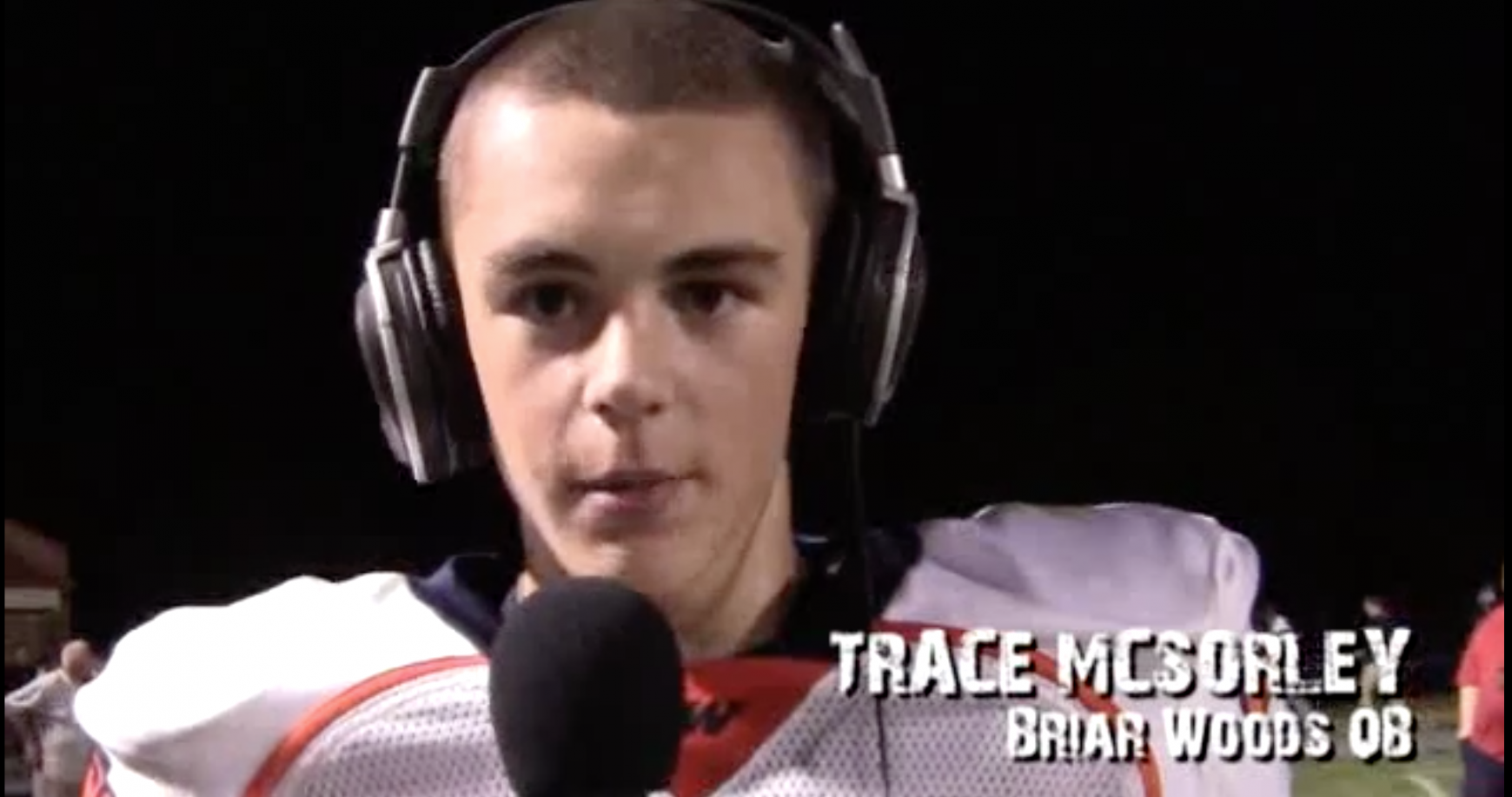 Although he led a second-half team offense all last season, a true game-winning last drive eluded Trace McSorley before Saturday, discounting the one-play overtime drive against Minnesota last season that came entirely on the back of one magical run by Saquon Barkley. Twice, he’s thrown fatal interceptions on Penn State’s final drive of three-point games.

But on Saturday, he led Penn State 80 yards down the field in 1:30 to a go-ahead touchdown, a seven-yard pass to Juwan Johnson.

Even though it took 18 games for McSorley to lead Penn State to his own walk-off win, the first such drive of his career came seven years ago, in the first high school start of his freshman season at Briar Woods High School. McSorley, who turned 15 five days before, marched his team 90 yards down the field without his top-two running backs during the last two minutes of the game to set up a game-winning field goal that gave the Falcons a 10-8 win over Millbrook.

Post-game highlights show a young McSorley at even more of a physical disadvantage, scrambling around players a foot taller than him before unabashedly heaving a deep throw downfield or intrepidly scampering for a first down. Although his trademark home run touchdown dance and headband aren’t as old as his boyish smile, McSorley gave Virginia football fans a preview of what to expect over the course of his high school and college careers.

“We had a question about how a freshman quarterback could operate under varsity play and the speed of the game, but handle the pressure, he did,” Gameday Broadcast Network hosts said in a postgame show. “You talk about ice water running through his veins. All game long, he looked like he had been playing at the varsity level for years.

It’s gonna be a fun year to watch Trace McSorley.”

A fun year it was for Briar Woods. A year removed from starting for the high school’s freshman team as a precocious eighth grader, McSorley guided the Falcons to a 13-2 record. He brought the Falcons to the first of four-straight state championship games, winning three of them. He came to Penn State with a 55-5 record in high school.

As for his college career, you know what’s happened (so far).

If McSorley is the Wizard of Camelot, then Briar Woods head coach Charlie Pierce is the Soothsayer.

“He has a great future and is beyond his years. He’s a competitor and works hard,” he said in a post-game interview. “We knew he’d be special, but we just had to fit him into our offense.”

When he was interviewed after the game and asked about his performance, McSorley already sounded like a James Franklin-coached player despite Franklin still being an assistant at Maryland and McSorley being 55 pounds away from a Division I scholarship.

“We showed great heart and that was a great team effort, from the first quarter to the fourth quarter.”

Perhaps the biggest similarity between the two performances by McSorley though were the ways both will go down in each team’s lore.

“Falcon fans now have their own version of ‘The Drive.’ Forget John Elway for us older guys,” the one host said. “It’s all about Trace McSorley.”

Saturday might not have been all about Trace McSorley (Saquon Barkley played pretty well, too), but it will hold a special place in Penn State history as an iconic possession up there with his game-tying drive against Minnesota last fall, Allen Robinson’s overtime-forcing reception against No. 18 Michigan in 2013, and Todd Blackledge’s game-winning drive to upset No. 3 Nebraska in 1982.

Share via
Trace McSorley Has Had Ice In His Veins Since Freshman Year Of High School
https://onwardstate.com/2017/09/25/trace-mcsorley-has-had-ice-in-his-veins-since-freshman-year-of-high-school/
Follow @onwardstate
Send this to a friend