Happy Valley Heisman Watch: Is There Anything Saquon Barkley Can’t Do? 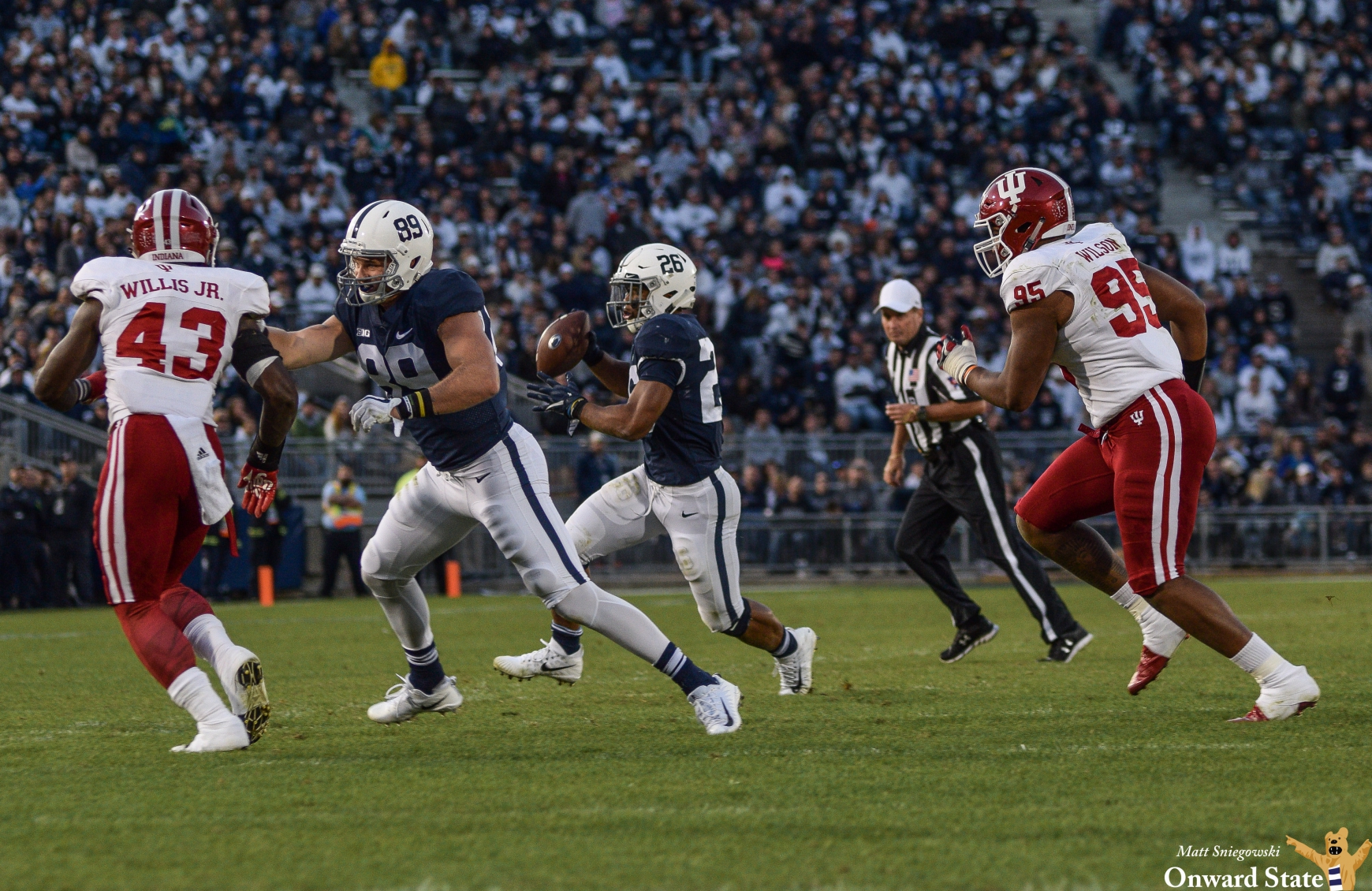 Saquon Barkley said after Penn State’s 45-14 win over Indiana that his dad predicted a few days ago when they were on FaceTime that he would return a kick for a touchdown against the Hoosiers. But we’re willing to bet he didn’t predict his son would also throw for a touchdown.

The Nittany Lions started off quick out of the shoot, ending the first quarter up 28-0. Despite some field goal difficulties and decidedly slower second and third quarters, Penn State maintained a strong 38-14 lead nearing the end of the game.

On Penn State’s final drive of the night, Trace McSorley moved effortlessly down the field with passes to DeAndre Thompkins, Barkley, and Juwan Johnson. And then things got interesting.

Barkley's first career touchdown pass goes for 16 yards, plus it's Hamilton's third of the day.

Moorhead called a play that gave the ball to Barkley — just not in the usual way. From Indiana’s 16-yard line, Barkley completed a pass to the house and into the ready and waiting arms of DeaSean Hamilton, who, by the way, is now Penn State’s all-time leader in receptions.

The Nittany Lions are still pulling tricks out of Joe Moorhead's playbook late in the fourth quarter. pic.twitter.com/hxZXOmvwux

“The passing touchdown…I was completely nervous,” Barkley said, explaining he was thankful Joe Moorehead trusted him enough to call the play.

Between rushing, receiving, returning kicks, and now passing, Barkley is having himself a day every single Saturday. He’s a once-in-a-generation player, and there’s a reason he’s topped Heisman predictions lists the past few weeks — even though he couldn’t care less.

So was this play about the Heisman? James Franklin says no.

Even so, it’s hard to imagine a world where you call a running back to step in as a passer without any ulterior motives. Oklahoma is on a bye week, but it seems Barkley could be giving Baker Mayfield a run for his money this season.

It’s worth noting USC’s Sam Darnold was seriously struggling this week against Washington State with zero passing touchdowns in a game that was decided by his own late-game fumble. We’ll see how Rashaad Penny fares late Saturday against Northern Illinois.

There are still plenty of games left to play this season, but one thing’s for sure: If anyone’s going to bring home the Happy Valley Heisman, it’s Saquon Barkley.

Share via
Happy Valley Heisman Watch: Is There Anything Saquon Barkley Can\'t Do?
https://onwardstate.com/2017/09/30/happy-valley-heisman-watch-is-there-anything-saquon-barkley-cant-do/
Follow @onwardstate
Send this to a friend