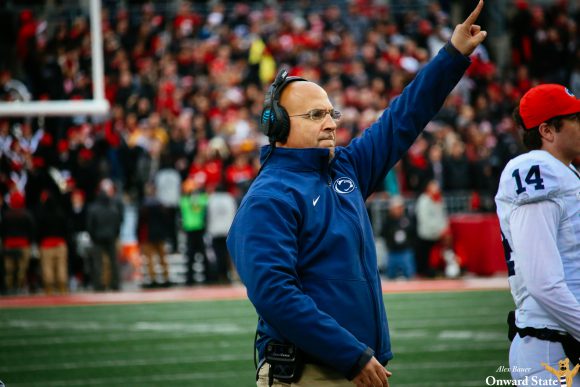 Over the course of Penn State’s incredible run following its loss to Michigan in the Big House last year, the Nittany Lions have won 16 out of 18 games. The only blemishes throughout that streak of contests remain a devastating loss in a legendary Rose Bowl to USC, and a narrow one-point result in Columbus where Ohio State led for just a minute and 48 seconds.

It’s important to acknowledge Penn State isn’t in trouble. A lot of highly-ranked teams still have to play each other, and a one-loss Georgia team likely wouldn’t be selected to rematch Alabama as a four-seed over the Blue and White. After all, even Urban Meyer thinks the committee kind of owes us one.

In these two losses, Penn State had plenty of stellar plays and chances to win. The Nittany Lions deserve a lot of credit for what they were able to do against two top-notch opponents with the college football spotlight shined on them.

However, there are many obvious similarities in both of these losses that show repeated fundamental execution and coaching errors. The Rose Bowl defeat and the heartbreaking loss at the Horseshoe shine a light on Penn State’s greatest two weaknesses — play-calling with a close lead and depth in the trenches.

We took a look back to the last four offensive and defensive drives of each game, sixteen in total, to see how Penn State blew a two-touchdown lead in the fourth quarter not once, but twice.

Here are the situations of each game from the point we started these scenarios, both times with Penn State in possession of the ball:

Outside of the drive that produced a field goal to make the score 38-27, Penn State had 3-and-outs on their other three offensive drives in the last period of play at Ohio Stadium. This includes the final drive of the game, in which they turned the ball over on downs. Heisman frontrunner Saquon Barkley was mauled for a total loss of eight yards on six carries, as the grey-clad defensive front man-handled Penn State in the trenches. Not to mention Blake Gillikin’s punt following the first drive of the quarter was blocked, leading to a Buckeye score two plays later.

Defensively, J.T. Barrett shredded the Nittany Lions. Three touchdown drives and a kneel down led the Buckeyes back from their 15-point deficit. The home team was able to rack up 184 yards on Brent Pry’s defense in the quarter, a shocking display against what was the nation’s second-ranked scoring defense prior to the game. The only negative play for Ohio State in the last 12 minutes was the kneel down to end the night.

The Trojans forced three punts on two 3-and-outs for Trace McSorley and company, halting an offense that had roared to life for seven consecutive touchdown drives earlier in the game. Barkley mustered just 14 yards on nine carries for Penn State, unable to find any space as USC blitzed relentlessly against Penn State’s conservative play-calling. When Joe Moorhead did finally try to go downfield, he called a play that led to McSorley forcing the interception that ended up setting up USC’s game-winning field goal.

Sam Darold vaulted his name to the top of preseason draft boards and Heisman lists with his final four drives against Penn State. Then a freshman, Darnold completed his ten passes of the game, adding up for 135 yards for the Trojans. The Nittany Lions did force one punt, but gave up scores on each of USC’s other three drives. On the game-tying touchdown drive, two consecutive pass interference penalties on Penn State yielded 30 free yards to the potent USC offense. The defense only recorded one tackle for loss in the quarter, a three-yard loss on a reception by Ronald Jones.

On six out of the eight offensive drives Penn State had in these scenarios, the Nittany Lions ran the ball with Saquon Barkley on first down. On those six carries, No. 26 tallied a loss of 11 yards. The lack of depth along the offensive line compared to what Ohio State and USC had in the trenches was obvious. In both of these games, the front seven were able to sell out on the run since the Nittany Lions all of a sudden winded their offense back as if they were putting on conservative mode in NCAA Football 14.

Among the two drives where Penn State did start out throwing, one of them was the pass-obvious situation at the end of the Ohio State game that ended on downs. On the other hand, a Penn State drive that saw McSorley scramble for 23 yards and then complete four straight passes for fifty yards ended with a field goal. All of the momentum was behind Trace’s arm following a huge leaping third down-conversion by Mike Gesicki. The next play, Saeed Blacknall raced down the sideline and gave Penn State a first and goal.

Then, Moorhead calls three straight running plays and settles for a field goal.

The offense saw the same problems in the USC game, as Barkley received a third of his touches on these four drives. With the ball going to him on nearly half (15/34) of the plays on these eight drives, he registered just eight yards.

The Nittany Lions lack depth in the trenches late in games, as well. Penn State made just one tackle for loss on the eight drives. The lack of pass rush allowed Darnold and Barrett to expose the secondary. The two signal-callers flung the ball for a collective 205 yards.This is likely due to the four total 3-and-outs that kept them on the field for long periods late in each of the games.

If Penn State used its quick-release plays and established a rhythm like it did on that drive that earned the Nittany Lions a field goal in Columbus, they likely win at least one of these games. Barkley garners too much attention to expect him to put the game on ice late. McSorley is more than capable of making quick throws when he does find that rhythm, and it would keep the opposing defenses guessing more. If the defense blitzes, a quick slant over a blitz can always go for big yards (just ask Irvin Charles).

Penn State’s biggest defensive mistake was allowing the quarterbacks time to throw and playing conservative, prevent-style defense. Barrett makes mistakes when under heavy pressure, as we saw a year ago and in countless other Buckeye games. If the defensive line can generate pressure against him on any of the drives late in the night, the Nittany Lion secondary might have caught their collective breath.

I’m a firm believer Penn State still has a path to the College Football Playoff, even if Ohio State wins out. Should the Blue and White play in another game of that magnitude this season, pay attention to see if the team will improve its play-calling and depth to be able to compete for a full four quarters among the nation’s elite. 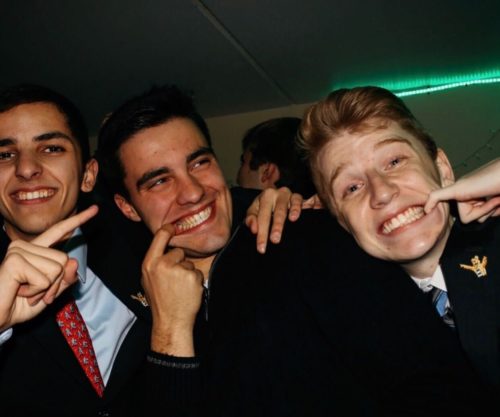 Share via
Numbers Don\'t Lie: Penn State\'s Last Two Losses Have A Lot In Common
https://onwardstate.com/2017/11/01/numbers-dont-lie-penn-states-last-two-losses-have-a-lot-in-common/
Follow @onwardstate
Send this to a friend