Four Diamonds added to the sea of flashing lights in the Bryce Jordan Center stands Friday night by donating thousands of multicolored LED light sticks to THON. Entertainment Committee members walked the rows of the BJC, distributing the sticks to the crowd just in time for a surprise performance from Misterwives.

Four Diamonds donated the sticks to committee captains at an annual summit in Hershey, Pennsylvania.

“They give them to any Four Diamonds function,” Entertainment Committee member Megan Grayson said.

“Everybody seems to like them,” another Entertainment Committee member, Joe Maguire, said. 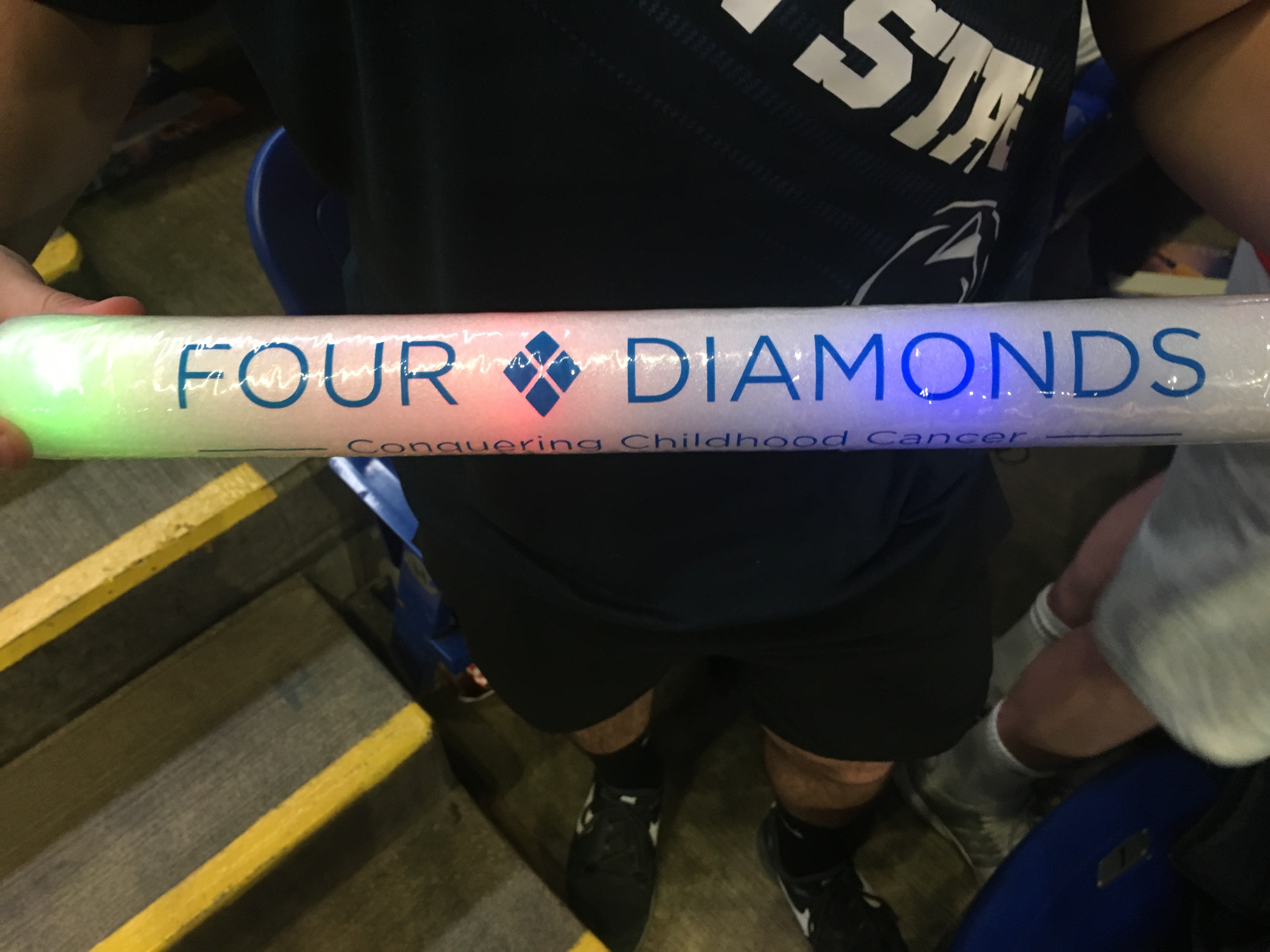 Once the sticks are removed from their plastic wrapping, users pull a tab from the bottom and press a button to turn them on. Blue, green, and red lights then flash in different patterns from inside the styrofoam-looking batons.

The crowd waved and clapped the sticks to the rhythm as Misterwives rocked the BJC stage.

Each section of the arena received a specified number of light sticks, according to Grayson. The Entertainment Committee plans to recollect them later Friday night.