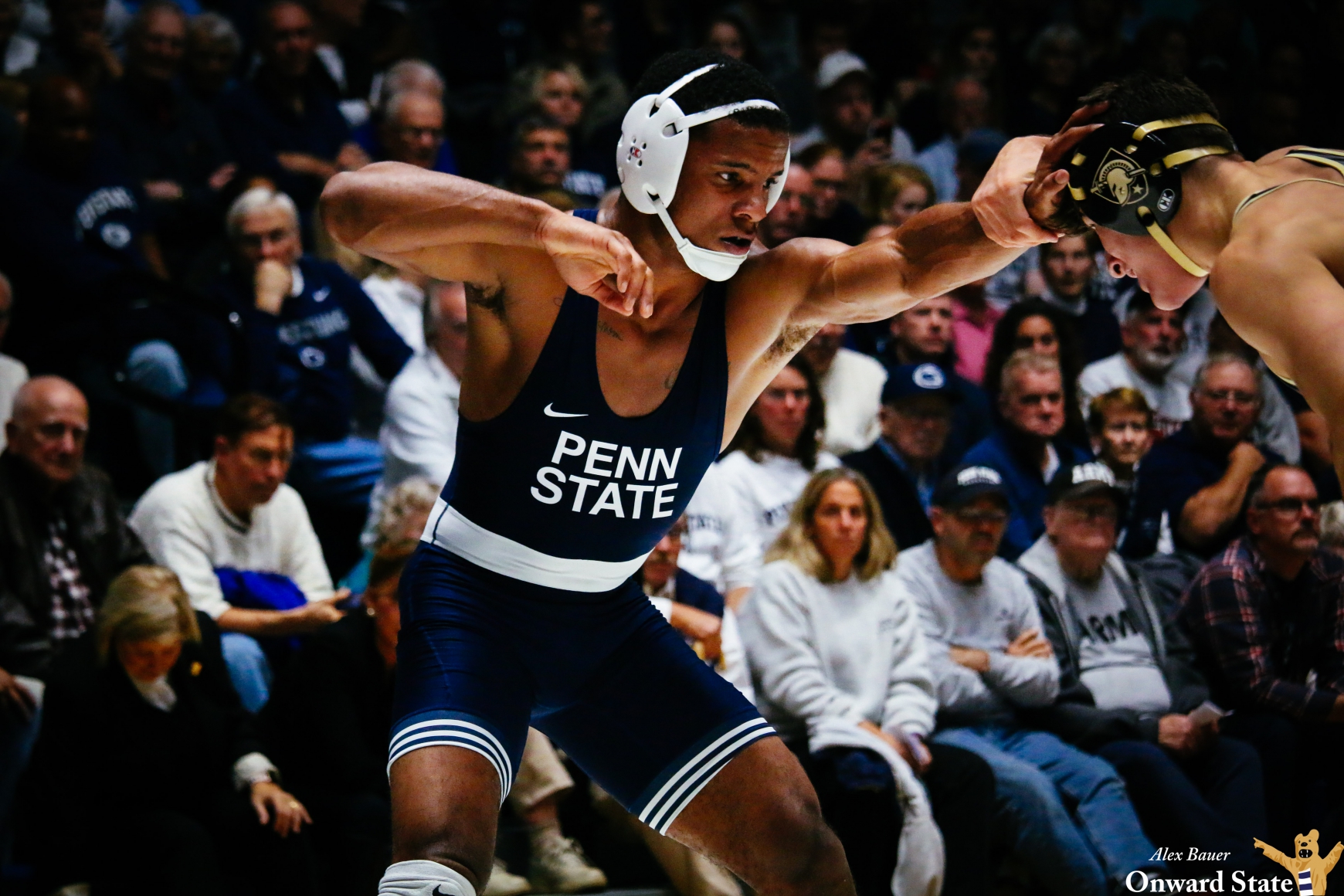 Penn State wrestling has sold out 6,502-seat Rec Hall 41 straight times, a run that dates back to the 2012-13 season when Ed Ruth and David Taylor were juniors. During that span, the Nittany Lions have also sold out the 15,261-seat Bryce Jordan Center in four of the six duals they’ve wrestled there, most recently setting a record for the most spectators at a non-Beaver Stadium Penn State event with a crowd of 15,998.

Getting into these sold-out crowds is so difficult that there’s a waiting list for season tickets with more than a thousand names on it, according to head coach Cael Sanderson.

However, change may be on its way for home duals in order to accommodate the now consistent standing-room-only crowds.

“People [on the waiting list] think they’ve been forgotten, but the reality is, people don’t give up their season tickets,” Sanderson said Wednesday. “It’s a challenge and something we wrestle with. We wish Rec Hall had more seats, but it doesn’t. We have our fingers crossed on that, but we’ll see.”

The casual comment by Sanderson was mixed in with a lighthearted quip that sports information director Pat Donghia was leading the effort to expand Rec Hall himself.

Sanderson also spitballed the idea of wrestling at the Bryce Jordan Center more often in order to give more fans the opportunity to watch the Nittany Lions in person.

“I don’t know what the right answer is: if we move more matches to the Jordan Center or all of our matches,” he said. “It’s just someone we talk about on a regular basis each year.”

During the 2015-16 season, the only year that Penn State wrestled at the Bryce Jordan Center twice, the promotional dual didn’t lose its allure. The Nittany Lions still drew crowds of 12,862 and 15,983 against Wisconsin and Ohio State, respectively. Both crowds easily surpassed the basketball teams’ attendance records for the 2015-16 season, which reached attendance in the mid-10,000s only a handful of times.

Wrestling full-time at the Bryce Jordan Center would give Penn State a venue on par with the capacities of other program’s modern home mats, including Iowa’s Carver-Hawkeye Arena (15,500), Iowa State’s Hilton Coliseum (14,384), and Oklahoma State’s Gallagher-Iba Arena (13,611).

Of course, adding another sport (one with a much different floor setup than basketball) into the BJC’s winter rotation that also includes various concerts and THON will pose a new set of logistical challenges.

Plus, what the team would gain in selling more tickets by relocating across campus more permanently, it would lose in leaving behind Rec Hall’s dramatic atmosphere, deafening acoustics, and rich history. We’re sure Tom Ryan would be happy, though.

PSU does a lot right… but not with this dual. A bit confused why this dual is being wrestled in a small venue & no @wrestlingbucks fans had a chance to get tickets. Not how we would have handled it.

“We love having a soldout arena, whether it’s the Jordan Center or Rec Hall,” Sanderson said. ‘The demand is important, so as long as our guys continue to compete in an entertaining fashion, people are going to show up.”

Don’t expect the Nittany Lions to be headed anywhere soon, however. Recent headlines of both The Final X Series coming to Happy Valley this summer and USA Wrestling’s interest in a Rec Hall-hosted Olympic qualifier demonstrate the humble, 89-year old brick building is still emerging as a national Mecca of amateur wrestling in a world of gargantuan wrestling-specific arenas.