Zara Moss used the friendly confines of Happy Valley to make it to the NCAA title bout in women’s sabre for Penn State fencing on Friday at the Multi-Sport Facility.

The freshman led the competition after the round robin — winning 19 of her 23 bouts to guarantee herself a spot in the semifinal. In that matchup, she took on Penn State teammate Karen Chang.

Chang, like in the round robin when she lost 5-3, did not have an answer for her fellow Nittany Lion. Moss advanced in the matchup 15-3 to face Princeton’s Maia Chamberlain in the final. 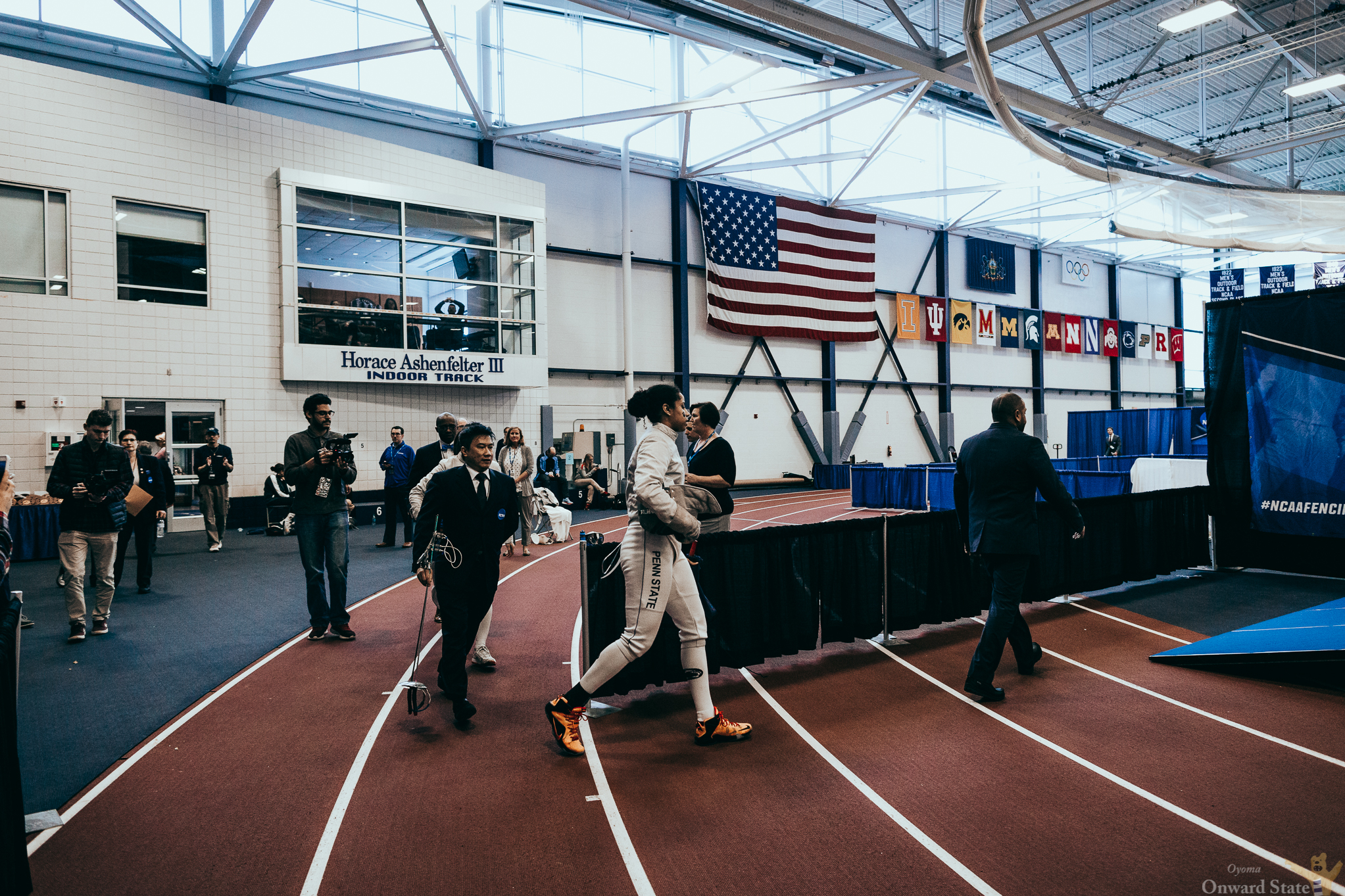 Moss started strong, but couldn’t avenge a round robin loss to Chamberlain. The Tigers earned their second individual national title on the day, winning the sabre bout over the Nittany Lions’ Moss, 15-11.

Penn State’s fencers in the other women’s divisions didn’t advance to the semifinals. Lodovica Bicego and Isabella Zuzulo finishing fifth and 13th, respectively, in foil. Barbara Vanbenthuysen finished in eighth while Anastasia Kalonji finished in ninth in epee.

The Nittany Lions are currently in second place in the team standings with 89 points, six points behind Notre Dame.

Penn State has not won an individual national championship since Andrew Mackiewicz won the men’s sabre event for the second consecutive year in 2016. He’ll compete when the men’s competition gets underway on Saturday. The finals in all three men’s divisions, where Penn State has four fencers, is Sunday.