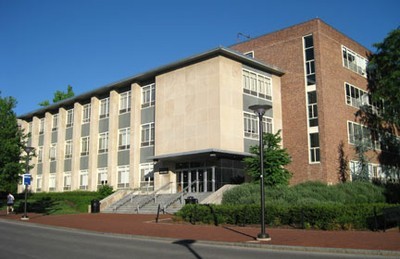 Lion’s Pantry is expanding its reach across campus thanks to the efforts of the University Park Undergraduate Association.

UPUA Vice President Laura McKinney came up with the idea of creating Cub Pantries at the beginning of last semester.

“We wanted to have a place where students in need could get food in a pinch if they were unable to make it out to the Lion’s Pantry,” McKinney said.

Located past the IM fields near the Katz Law Building, the Lion’s Pantry has provided non-perishable food items and toiletries to Penn State students since 2014. However, the pantry isn’t always easily accessible to students due to its location.

McKinney and UPUA teamed up with the Lion’s Pantry and Project Cahir, a group that works to address student poverty issues on campus, to transform the vision of Cub Pantries into a reality.

Since the initiative launched in December, two pantries have already been established — one inside the Pasquerilla Spiritual Center and the other the LGBTQ Resource Center in the Boucke Building. All students have access to these mini pantries, and no Penn State ID or other verification is required.

Like the Lion’s Pantry, each Cub Pantry is stocked with a wide array of non-perishable food items. These can include canned goods like vegetables, beans, and soup in addition to pasta, rice, cereal, oatmeal, granola bars, and dried fruit. The majority of these items are provided by the Lion’s Pantry — volunteers pick up food each day at the main pantry and distribute it to the smaller subsidiaries on campus.

So far, both Cub Pantries have been quite successful, providing students with valuable resources in discreet, yet convenient locations on campus. But McKinney isn’t satisfied — her team is in the process of expanding the initiative, adding more Cub Pantries to campus and continuing to grow their outreach and impact.

“Our end goal is to be able to have as many Cub Pantries available as possible, in convenient locations all across campus,” McKinney said.

Rory is a junior from Binghamton, New York majoring in Spanish and journalism. She has been bleeding blue and white ever since her older siblings decided to create a family dynasty in Happy Valley. She loves anything Penn State (especially Yallah), the Yankees, Knicks, Giants, and a good old fashioned New York slice. Feel free to email her at [email protected] or follow her on twitter @rorypelella.

Naturally, we set out to hand out some awards to some of the brightest and most unique plants in the Arboretum.