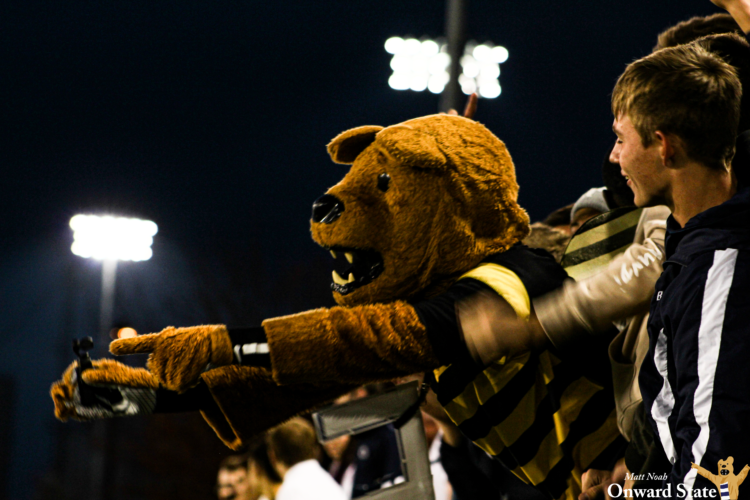 Penn State men’s soccer checked in at No. 13 in the United Soccer Coaches’ Poll. That’s a three-place improvement from the previous poll, and the third time this year the Nittany Lions have been ranked.

Jeff Cook’s side won the final two games of the regular season this past week — both thanks to overtime heroics from senior Christian Sload. On Tuesday, Penn State came back to beat then No. 17 Maryland 3-2; the Terrapins No. 23. On decision day, the Nittany Lions avoided a scare to beat Rutgers 2-1 and complete the regular season as the No. 2 team in the Big Ten.

Additionally, Penn State came in at No. 11 in the NCAA’s Top 16 ranking, which is a late season poll that mirrors the CFP ranking in football. Before the run of three straight top 25 appearances, Penn State hadn’t been ranked since September 22, 2015, when it was placed at No. 21.

Penn State will enter the postseason with a Sunday matchup against Wisconsin this week at Jeffrey Field. A win would send the Nittany Lions to College Park, Maryland for the Big Ten’s final four. 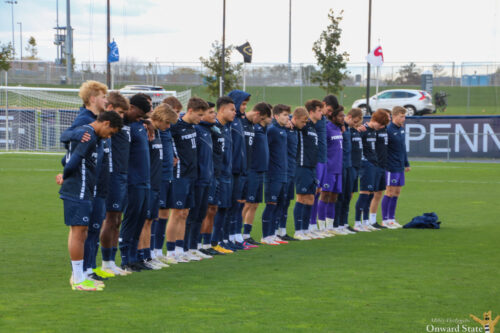 Share via
Penn State Men\'s Soccer Moves Up Three Spots To No. 13 In United Soccer Coaches Ranking
https://onwardstate.com/2019/11/05/penn-state-mens-soccer-moves-up-three-spots-to-no-13-in-united-soccer-coaches-ranking/
Follow @onwardstate
Send this to a friend