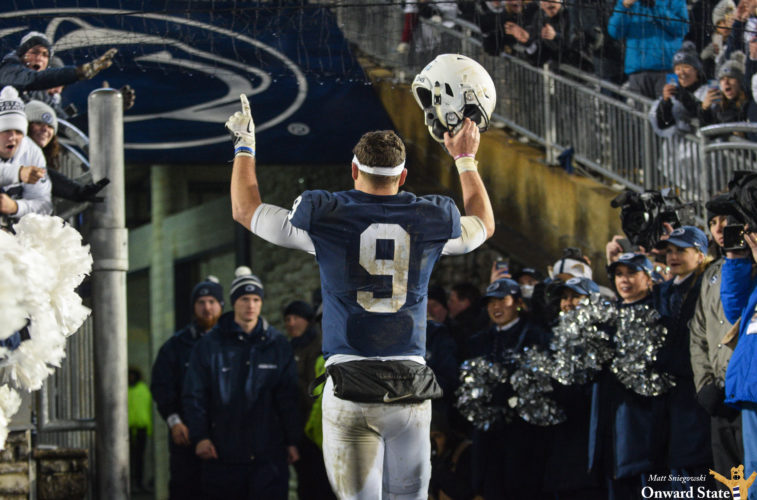 Say it with me, Penn State: Trace McSorley is officially an NFL quarterback.

McSorley made his official NFL debut in the Baltimore Ravens’ week 17 matchup against the Pittsburgh Steelers in Baltimore. He took a zone read himself for a gain of a yard on 3rd and 2 early in the first quarter.

Baltimore’s third-string quarterback dressed for the game as the team rests many of its starters — including potential NFL MVP Lamar Jackson, who’s lit the NFL world on fire with an insane 2019 season as the team’s starting quarterback. McSorley hadn’t dressed for a regular season game as an NFL player prior to Sunday, but his name is now in the league’s official record book thanks to his first career snap and carry.

McSorley earned a spot on the Ravens’ 53-man roster after a strong preseason with the team. He threw for 533 yards, four touchdowns, and two interceptions throughout the preseason — including a breakout performance against the Philadelphia Eagles that made fans of both the Nittany Lions and Ravens go insane.

Additionally, McSorley used the NFL’s “My Cause, My Cleats” initiative to pay tribute to his alma mater earlier this season. He rocked a fresh pair of THON-themed cleats, which he’ll auction off #FTK at some point in the near future.

During his time as a Nittany Lion, McSorley broke nearly every major passing record in program history. He also became the winningest quarterback to ever play for Penn State by posting a 31-9 record as a starter, and he also captured a Big Ten title in 2016 before winning the 2017 Fiesta Bowl.