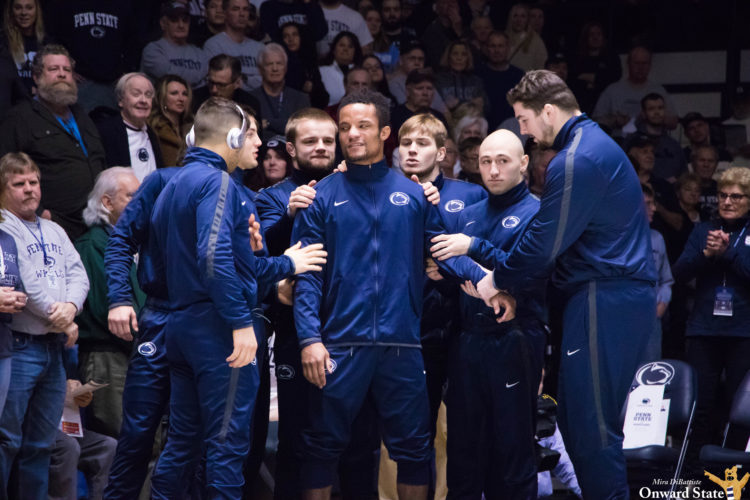 Rec Hall, you’ve heard of the Magic Man. Now, get ready for the Magician.

Top-ranked 170-pounder Alex Facundo committed to Penn State wrestling on Friday morning. Facundo, who’s ranked as the No. 5 overall recruit in the 2021 class, is the first junior to commit to Penn State.

“It’s an honor to be apart of something as special as Penn States legacy and wish to carry on this legacy,” he said in an Instagram post announcing his commitment.

It’s been a long journey ever since I was a little kid. All the hard work, sacrifices, pain, blood, sweat, and tears were meant to happen for a reason. I am blessed to announce that I will be continuing my athletic and academic career at Penn State University!!! Thank you to everyone who has supported and helped me these past 12 years and the people who have been there for me since day one. Especially my parents, my brother, Paul Donahoe, the Horwath family and coach Hall. It’s an honor to be apart of something as special as Penn States legacy and wish to carry on this legacy. We are…. #committed #PSU #blessed

Although he’s still more than a year away from joining the team. Facundo will enter an already-loaded part of the Nittany Lions’ lineup, which also features true freshman studs Joe Lee, Carter Starocci, and Aaron Brooks. However, there shouldn’t be any doubt about whether he’ll be able to hold his own in the room, which has become quite crowded as of late.

Facundo comes to Happy Valley with quite a resume, as a two-time Michigan state champion, a Cadet national freestyle championship, and a two-time Cadet World bronze medalist The next few years could play out in a number of ways, but Cael Sanderson’s recent strategy seems to be buying time by having top recruits take grayshirt years, then do a redshirt, and then enter the lineup.

Of course, as shown with Brooks and Seth Nevills this year, plans don’t always work out, but Sanderson will certainly have far from a shortage of options as he continues his dominance into the new decade.