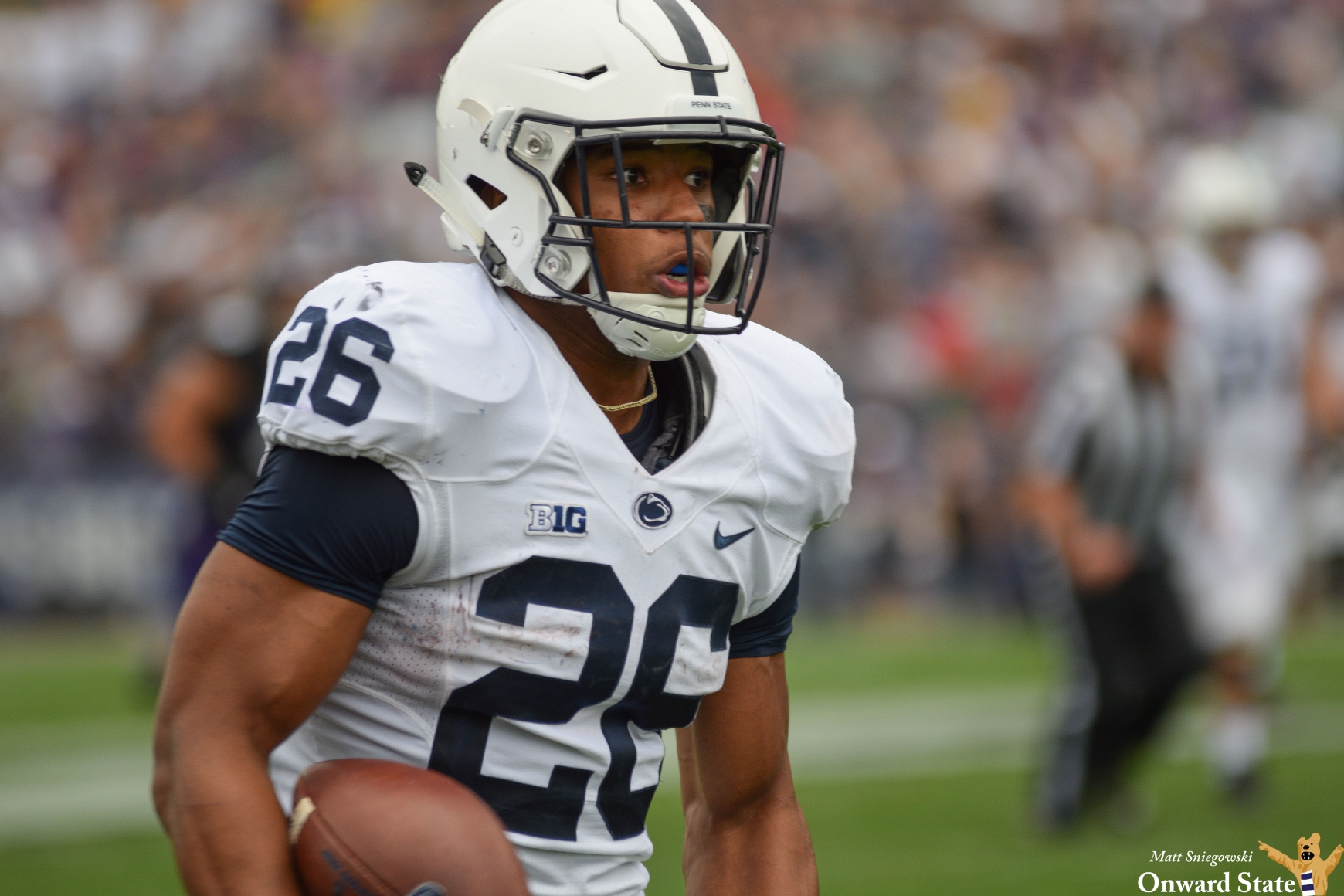 Saquon Barkley will make a (virtual) homecoming on Monday, April 20 at a virtual Q&A session hosted by the Student Programming Association.

The session will be held on Zoom and begin at 6:30 p.m. To gain access to the session, you’ll need to sign up online with a Penn State email address, to which the meeting link will be sent. When you sign up, you’ll have the opportunity to submit a question for Barkley to answer (Editor’s note: I would like to know how to get quads like Saquon.).

And if for whatever reason you need a reminder, Barkley starred for Penn State football from 2015 to 2017 and helped lead the team’s resurgence. After accumulating more than 5,000 all-purpose yards and scoring 53 touchdowns in only three seasons, he went on to be the No. 2 pick in the 2018 NFL Draft. In his first year with the New York Giants, Barkley earned Rookie of the Year honors. He’s also emerged as one of the young faces of the NFL, appearing in plenty of commercials and being among the league’s top jersey sales.

Although some of SPA’s previously scheduled lectures have been canceled or postponed due to classes being held online during the remote learning period, Barkley joins NASA astronaut Eileen Collins as guests presenting virtually.

Share via
Saquon Barkley To Speak At Virtual SPA Q&A
https://onwardstate.com/2020/04/14/saquon-barkley-to-speak-at-virtual-spa-qa/
Follow @onwardstate
Send this to a friend