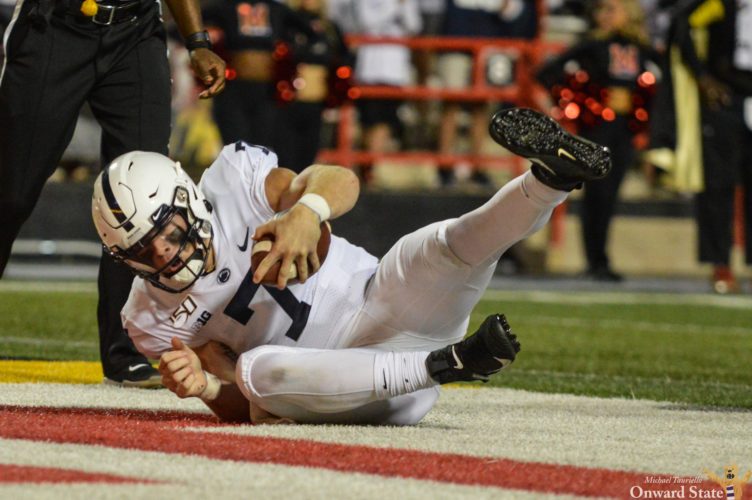 Don’t get me wrong, QB1 will always be the star of the show, but for whatever reason, the players waiting in the wings always seem to make names for themselves during their limited snaps as well as online.

Tommy Stevens was a cult hero who mastered the jet sweep and got Chad Ochocinco to voluntarily be his wingman. Sean Clifford needed only a few throws to set records, make a killer freshman highlight tape, and get his own URL redirect on this very blog.

And now, like those who came before him, rising TikTok star Will Levis, who already gave fans reasons to be excited with his bruising touchdown against Maryland and heroics in relief against Ohio State, is making the most of his time waiting for his chance on the field.

Levis has been on TikTok for a few months now and might have only a few videos to show for it, but his latest video revealed to the world how he is getting his cardio training in during quarantine.

We’re unsure if Levis noted TikTok dances when the strength and conditioning coaches designed quarantine workouts for players based on what they have at home. However, Levis appears to be working up quite a sweat while doing the shuffle dance his new touchdown celebration side-by-side with influencer Elena Cruz. Those shuffles need to be akin to the latter drills and should have Levis ready for two-a-days, right?

We’ll let you decide who did it better and why it was Will Levis.

At the time of writing, the video, which was posted Friday already had more than 112,000 views — that’s more than the number of people in Beaver Stadium for a White Out.

Before his latest video, Levis hadn’t posted since the beginning of February when he turned a crashcourse in Photoshop into a recreation of a classic moment in Spongebob history. That video has more than 12,000 views.

As we anxiously await Levis’ next post (We don’t have much else to do these days.), all we can think about is hoping Spice Adams takes Levis on as his protege for a few collab videos.