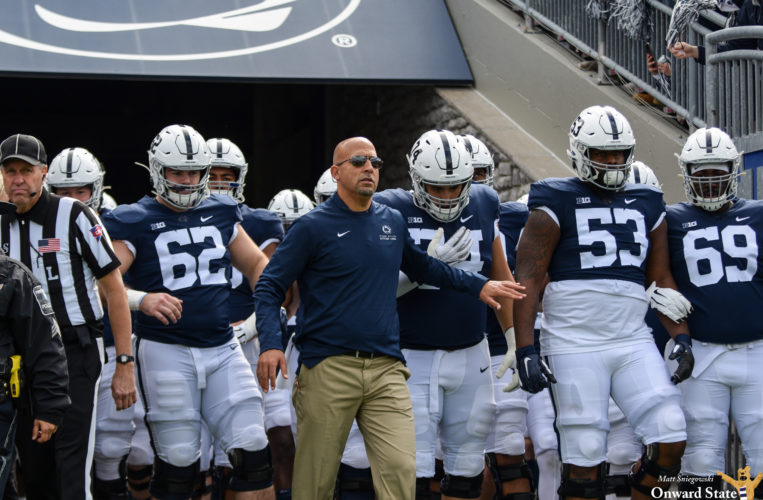 Penn State football released its first depth chart of the 2020 season Tuesday ahead of its season opener against Indiana.

The depth chart didn’t include star running back Journey Brown. It came out Monday night that Brown could potentially miss the entire 2020 season due to an undisclosed medical condition. Noah Cain was listed as the starting running back, while he was followed by Devyn Ford, Caziah Holmes, and Keyvone Lee.

Jahan Dotson, Cam Sullivan-Brown, and Parker Washington were listed as starting wide receivers. While Washington was the only freshman listed as a starter, fellow first-year players KeAndre Lambert-Smith and Jaden Dottin were both listed as back-ups.

There weren’t many surprises on the defensive side of the ball, as Ellis Brooks, Brandon Smith, and Jesse Luketa were named Penn State’s starting linebackers. Tariq Castro-Fields was listed as a starting cornerback, but Joey Porter Jr. was named the starter opposite to him, ahead of sophomore Keaton Ellis.

Ellis had a solid campaign as a freshman last year, while Porter Jr. appeared in just four games as he redshirted in 2019.

The Nittany Lions will start their season at 3:30 p.m. Saturday against Indiana on FS1.

You can check out Penn State’s full depth chart below: