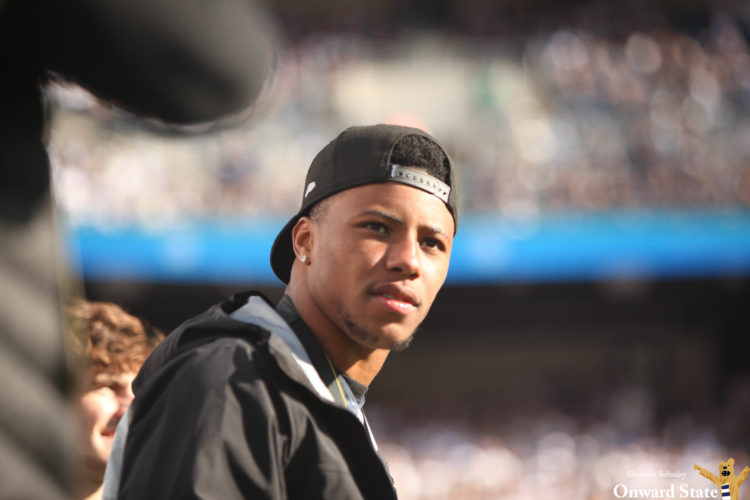 Penn State legend and current New York Giants running back Saquon Barkley will soon have his very own personally designed shoe with Nike, the company announced this week.

More than three years after Barkley became the first 2018 NFL Draft pick to sign an endorsement deal, Nike and Barkley have come together to design, make, and eventually release his very own version of the Nike Air Trainer III’s.

One of the original Nike Air Trainers was designed and released by college football legend Bo Jackson, who was one of the most notoriously known athletes across the globe at the time. Now, his design is getting a bit of a makeover by someone who idolized Jackson growing up and hopes to carry on his legacy.

The Nike Air Saquon III’s contain many hidden nods to both Barkley himself and New York. Embedded within the shoe are Saquon’s personal logo on the heel, his No. 26 on the tongue, and some yellow detailing to signify the construction zones in New York City. To add some personal touch, Barkley included two black streaks across the classic Nike swoosh to symbolize the eye black that he wears on gamedays. The shoes serves as an ode to the sneaker culture that came before.

It’s been quite the past couple of weeks for the former Penn State standout. He was just named captain of the New York Giants and recently suited up for the Giants for the first time in almost a year following his recovery from a torn ACL.

While the shoe is currently available in Canada, the Nike Saquon Air Trainer III’s will release in the United States on Friday, October 8 at $140 a pair. 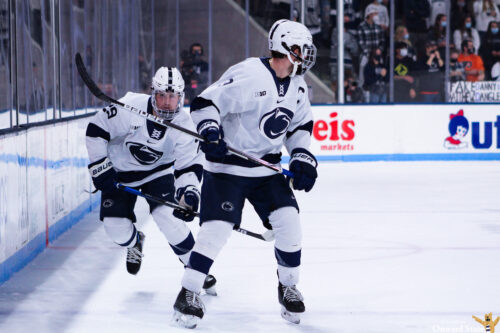 Penn State’s lack of discipline, tendencies to take bad penalties, and poor play on the penalty kill have haunted the team. Now, it’s starting to have an effect on the team’s record.