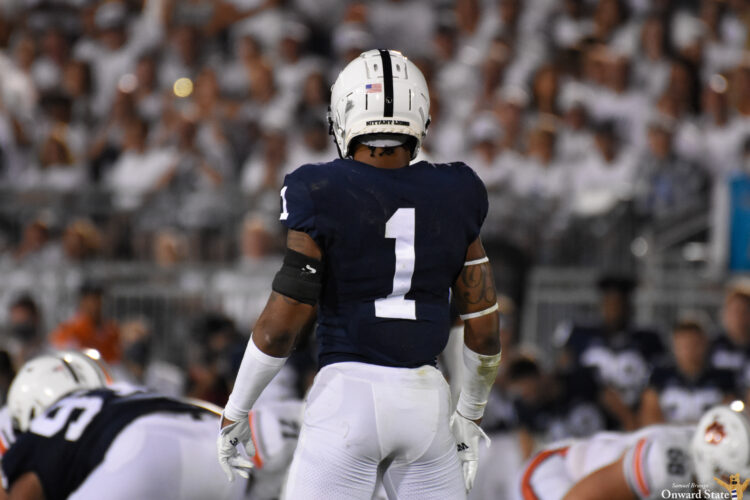 No. 6 Penn State football is off to a red-hot start, and after games against Big Ten, SEC, and MAC opponents, the Nittany Lions will now welcome an FCS squad to Beaver Stadium.

James Franklin’s squad will host Villanova for a noon kickoff this Saturday. The two teams haven’t met in football since 1951, but they’ve played each other on nine total occasions. Penn State leads the all-time series 5-3-1.

After highly anticipated games out of the gate for the Nittany Lions, Saturday’s contest will hopefully be a break for Penn State. With that, let’s take a look at the Wildcats ahead of week four:

Villanova boasts a 3-0 record thus far in the 2021 campaign. The Wildcats opened with a 47-3 win over Lehigh, rolled Bucknell 55-3, and snuck by Richmond 34-27 last week. With that start, fifth-year head coach Mark Ferrante’s squad is currently ranked No. 11 in the Stats Perform FCS Poll and No. 7 in the FCS Coaches Poll.

After playing just an abbreviated spring season due to COVID, Villanova has burst onto the FCS football scene on either side of the ball. The Wildcats currently have the second-best total defense and eighth-best scoring offense in the FCS.

While their opponents aren’t nearly up to the same caliber as Penn State, the Wildcats have hung tough with FBS opponents before. Villanova took down Temple 19-17 back in 2018 and fell by just three points to the Owls a year prior. Along with that, the Wildcats took Syracuse all the way to double overtime and fell by a point in 2014.

Villanova’s offensive unit is led by quarterback Daniel Smith. The graduate senior has thrown eight touchdowns and 598 yards through the air up to this point, including three scores against both Bucknell and Lehigh. Now in his third season calling the shots for Ferrante’s offense, the 6’0″, 190-pound signal-caller offers a strong mix of skill and experience for the Wildcats.

In his last full season for Villanova back in 2019, Smith threw for 3,274 yards and 35 scores. As for who his top targets have been this year, junior wideout Jaaron Hayek has paced the Wildcats with 13 catches worth 202 yards and three scores. Hayek’s most productive game came last week against the Spiders when he grabbed eight receptions for 127 yards and a score, but he has reached the end zone in each of Villanova’s games so far.

Outside of Hayek, Dez Boykin has put up 133 receiving yards and scored two touchdowns, while Rayjoun Pringle has managed 144 yards of receiving and three trips to the end zone.

On the ground, Justin Covington paces the Wildcats with a fourth-best in the FCS 307 yards. The graduate senior running back’s top performance came into week one when he put up 156 yards on the ground and two touchdowns. On 44 attempts so far this year, Covington boasts an impressive 6.98 yards per carry.

Behind Covington, the Wildcats have utilized a mix of DeeWil Barlee and Jalen Jackson. Barlee is second on the team with 103 rushing yards, while Jackson has 78 of his own and a touchdown.

Overall, Villanova has averaged 454.7 yards of offense thus far, which is a mark that’s good for No. 19 in the FCS. One of the Wildcats’ top performances was no doubt when they put up 55 points and 378 yards against Bucknell, but they also totaled 506 yards against Lehigh and 480 against Richmond.

Considering it didn’t let up a touchdown until week three, Villanova’s defense has had a pretty good start to its year. The group, which allows just 184.7 yards per game and leads the FCS with eight interceptions, is headlined by linebackers Forrest Rhyne and Amin Black.

Rhyne leads the Wildcats this year with 13 total tackles, while Black has totaled 12 that include three for a loss and a sack. The pair of seniors have established themselves as the leaders of Villanova’s defensive unit, as Rhyne has 8.5 total sacks dating back to 2017 while Black has 5.5.

Up front, defensive lineman Malik Fisher will be relied upon for Villanova to get any pressure on Sean Clifford and slow down the run game. The 6’4″, 265-pound graduate senior has eight total tackles this season, including four for a loss, and forced a fumble last week against Richmond. The New York City native has impressed the Wildcats since he arrived in 2017, and will likely be a focus for Penn State’s offensive line Saturday.

Garret Zobel will line up alongside Fisher. The junior has seven total tackles thus far, including 1.5 for a loss against Bucknell.

The Wildcats have yet to be tested by an offense that’s up to Penn State’s level, but the group has certainly impressed up to this point. Most notably, Villanova’s rushing defense has allowed just 29.3 yards per game so far. With the group’s size and ability at defensive line and linebacker, we’ll see if it can keep up with the likes of Noah Cain and Keyvone Lee on Saturday.

Cole Bunce and William Bartel have split time at kicking duties this season. Bunce has attempted nine extra points so far while Bartel has taken seven, but both have been perfect there. The first of the pair has hit 5-of-6 field goal attempts so far, and Bartel has converted on his two opportunities.

At punter, the Wildcats will rely on the services of Nathan Fondacaro. The senior has handled punting duties since 2018 and is averaging 35.3 yards on seven attempts this season.