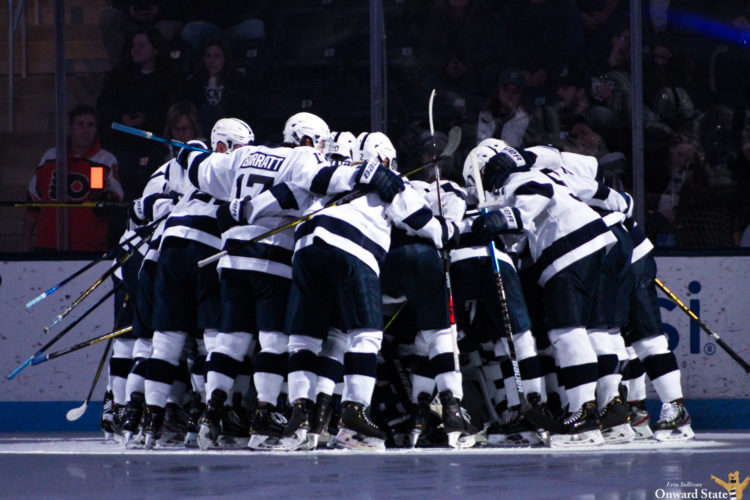 In September 2010, Penn State Athletics officially announced that the men’s ice hockey program would move to the NCAA Division I level starting in the 2012-13 season. One state-of-the-art arena, one Big Ten title, and two NCAA Tournament appearances later, the program will begin its 10th season on Sunday.

It hasn’t always been a smooth ride for the Nittany Lions, though. Outside of Happy Valley, few thought that the program would turn into one of the more prominent teams in college hockey.

The idea for a Division I hockey program first came from Terry Pegula, the current owner of the Buffalo Sabres and Bills and a Penn State alumnus. Pegula, then-athletic director Tim Curley, and other members of Penn State’s Board of Trustees went to see the hockey facilities at Minnesota and Notre Dame in 2010. After observing the Golden Gophers’ arena, Pegula agreed to donate $88 million to move Penn State’s hockey program to Division I and fund the construction of Pegula Ice Arena.

Following Penn State’s announcement to move to Division I, the Big Ten announced that it would begin to sponsor men’s ice hockey since the Nittany Lions would become the sixth Big Ten team with a Division I program — the minimum required to begin sponsoring the sport.

Once fully underway with plans to move to Division I, Penn State hired Guy Gadowsky to coach the Nittany Lions beginning with the 2011-12 season. The team finished that season with a 27-4 record and advanced to the semifinal of the 2012 ACHA DI National Tournament. The 2012-13 season then marked Penn State’s first as a Division I program.

Playing out of the Penn State Ice Pavilion, the Nittany Lions posted an underwhelming 13-14 record in their first Divison I season. Pegula then opened in time for the beginning of the 2013-14 season — Penn State’s first as a member of the Big Ten. Unfortunately, the Nittany Lions continued their rough start and ended the season with a disappointing 8-26-2 record.

Uncertainty lied ahead for Penn State as some thought the program would take at least 15 years to become a prominent team in college hockey. But the Nittany Lions began to turn heads over the next two seasons. After finishing the 2014-15 season with a solid 18-15-4 record and its first winning season in the Big Ten, Penn State rode that momentum to a 21-13-4 record but came up short with a loss to Michigan in the semifinal of the 2016 Big Ten Hockey Tournament.

In their fifth Division I season, the Nittany Lions finally broke through. Penn State finished fourth in the Big Ten with an overall record of 25-12-2, the best the program had to that point. The team won the Big Ten quarterfinal over Michigan and barely squeaked through the semifinal with a win over Minnesota in double overtime.

Playing in its first Big Ten title game, Penn State took Wisconsin into double overtime. At 6:43 of the second overtime, then-freshman Liam Folkes scored one of the biggest goals in program history and sealed the first Big Ten title for the Nittany Lions. Penn State established itself in the college hockey scene at that very moment.

The Nittany Lions then earned their first berth in the NCAA Men’s Hockey Tournament. After winning the regional semifinal with ease, Penn State was eliminated by Denver in the next game.

Penn State followed its breakthrough season with a berth in the 2018 NCAA Men’s Hockey Tournament, but the team was eliminated in the first round by Denver again.

Following a heartbreaking loss to Notre Dame in the final seconds of the 2019 Big Ten Tournament title game, Penn State produced its best season as a program in its 2019-20 campaign, finishing first in the Big Ten and almost certainly locking up another berth in the NCAA tournament. Right when the team was ready to run the table, the COVID-19 pandemic shut everything down.

Last season, although played under unprecedented circumstances, was one of the more underwhelming campaigns for the Nittany Lions, finishing 10-12 and being eliminated by Notre Dame in the semifinal of the 2021 Big Ten Hockey Tournament. Now, Guy Gadowsky and his program are determined to prove that last season was a fluke.

Even though Penn State has already started to rack up the accolades, Gadowsky believes there’s much more room for the program to grow.

“We have certainly come a long way…but I don’t think we’ve arrived yet,” Gadowsky said during his media day press conference. “I think we’re having a really good time improving our program day-to-day…We have accomplished a lot, we’re doing things the right way, but we have to continue. Hopefully, I don’t think there’s anybody on our staff that thinks we’ve arrived. We’ve still got a lot of work to do.” 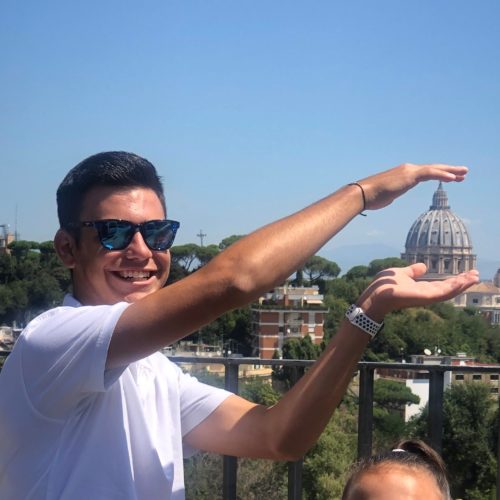 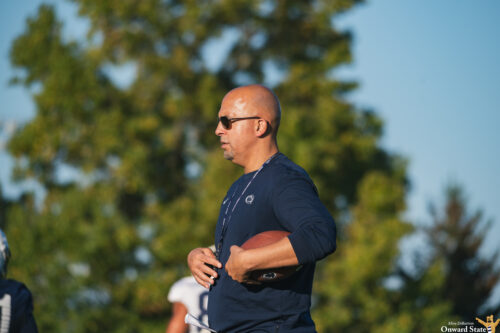 With his new extension, Franklin appears to have the most private aviation hours for personal use of all FBS coaches.