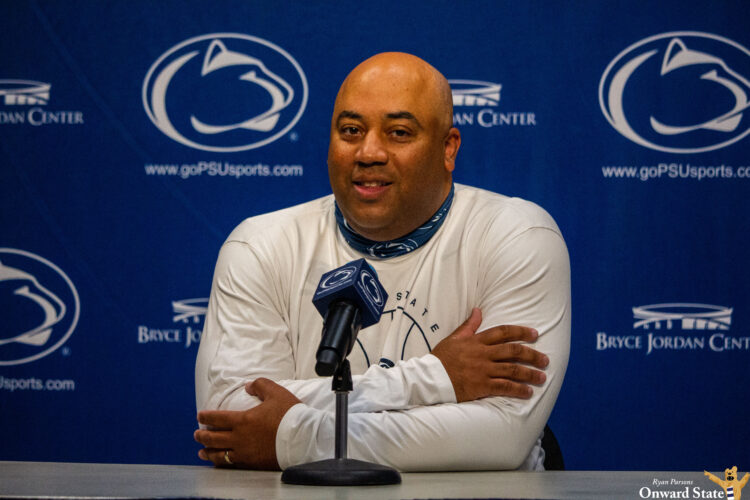 Penn State men’s basketball head coach Micah Shrewsberry sat down with Michigan head coach Juwan Howard and the Big Ten Network’s Andy Katz to talk about a whole assortment of topics before the season gets underway.

The group spoke about diversity in the hiring process for head coaches around the country. Here in the Big Ten, the conference’s three new head coaches are all Black. Shrewsberry said diversity can trickle down to open new doors for more underrepresented talent.

“I’m proud to be here,” Shrewsberry said. “I mention Juwan because he came from the NBA, and he was a first-time head coach at a program like Michigan. Having success, it opens the eyes of the people that are making the decisions. That allows myself and Ben Johnson of Minnesota to get head coaching jobs at this level.”

He went on to mention that while that success gives coaches like Shrewsberry and Johnson a chance to lead a program, it’s still on them to continue doing things the right way.

“We have to continue our success so the next guy can get the opportunity,” Shrewsberry said. “That’s what I want to do.”

Howard had the chance to speak on this topic as well, acknowledging that these coaches put in the work and deserve the opportunity. He said he was happy to see people who typically have been overlooked get the credit. that they deserve.

Katz later shifted the conversation over to name, image, and likeness (NIL) legislation that lets student-athletes partner with companies and brands. This year, it’s a new phenomenon for all coaches. Katz made a joke to Howard asking if he wished that the Fab Five had this when he was around, which got smiles from everyone.

But as they moved on into the actual strategy around NIL and what each coach is focusing on, Shrewsberry maintained that the best way to handle NIL is through education.

“You want as much as you can for your guys to have this opportunity,” Shrewsberry said. “But for us, it’s about educating. There’s a lot of things that go into it, and you want to make sure they’re able today their taxes at the end. Let’s take care of our responsibilities. We can’t neglect the classroom and the other things and put this at the forefront.”

He also mentioned that good play on the court does wonders for what could be available in terms of compensation.

“Let’s not forget that at the end of the day, you’re going to become more marketable as a better player,” Shrewsberry said.

Shrewsberry’s first season helming the Nittany Lions is just about a month away. Penn State will tip off against Youngstown State on November 10 to open its season. 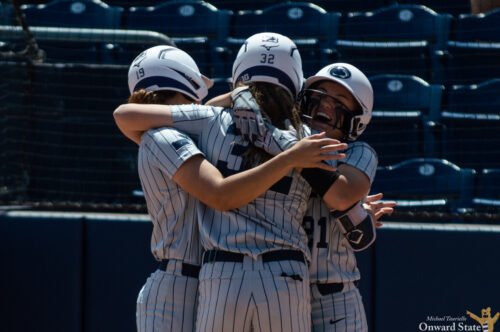 The Nittany Lions will take on big time teams such as Oregon, UNC, and Duke in their non-conference schedule

Share via
Micah Shrewsberry Talks Diversity, NIL In Interview With Andy Katz
https://onwardstate.com/2021/10/13/micah-shrewsberry-talks-diversity-nil-in-interview-with-andy-katz/
Follow @onwardstate
Send this to a friend