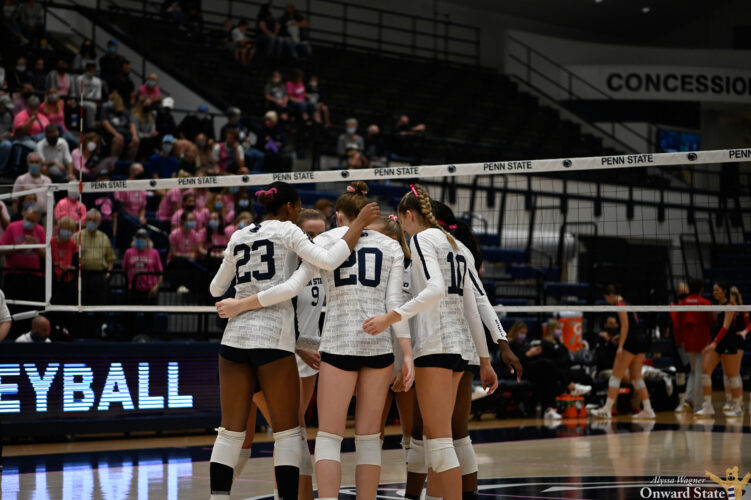 Purdue outside hitter Caitlyn Newton led the Boilermakers, finishing the match with 26 kills, eight digs, and a .349 hitting percentage.

The Boilermakers earned a 4-2 start to the first set. After tying the set for the next few points, Purdue took an 11-7 lead on kills from Caitlyn Newton and Taylor Trammell. The Nittany Lions remained closely behind to keep the set at 13-12 on kills from senior outside hitter Adanna Rollins and senior opposite hitter Jonni Parker.

Hitting errors from Purdue allowed the Nittany Lions to tie set at 18-18. Penn State tied the set again at 22-22 on a block from freshman outside hitter Anjelina Starck and an ace from senior libero Jenna Hampton. But, the Nittany Lions weren’t able to catch the Boilermakers. Purdue battled back on the last few points to take the first set win at 25-23.

Offensive errors from Penn State gave the Boilermakers a 5-1 lead for the second set. Once the Nittany Lions regained momentum to tie the set at 6-6 on kills from Kaitlyn Hord, Gabby Blossom, Parker, and Starck. Hitting errors from Purdue allowed Penn State to take a 14-10 lead.

Parker earned three straight points for Penn State, earning two kills and a block, and bringing its lead to 22-18. The Nittany Lions closed out the third set on a kill from Parker and earned the win at 25-20.

The Boilermakers took the lead early in the fourth set at 3-1 before blocks from Holland and Starck gave Penn State a 5-3 lead. The Nittany Lions brought their lead to 11-8 on two kills from Hord.

Parker began the final set with hitting errors to give the Boilermakers a 3-1 lead early on. Kills from Raven Colvin and Madeline Koch continued Purdue’s lead at 6-4 halfway through the final set.

The Boilermakers’ dominant offense proved to be too much for the Nittany Lions. Purdue won the final set of the match 15-11.

Purdue’s Caitlyn Newton led the Boilermakers to victory. She finished the match with 26 kills, eight digs, and a .349 hitting average.

Penn State will face Minnesota at 7 p.m. on Friday, October 22. 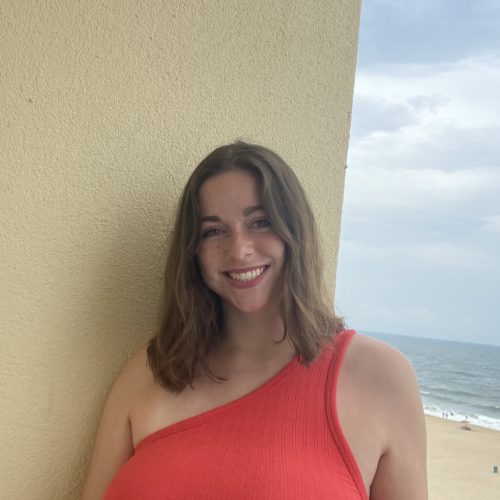 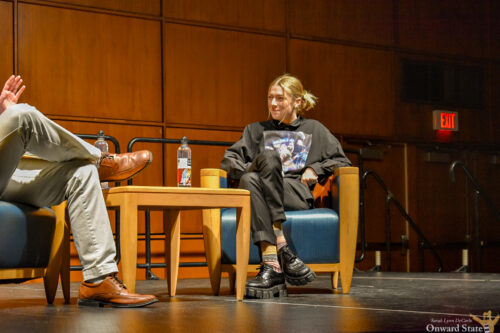 Share via
Penn State Women\'s Volleyball Falls To No. 6 Purdue 3-2
https://onwardstate.com/2021/10/17/penn-state-womens-volleyball-falls-to-no-6-purdue-3-2/
Follow @onwardstate
Send this to a friend