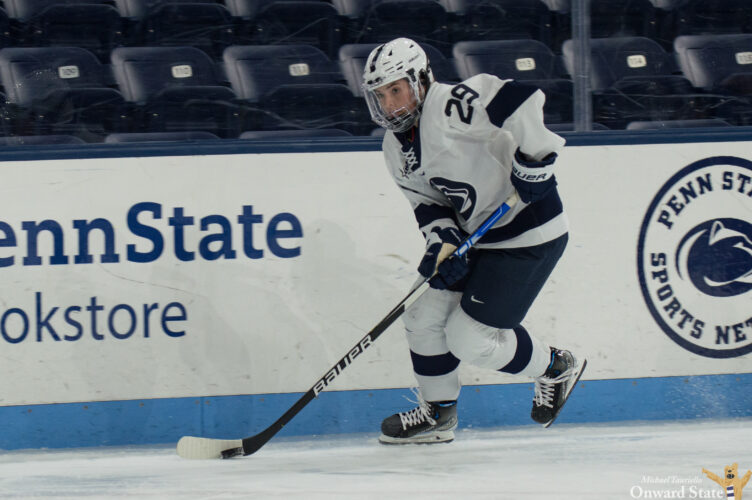 Penn State women’s hockey (3-3-2) traveled to Brown University (0-1-1) for a two-game series this past weekend.

The Nittany Lions tied game one of the series in an overtime battle, while the offense exploded in game two for a 5-2 victory Sunday. After a week off, Penn State’s scoring ability was on full display against the Bears throughout the weekend.

There was little offensive action in the first period of game one. At 15:12 in the period, however, the Nittany Lions went on the power play as Brown was given a two-minute minor for too many players on the ice. Penn State had a lackluster power play and squandered an opportunity to open the scoring, as it managed only three shots on goal in the power play’s duration. Roughly two minutes later, Penn State’s Anna Promersberger was booked for two minutes for roughing. Despite having four shots on goal, Brown did not score.

Penalty woes continued for the Nittany Lions in the second period. Rene Gangarosa was given a ten-minute penalty for game misconduct, and Gangarosa was also given a five-minute major for roughing shortly after. Penn State still managed to keep the puck out of the net. Despite all of this, Nittany Lion Julie Gough broke the game’s scoring drought with an assist from Karley Garcia with roughly two minutes remaining in the period.

In the third period, Brown’s Anna Hurd tied the game on the power play after Kiara Zanon was booked for interference. Penn State responded shortly after, as Natalie Heising put the Nittany Lions ahead with assists from Olivia Wallin and Kiara Zanon. Just as Penn State looked like it was going to come away with the win, Hurd scored her second goal of the game at the 19:06.3 mark, sending the game to overtime. Neither team scored again, and the game ended in a 2-2 tie. It proved to be a long day on the penalty kill, but strong defense and goaltending bailed the Nittany Lions out in game one.

Game two contrasted from game one almost instantly. Three goals were scored in the first period, two of which coming from Penn State after Brown opened up the scoring on a power play goal. Penn State’s goals also came on power plays, from Julie Gough and Natalie Heising, respectively. Penn State’s offensive tempo set the tone for the rest of the game.

Brown’s Anna Gallagher leveled up the game at 6:06 in the second period with an even-strength score. Penn State was one step ahead of Gallagher and Brown, however, as Kiara Zanon scored her third goal of the season on a Nittany Lion power play.

In the third period, it was all Penn State. The Nittany Lions dominated offensively and imposed their will on Brown. Penn State scored two more goals and ran away with the game. Alyssa Machado scored a goal which was assisted by Rachel Weiss at 13:25 in the period. Weiss later scored an empty-netter very late in the game.

Player Of The Series

Super senior Natalie Heising scored two goals and one assist in this series. She is now tied for all-time points for a Nittany Lion.

Penn State’s road trip continues as it will next travel to Mercyhurst in Erie, Pennsylvania, with games on October 29 and 30. The Nittany Lions lost 3-2 in their last matchup against Mercyhurst, which was back in February. Penn State has a 21-7-9 overall record against the Lakers. 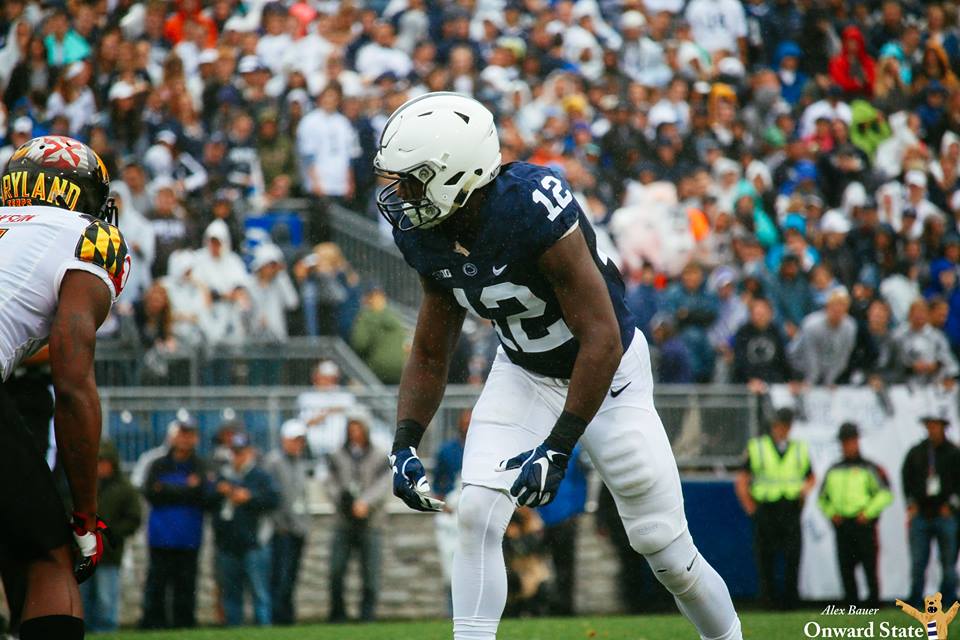