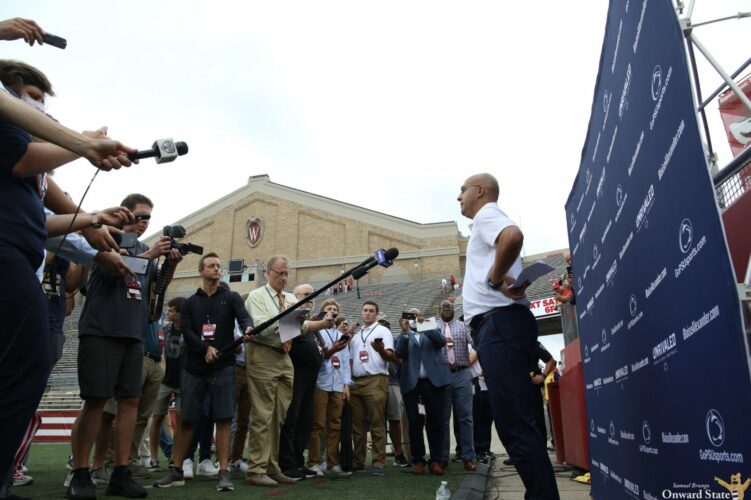 It’s official. James Franklin has signed a deal that will keep him as Penn State football’s head coach through 2031.

After weeks of rumors connecting him to programs such as LSU and USC, Franklin now hasn’t left much room for questions surrounding his commitment to Happy Valley. But Penn Staters’ reactions to the extension have been mixed, to say the least.

Plenty of folks don’t have a very bright outlook on the future of the Nittany Lions’ program with Franklin at the helm.

Thoughts on how the rest of the Big Ten feels?

More negotiations down the road? That’s what some think is in the cards.

Despite the negative vibes, some people are excited for what’s to come in another era of Franklin at Penn State.

Oh, by the way, Franklin is guaranteed to make $7 million a year. There are some with high hopes based on that amount of longevity and security.

With a new contract and an impressive recruiting class coming in, all eyes will certainly be on Franklin in the immediate future.