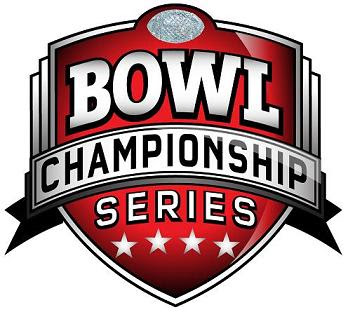 I know, I know, you’re just a simple Penn State football fan, not a BCS expert. All you want to do is support your Nittany Lions, which means rooting against everyone ranked ahead of us, right? Not neccessarily (Oklahoma State losing probably hurt us), and that’s why I’ve decided to help you out with this official Onward State guide to the BCS.

What you need to know about the BCS: The Bowl Championship Series is a way of exploiting the top teams in the country to make lots of money. There are 5 bowl games with tie-ins to different conferences. These are the National Championship (top 2 teams), the Rose Bowl (Pac-10 champ vs. Big 10 champ), Fiesta Bowl (Big 12 champ), Orange Bowl (ACC champ), and the Sugar Bowl (SEC champ). After these automatic bids are assigned, there’s a sort of draft in which the bowls pick the remaining spots. However, no conference can have 3 teams in BCS bowls.

Ok, so where do things stand now? Well, here’s the draft order for next Sunday when the bowls pick their matchups: 1. Nat’l Championship, 2. Rose Bowl, 3. Orange Bowl (ACC champ), 4. Sugar Bowl (SEC loser), 5. Fiesta Bowl, 6. Orange Bowl (second team), 7. Fiesta Bowl (second team), 8. Sugar Bowl (second team). The interesting picks start at number 5, when the Fiesta Bowl (assumedly) has to pick a team to replace the Big 12 champ Texas. Before this weekend, it was obvious that Oklahoma State would be picked, in order to keep with the Big 12. Then the Orange Bowl would be faced with a choice between us, Iowa, TCU, or Boise State. This was good for us, as all signs point towards the Orange Bowl loving us. In the years since Penn State’s 2006 Orange Bowl victory, the Orange Bowl’s television ratings have progressively become worse, while any bowl Penn State has been in has consistently been one of the most-watched games. Penn State would travel to Florida better than any of the other teams and provide better television ratings.

However, Oklahoma State lost this weekend, which I would argue was bad for us. Now the Fiesta Bowl is going to have to pick a non-Big 12 team, and it looks like that choice is going to be between Iowa and Penn State. Which will they pick? There haven’t been any clear indicators from the committee which team they favor. Pro-State sources have pointed out that Penn State has a good relationship with the Fiesta Bowl. JoePa has known the president of the Fiesta Bowl for over 30 years, PSU is 6-0 in the Fiesta Bowl, and we put the Fiesta Bowl on the map in 1987 when we beat Miami for the national championship. However, Iowa sources point to the fact that Iowa beat us, that they will bring more fans to Phoenix, and that a matchup involving Iowa would be better.

It all comes down to who the Fiesta Bowl picks. They could pick Iowa, in which case Penn State goes to the Capitol One Bowl (booo). They could pick us in which case we’ll probably face Boise State, or they could throw a wrench into this whole article and pick TCU, the undefeated number-4 ranked team, which would put the emphasis on the Orange Bowl, who would most likely pick us over Iowa. What else could happen? Nebraska could beat Texas next week, win the Fiesta Bowl bid, and all hell would break lose. I’m going to assume that doesn’t happen.

What do we want to happen? Well, I’d rather go to Florida for the Orange Bowl than Phoenix for the Fiesta Bowl, but I think facing Boise State would be more enjoyable than facing the winner of next week’s Georgia Tech-Clemson ACC championship. My predictions:

We’ll find out next Sunday.