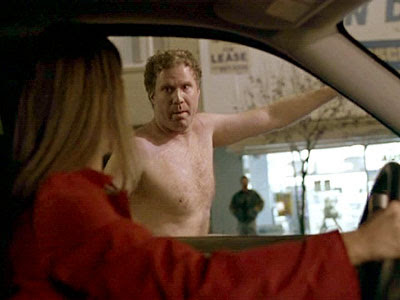 Penn State student Christopher Ferry is suing the university and multiple police officers. Why, you ask? I’ll give you a hint: it involves the Mifflin Streak (don’t know what this is? Check out our coverage from last year’s Streak).

“Ah,” says you, “he must have been traumatized by the naked bodies, right?” No, that would actually make sense. Ferry was actually a PARTICIPANT of the Mifflin Streak. So Ferry was one of the individuals who ran naked down Mifflin, exposing his swinging man-junk to the whole world, and he’s suing the university?

Ferry’s lawsuit, which was filed last week (a year and a half after the incident), claims that on May 5, 2008, during the Mifflin Streak,  he suffered a concussion after being tackled face-first by police officers several times. Ferry is seeking more than $150,000 in damages.

Personally, I have little sympathy for Ferry. I mean, there’s the obvious objection that he was tackled by police officers FOR DOING SOMETHING ILLEGAL. Then, he waited a year and a half before doing anything about it? But more importantly, I think this guy needs to grow a pair (although I’m sure lots of people have first-hand knowledge that could contradict this). Christopher, people streak all the time and yes, it usually ends up with them being tackled. If I were drafting for a professional streaking team you would SO be last on my draft chart. C’mon man, get tackled nude by some big cop is an occupational hazard. Rule No. 76, no excuses, play like a champion. You were doing something illegal, and got tackled by some cops. Get over it. At least it wasn’t Terry Tate, Office Linebacker. Watch this video of him taking out a streaker, and then tell me you deserve $150,000.