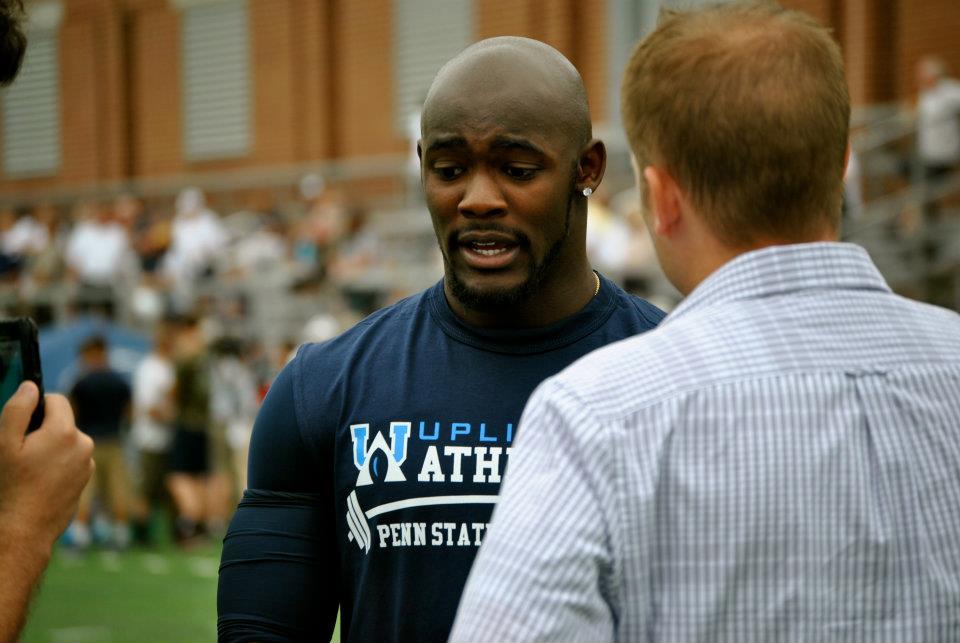 ESPN’s recent interview with Penn State transfer Silas Redd has stirred up some unnecessary controversy. The Penn State fan base is freaking out, saying that he wasn’t #OneTeam, he deserted us, and blah, blah, blah.

Yeah I get it. He left for what he thought would be the greener pastures of Southern California. As I’m sure you know by now, that hasn’t been the case. USC was the preseason No. 1 ranked team led by Heisman favorite, quarterback Matt Barkley. Now they’re heading into bowl season 7-5 and unranked.

I find it ironic that fans are the ones most pissed about Redd’s transferring. What’s even worse is the majority of the people hating on him are adults — not students. Fans act like they own these players. People act like Redd was their favorite toy and it was stolen from them.

If anyone deserves to be pissed it’s his former teammates and coaches. But they’re not, as is evident by their frequent interactions with him on twitter and reluctance to say anything negative about the departed.

What Redd did was make the decision that he feels is in the best interest of him and his family in the long term. You know what USC’s nickname is? Tailback U. Why? Because its produced six first round picks and five Heisman winners (if you still include Reggie Bush) at that position.

He made a decision that potentially has millions of dollars riding on it. Nobody could predict how well of a season Penn State was going to have, especially with a first year head coach. The previous season, Redd was Penn State’s offense, especially in October.

Last October Redd rushed for 703 yards on 133 carries in five games. That’s an average of 26.6 carries a game. It’s a workload that took its toll on Redd. He finished October with ONLY a collarbone injury, but it could have been worse.

You guys heard of Marcus Lattimore, South Carolina’s do-it-all running back? He tore his ACL last year. Know what he did this year? Just blew out EVERYTHING in his knee. It’s an injury that cost a guy that was projected to be a first rounder by many analysts millions and possibly his career.

Redd has the talent to go pro no matter who he’s playing for. There was a lot of speculation going into the season and when your future is on the line you don’t have time to speculate.

It’s easy to say he’s a coward, lacks class, and everything else that has taken over the Twittersphere. In that situation, with the talent and potential Redd has, how do you know you wouldn’t do the same? You’ll never know because you were never in that situation.

I wholeheartedly believe he wanted to stay. However, college football — for better or for worse — is a business and he had to make a business decision (and not one based on academics, despite what he may have said).

I'm just a guy that likes sports, writing about the sports I like.

DaQuan Jones has been named the top senior defensive tackle in the nation by NFL.com writer Gil Brandt.

Running Routes for the Addicted: Part 2