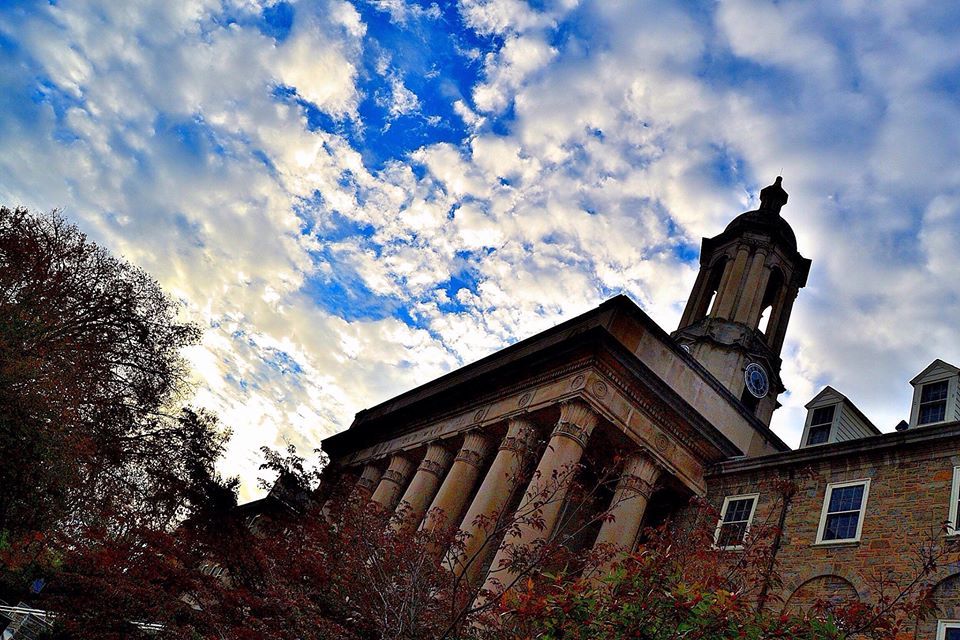 It’s been a crazy week for those of us following the Penn State presidential search news. Word broke on Tuesday that the Board of Trustees would meet Thursday night and Friday morning in executive session to ultimately announce Penn State’s next president. The trustees published a public meeting notice in the Centre Daily Times confirming at least the existence of the meeting. The following afternoon, Penn State released a statement saying that the  “personnel decision has been delayed indefinitely” and all meetings were canceled except for a private executive session meeting Friday morning.

About 20 trustees did indeed meet this morning at the Nittany Lion Inn — and several others attended via conference call — although none would offer comment on the contents of the meeting on the way out the door to the four waiting reporters. Penn State released a nonspecific statement soon after, saying that the trustees needed more time to look at candidates and offering no timetable for a selection.

“The search process is progressing and will continue until the best possible person to lead Penn State is selected and presented to the full board for a vote,” said Board of Trustees Chairman Keith Masser. “We fully expect that our efforts will ensure we attract a president who can truly maximize the potential of our exceptional University. We plan to conclude this process before the end of President Rodney Erickson’s term in office, which is June 30, 2014.”

What happened between Tuesday and Wednesday is anyone’s guess, but multiple outlets, including Onward State, reported that the trustees were set to announce their selection on Friday. According to Penn State, “the scheduled public meeting was cancelled when it was determined that more time for consideration of possible candidates was needed.”

All these puzzle pieces lead a person to believe that the trustees had their candidate but something went wrong, although what exactly happened is anyone’s guess.

“It has been shown repeatedly that a confidential search process for an executive position attracts the best and most qualified and extraordinary candidates,” Masser said. “It is a protective measure for the candidates themselves and allows the University to attract the highest caliber of candidates.”

The Presidential Search Committee, made up of 12 of the most powerful trustees, has been working with search firm Isaacson, Miller since last year to find Penn State’s 18th president before current president Rodney Erickson retires in June 2014. Some Penn State trustees are concerned that the process hasn’t been inclusive of all trustees.

“We’re told that the most important job we have is the hiring of the president – that’s what we’ve been told from Day One – and yet they’re excluding us from that process,” trustee Anthony Lubrano said said to the Patriot News. Marianne Alexander is the only one of the 12 on the search committee who was elected by Penn State alumni. The rest consist of governor appointees and privately elected business and agriculture trustees.

Criticism of Penn State’s presidential search process is nothing new. Former trustee, author, and lawyer Ben Novak wrote this fascinating piece after the scandal hit about how most of the trustees are treated like “sheep” and the “power group” makes all the important decisions behind closed doors. Here’s an excerpt on that piece as it pertains to the presidential search:

The previous president, Joab Thomas, announced a year before his retirement that he would not be renewing his contract. In the ensuing year, the Board discussed at several meetings, and even had an all-day work session to discuss in generalities, the qualities that they were seeking in the next president.

But when it came time to actually consider candidates for the job, the whole process closed. A search committee of the Board, composed of Influential Ones was appointed by the Board Chairman. From that point on the rest of the Board was excluded from any involvement. Not the slightest word of whom they were considering leaked to the rest of the Board. Eventually the committee of Influential Ones selected Graham Spanier. A week or so before the meeting at which their choice was to be approved, a notice was sent to all Trustees advising them of the selection, and the next day the newspapers were profiling Penn State’s next president.

A day or so before the meeting at which the Board was to vote, I spoke with the Board secretary and asked if the rest of the Board would have any opportunity to meet the nominee before the election. She advised me that nothing like that was planned. I suggested that this was strange, and that at least we ought to be able to say we shook the next president’s hand before we voted for him.

A few hours later, I received a call from the chairman of the Board, who began by cheerfully telling me that the Board secretary had spoken to him of my call, and gee, that was a good idea. So, the chairman wanted to personally inform me that the I should be at the Nittany Lion Inn an hour early for the meeting, since a cocktail hour was now scheduled at which Graham Spanier would be present for all the Trustees to meet him.

At the cocktail hour, the entire Board, a majority of whom, like myself, had never heard of Graham Spanier until a few days before, had an average of barely two minutes each to say hello and shake his hand. Immediately after the cocktail hour, the Board filed into the next room and, as the first order of business, dutifully voted him in as the next president of The Pennsylvania State University.

This 1995 Daily Collegian article echoes a similar sentiment from the Spanier selection. The more things change, the more things stay the same I suppose.

(Update Nov. 1 5:25 p.m.) Centre Daily Times reporter Mike Dawson caught up with Board of Trustees chairman Keith Masser earlier this afternoon, which sheds some light on the situation and seems to hint that something happened with the committee’s presidential choice this week.

Masser indicated there were things that happened in this search that were beyond the control of the committee and candidate. #PSUBOT

“All options are open,” Masser said when asked if old candidates would get another look or whether new candidate pool would be made.

I asked #PSUBOT‘s Masser whether hiring the provost might be a turn-off to candidates (who might want to bring their own No. 2)…

and Masser said that creates flexibility in the candidate pool b/c they don’t need someone who’s so strong on academic side. #PSUBOT

I asked #PSUBOT‘s Masser if that was a hint about priority search committee was stressing. He said, “We’re not down to that level anymore.”

Share via
Penn State Presidential Search: Where We Stand
https://onwardstate.com/2013/11/01/penn-state-presidential-search-where-we-stand/
Follow @onwardstate
Send this to a friend