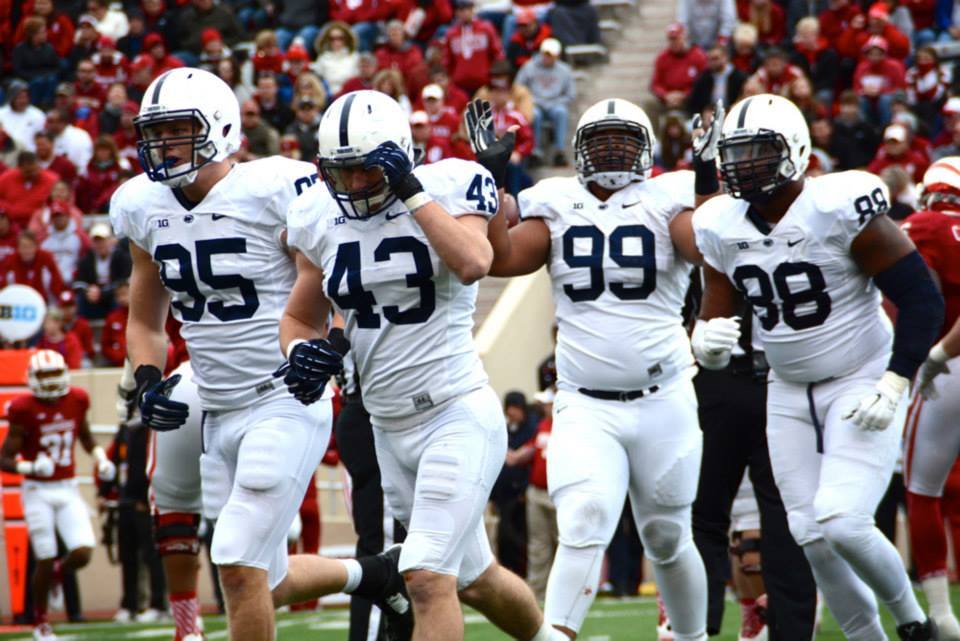 Penn State kicks off against Temple in the final non-conference game for both teams. Each team is 5-4, and looking to become bowl-eligible with a win. The Nittany Lions are coming off a 13-7 win over Indiana, while the Owls fell to Memphis by three points last Friday.

Weather: Accuweather.com says it’ll be 34 degrees at kickoff, and the high will be around 39 degrees. Luckily, there’s a 0% chance of any precipitation.

Injuries: Adam Breneman (knee), Ben Kline (Achilles), Zach Zwinak (leg injury) and Ryan Keiser are all injured and out for the year for the Nittany Lions.

Alex Robinson (@ARobinsonPSU) and CJ Doon (@CJDoon) will be in the press box for Onward State. Bobby Chen (@ryschen) will be taking photos on the field. StateCollege.com will have Ben Jones (@Ben_Jones88) and Mike Poorman (@PSUPoorman) in the box.

The History of the Penn State Football Bank Buttons