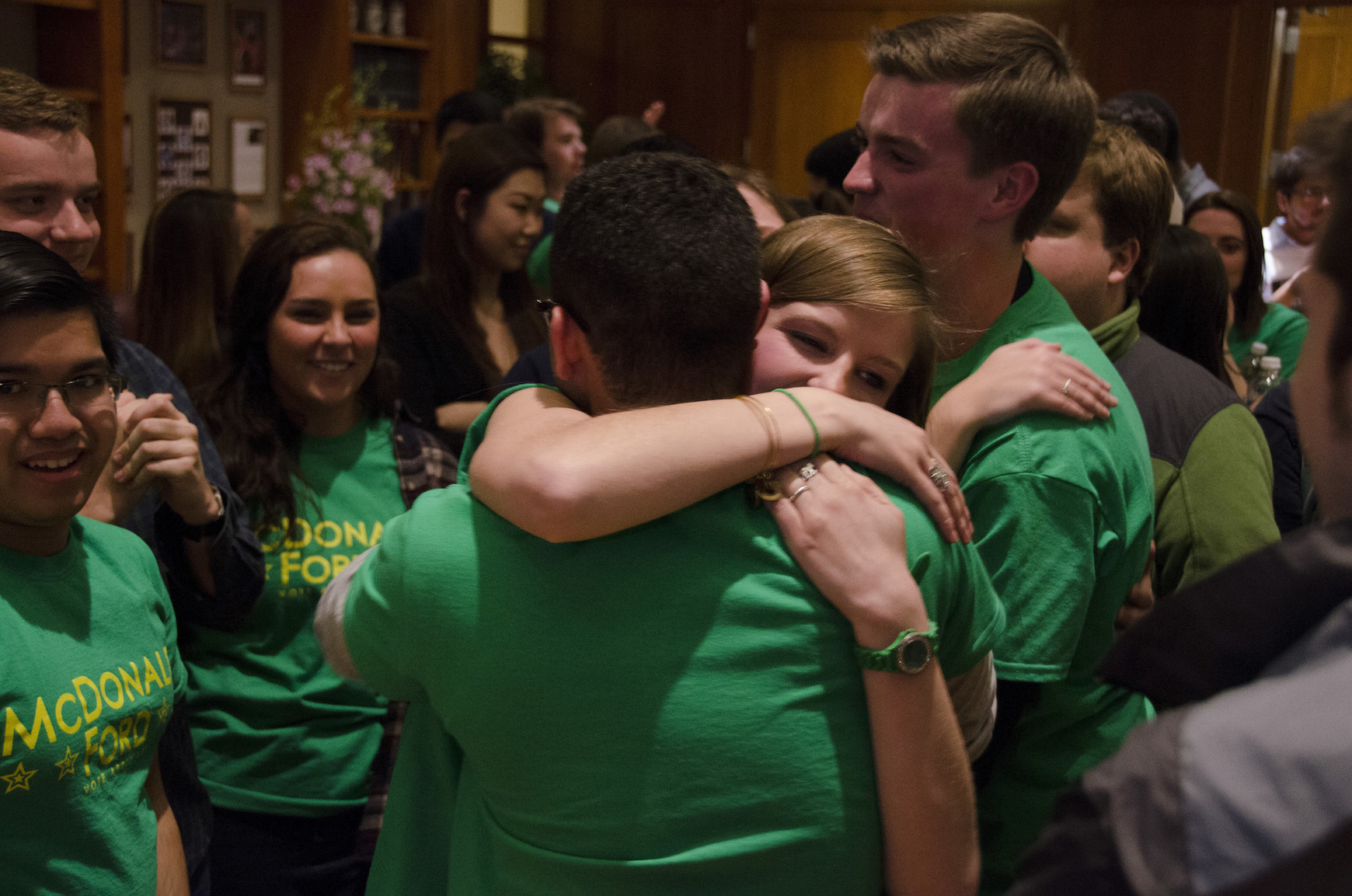 For the third time in four years, UPUA’s vice president took the logical step up to the assembly’s top spot. Emily McDonald is officially the president of the UPUA’s Tenth Assembly, totaling 5,964 votes (64.3 percent) to handily win the election.

She defeated Shannon Rafferty (1,426 votes, 15.4 percent), Hamsa Fayed (1,239 votes, 13.3 percent), and Ryan Belz (564 votes, 6.1 percent) in Wednesday’s election. In addition to McDonald’s win, the election marks a victory for student government as a whole at Penn State. The UPUA elections set another voter turnout record this year, with 9,282 total votes cast, which is 23.2 percent of the undergraduate student body.

McDonald has been heavily involved in student government at Penn State, first serving as the freshman representative three years ago before running for vice president under Anand Ganjam for the Ninth Assembly. McDonald ran on a campaign platform that encompassed eight broad areas of focus: academic affairs, diversity, facilities, student life, governmental affairs, technology, outreach, and student finance/tuition. The top three initiatives in terms of importance for McDonald are the formation of a university mental health task force, college affordability, and the HeForShe campaign.

The first initiative would take the example set by President Eric Barron’s Sexual Assault and Harassment Task Force and apply it to the issue of student mental health, exploring the situation more thoroughly before recommending any solution such as additional funding to CAPS. McDonald also intends to explore ways to improve Penn State’s affordability and accessibility, working with already-established connections within the administration to work toward a tuition freeze. The HeForShe campaign is a gender equality solidarity movement started by the UN Women. McDonald intends to implement the campaign and its mentality on campus, which is particularly relevant considering the KDR Facebook scandal.

Here are the rest of Wednesday’s election results:

College of Health and Human Development: Alex Shockley (write-in votes not yet totaled)

College of Communications: Michael Salem (write-in votes not yet totaled)

College of Nursing: Ashley Roman (write-in votes not yet totaled)

Congratulations to all of the winners. We look forward to another prolific year of student governance as the newly-elected UPUA Tenth Assembly gets down to business next Wednesday night.