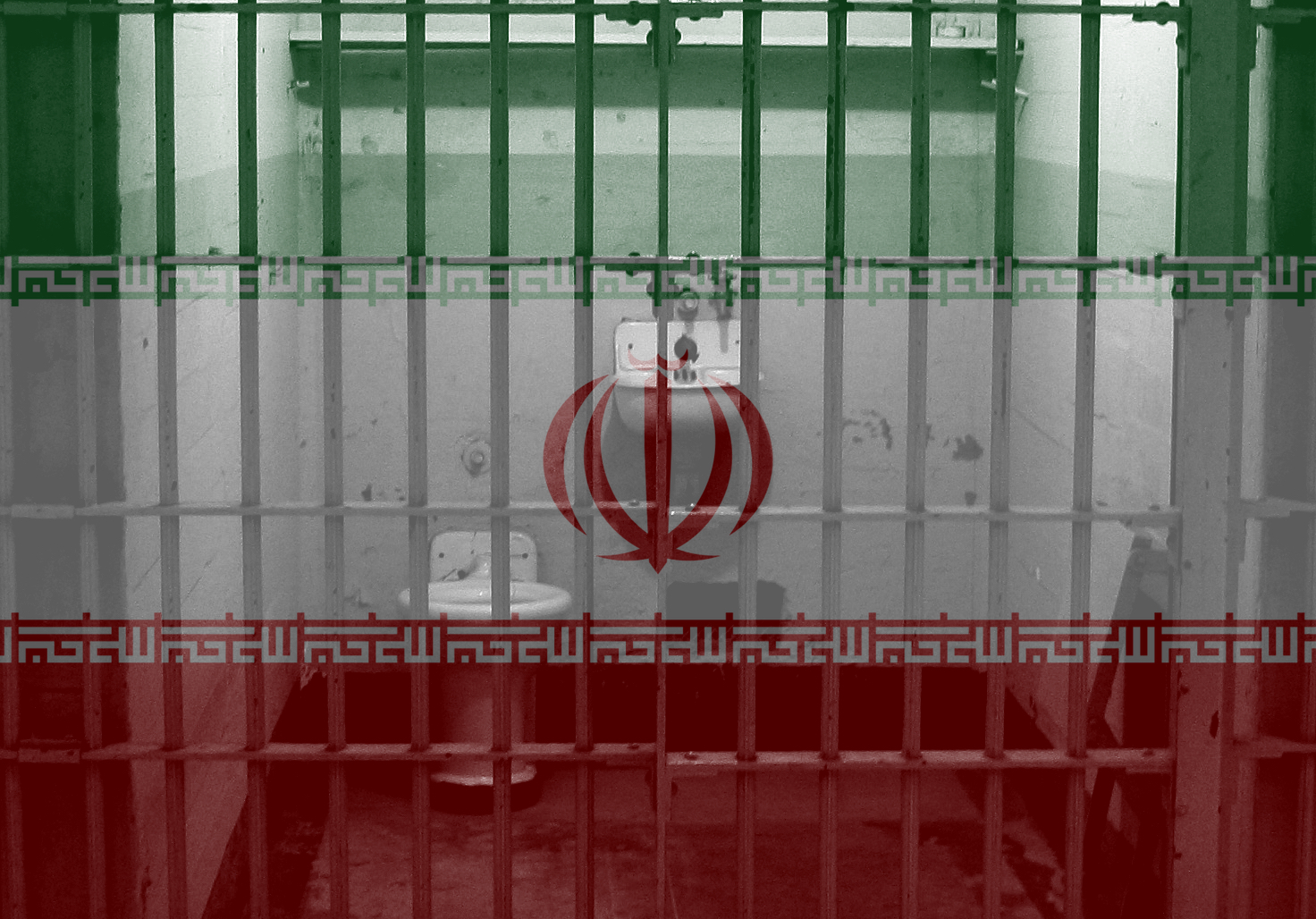 Many parts of the country were up in arms last Friday, protesting President Donald Trump’s executive order. This order bans immigration to the U.S. from seven Muslim-majority countries — Iran, Iraq, Syria, Sudan, Libya, Yemen, and Somalia.

As an Iranian citizen, Joe fears for his life and what his future will look like. He fears deportation back to his home country and the real possibility of getting thrown in prison for the rest of his life.

Joe is an engineering Ph.D. candidate. He might even be a teaching assistant for one of your classes. Joe cracks jokes and references pop culture just like you. He also speaks with a detailed understanding of U.S. politics and of world events typically not covered by western news outlets.

Over the last few months, Joe watched the U.S. primaries and general election unfold. He looked on as the Republican playing field began with 17 candidates and eventually consolidated behind Donald Trump. He had a feeling Trump’s use of anti-establishment rhetoric would win him the election — he had seen this all before. He saw it during last summer’s Brexit as the British people were energized by the populist and anti-immigrant movement led by former U.K. Independence Party leader Nigel Farage. Joe was even in Iran when former President Mahmoud Ahmadinejad won the 2005 Presidential election with a populist anti-United States and anti-United Nations campaign.

During the 2009 Iranian Presidential election, protests around the country erupted after President Mahmoud Ahmadinejad won his reelection campaign despite reports of voter fraud and irregularities. Joe opposed the government during this time, along with thousands of others who filled the streets of Tehran shouting “death to the coup d’état” and “death to the dictator.”

Joe woke up the morning after Trump was elected and realized he was in trouble. “I knew [Donald Trump] was going to do all of his promises as Ahmadinejad did and I knew that the immigration laws were solely under the power of the presidency,” he said. “There’s not much we can do to object those orders.”

People around the country and here at Penn State aren’t taking President Trump’s executive order lightly. Protests erupted in Washington, D.C. and at major international airports. On Sunday, while thousands descended on JFK airport in New York City, State College had its own protest. Hundreds of students and community members organized in front of the Allen Street gates to share a message that was being echoed across the country.

Mid-protest, President Barron released a statement regarding the executive order and announced Penn State would join the 55 other schools in the Association of American Universities asking President Trump to remove the executive order. President Barron’s two pieces of advice to international students from the affected countries were to refrain from leaving the country and to carry relevant immigration documents when traveling.

Penn State’s Global Programs office, which provides resources for international students and for those who wish to study abroad, released a website outlining who is impacted by the executive order along with a set of FAQs to assist students. Not included on the website or in President Barron’s guidance are recommendations for students like Joe who face possible deportation and imprisonment in Iran due to religious affiliation or the nature of their research here at Penn State, though the site does recommend contacting the University Office of Global Programs.

Being a Religious or Non-Religious Minority in Iran

Unlike the U.S.’s democracy, Iran is a theocratic republic — its government is ruled by Supreme Leader Ali Khamenei, who represents the highest political and Islamic authority, and President Hassan Rouhani, who is the highest state authority. Iranian law requires citizens to declare their religion with the state. If you don’t follow one of the four state-recognized religions (Islam, Zoroastrianism, Judaism, or Christianity), you are denied certain legal rights. In a country that is 99 percent Muslim, the Iranian government takes part in and allows the systematic discrimination and persecution of religious minorities like Baha’is (who represent the largest non-Muslim minority), Jews, Christians, and atheists.

“According to Iranian law, if you kill a Baha’i based on religious hatred, it’s okay,” Joe elaborated. “It’s barbaric.”

An atheist himself, Joe fears this kind of treatment if he is forced to return to Iran. According to the International Humanist and Ethical Union, an organization that seeks to protect atheists and tracks laws against them and other non-religious people, Iranians who identify as atheists may be subject to death.

Baha’is in Iran experience even harsher treatment. Baha’i International Community, a registered NGO that collaborates with the United Nations, states that within the first decade following the 1979 Iranian Revolution, more than 200 Baha’is were executed, hundreds were tortured, and tens of thousand lost their jobs and access to education. More than 915 Baha’is have been arrested since 2005.

Joe could also be imprisoned because of his research at Penn State if he were to return to Iran. As an engineering Ph.D. candidate, his research is funded by the U.S. government. The Iranian government can consider Joe’s work tantamount to working with the enemy state.

By any definition, I am an enemy of Iran.

University of Texas at Austin graduate student Omid Kokabee returned home to Iran in 2011 to visit his family. Upon arrival in Tehran’s Imam Khomeini Airport to return to Texas, Kokabee was arrested and imprisoned because he refused to assist the Iranian government in military research. He was convicted and handed a 10-year prison sentence for “contact with enemy states.”

Like Joe, Kokabee’s research was funded by the U.S. government. He was diagnosed with kidney cancer in prison after not receiving proper medical treatment for an ongoing kidney disease. Five years into his 10-year sentence, Kokabee was granted “conditional freedom” for the rest of his sentence and released from prison.

Joe explained not every Iranian who returns home will be sent to prison, but he’s acutely aware that “there is a risk…a definite risk.”

Joe has few options. Since President Trump’s executive order was passed, international students from the seven Muslim-majority countries attending Penn State cannot renew their student visas. Penn State explained in a statement to Onward State that there are about 200 students currently studying here impacted by the executive order.

Some affected citizens have sought out European countries’ embassies in the U.S. or in Canada to apply for visas or refugee status, but this isn’t an option for Iranian citizens, as they must return to Iran if their visas expire.

“You have no chance not to go to Iran if your visa is expired,” Joe said. “You have to go back to Iran and then the Iranian government will decide what to do with you.”

Joe’s only legal option is to return to Iran once his visa expires. Depending on the expiration date, he and the other students impacted may choose to illegally overstay their visas and violate U.S. law. Consequences for overstaying a visa can range from barring from re-entry into the U.S. (for up to 10 years) to deportation.

You have to go back to Iran and then the Iranian government will decide what to do with you.

President Trump has altered his position on illegal immigrants several times during his campaign and since assuming the presidency. It’s been established he will look to first deport criminal illegal immigrants, but what will follow is still unclear, leaving people in Joe’s position with an uncertain fate.

President Trump’s executive order will have a drastic impact on Penn State and universities across the country conducting scientific research. Many international students abroad seek out Penn State to conduct their graduate studies, collaborate with other scientists, and attend international scientific conferences. With such uncertainty around the treatment and possible limitations on visas, many will reconsider conducting their research at Penn State and in the U.S.

A group of academics launched a petition called “Academics Against Immigration Executive Order.” It calls for the removal of President Trump’s executive order, citing its discriminatory nature and its detrimental impacts on higher education and research. Signatories of the petition include more than 9,000 U.S. university faculty members, 273 members of the National Academies of Sciences, Engineering, and Arts, and even 44 Nobel Laureates.

“We recognize and believe strongly that the diversity of faculty, staff, and students enriches all of us and enables our mission of research, teaching, service, and economic development,” Penn State spokeswoman Lisa Powers said. “At this time we are still examining the effect of the order and are monitoring various actions in the courts.”

For now, he’s exploring his options with an immigration attorney, but for the most part he’s forced to wait and see if President Trump’s stance changes. Returning to Iran is risky.

You can read the statement from Powers in its entirety below.

We strongly encourage the subject of your interview, and other students who have concerns related to the recent executive order, to reach out to the University Office of Global Programs. The office is providing specific, centralized resources in the form advice for students who have questions, and references to immigration attorneys if necessary. The office also is providing up-to-date information on its website, which is important because the situation continues to evolve.

Based on the content of the executive order and expert guidance regarding its implications, we have shared two explicit recommendations for our international students, faculty, and scholars:

We recognize and believe strongly that the diversity of faculty, staff, and students enriches all of us and enables our mission of research, teaching, service, and economic development. At this time we are still examining the effect of the order and are monitoring various actions in the courts. We will continue to keep an eye on developments, to ensure that we fully understand how this executive order and any future orders may affect Penn State, including the implications for our many students, researchers, and faculty who are citizens of other countries. 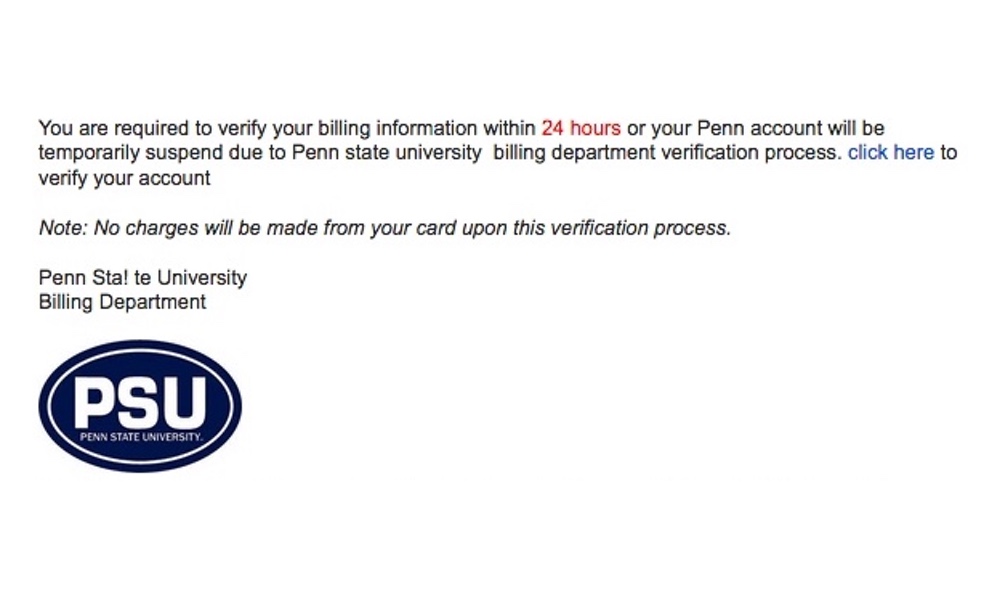 Share via
Meet The Penn State Student Who Will Be Sent To Prison If He Gets Deported
https://onwardstate.com/2017/02/02/meet-the-penn-state-student-who-will-be-sent-to-prison-if-he-gets-deported/
Follow @onwardstate
Send this to a friend