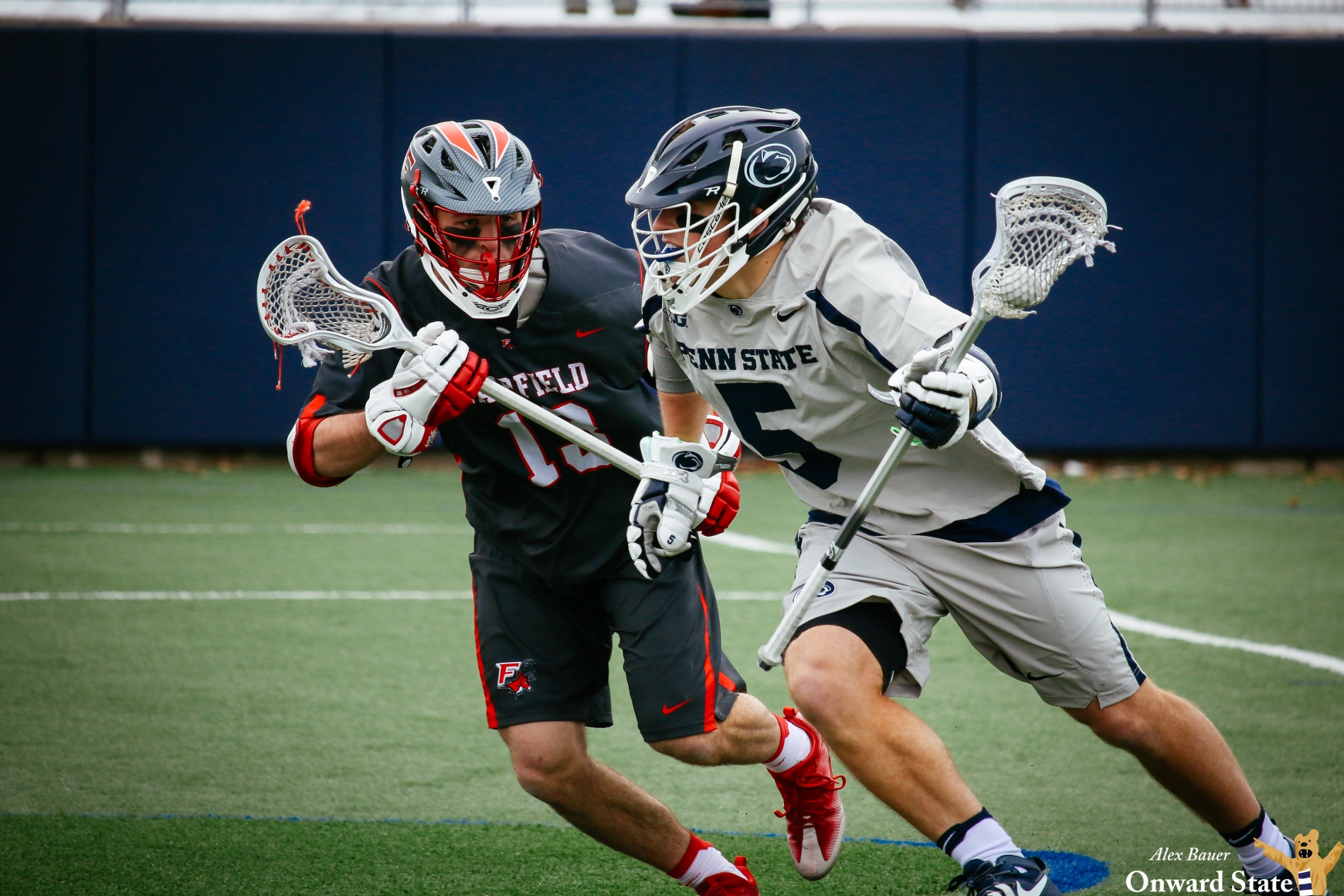 No. 3/1 Penn State Men’s Lacrosse (8-0) took on Fairfield (2-5) on a brisk afternoon at the Penn State Lacrosse Field. The Stags came out looking confident, but it wasn’t enough to keep Penn State from moving to 8-0 — the best start in the program’s history.

Fairfield, despite coming in as the clear underdog, dominated possession throughout the first quarter. The Stags opened the scoring about five minutes into play to make it 1-0. Although the Nittany Lions quickly responded with a goal to make it 1-1, Fairfield controlled possession throughout the quarter. Penn State struggled to get out of its own half and Fairfield went into the first break with a 3-1 lead.

The second quarter was a much different story, however. Penn State seemed to take control of the game behind goals from Matt Florence and Nick Ament, and it began to play like the highly ranked team that they are.

Fairfield struck first in the fourth quarter to bring things closer at 7-6. It wasn’t long before Fairfield brought it back level with 10:43 left in the game. Before you could blink, it was 8-8. Mike Sutton scored a clutch goal with about 3 minutes left in the game, which would be enough to come away with the win.

Aponte seemed to score just when the Nittany Lions needed it most, and his two goals tied the team high for the game. Penn State struggled early on in this game, and Aponte’s goal got the Nittany Lions on the scoreboard.

Penn State will take on Cleveland State here in Happy Valley next Saturday at 12 p.m.

Share via
Penn State Men\'s Lacrosse Improves To A Program-Record 8-0 With 9-8 Victory Over Fairfield
https://onwardstate.com/2017/03/17/penn-state-mens-lacrosse-improves-to-a-program-record-8-0-with-9-8-victory-over-fairfield/
Follow @onwardstate
Send this to a friend