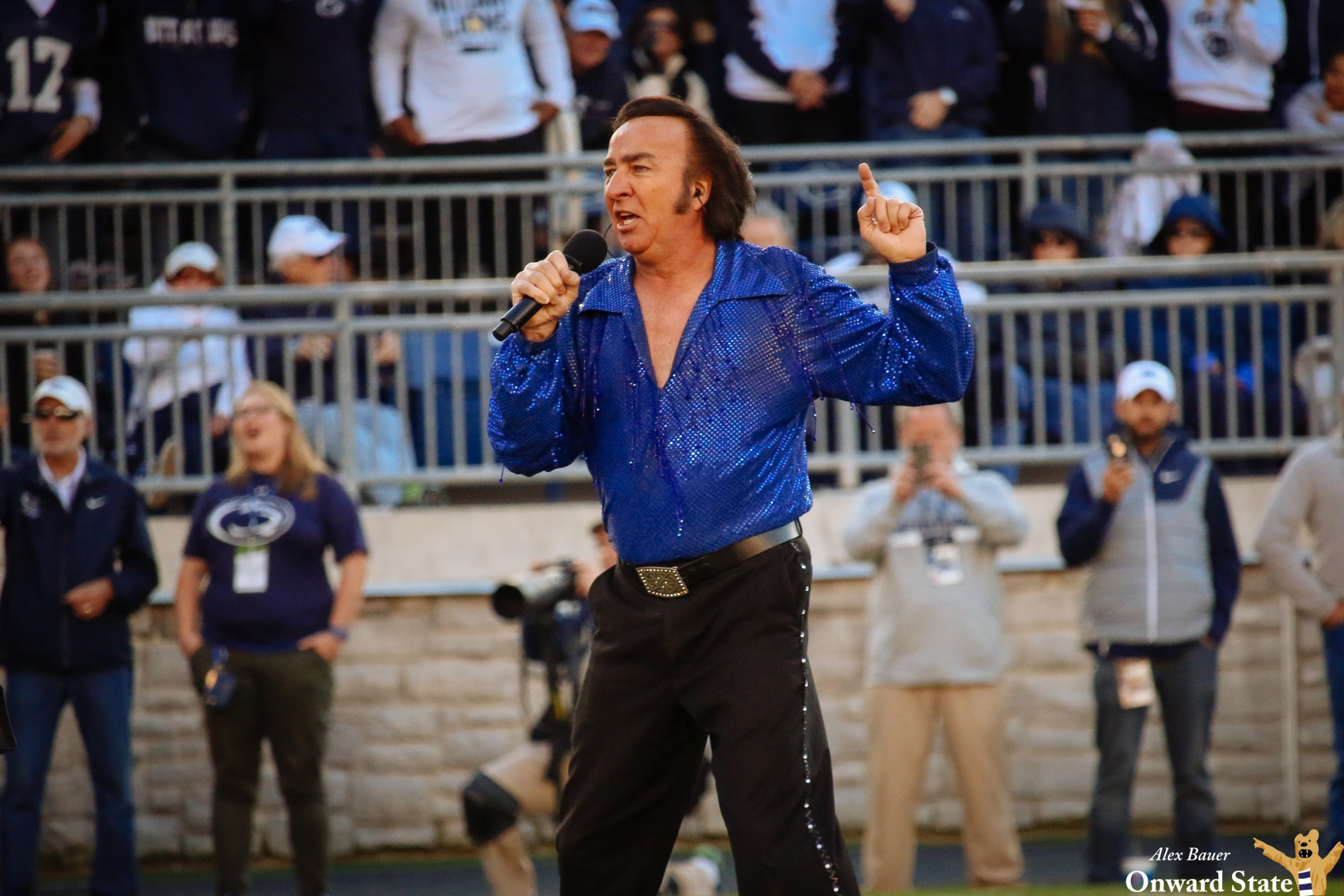 The Nittany Lions’ 45-14 win over Indiana marked Penn State’s first-ever throwback game, dubbed “Generations of Greatness.” From throwback uniforms with white cleats to a Blue Band performance with hits from Star Wars, Dirty Dancing, and Titanic, this game had it all. Including a Neil Diamond impersonator to lead “Sweet Caroline.”

Penn State Twitter had a field day with this one.

Neil Diamond impersonator doesn't seem to know all of the lyrics to "Sweet Caroline."

I’m concerned for this man, but I can’t say I’m all that surprised.

It’s times like these that unite this great nation.

If I had to guess, you can thank Penn State Athletics Strategic Communications. However weird it may be, I can only wish I thought of this idea. You’ve gotta pull the game theme together somehow.

A creepy Neil Diamond impersonator on the field at Penn State while the crowd goes wild is the most Penn State thing ever. #PennState

Every student section thinks it’s the most extra student section in the country, but Penn State’s is the only one that actually is. Also, most people thought he was actually Neil Diamond, so that didn’t hurt, either.

Important update: We have a Neil Diamond impersonator leading 100,00+ fans in "Sweet Caroline" right now. It's gotta be his biggest gig yet.

When a Neil Diamond impersonator is transitiong to an Elvis impersonator but gets a gig. pic.twitter.com/Rih13bmrcN

What can he say? He’s a Neil of all trades.

I can't say for sure this is a Neil Diamond impersonator. He sounds exactly like Neil Diamond.

You and the entire student section, Donnie.

This experience was priceless. But I get it.

The guy who booked this gig definitely deserves a raise.

“Penn State’s an incredible school with great academics AND they have great taste in Neil Diamond tributes? No matter! Their football program should’ve gotten the death penalty.”

Life comes at you fast.

You'll have to tell me what happens the rest of the game. I just put my foot thru the TV when they showed the Neil Diamond impersonator

I just feel bad this kid missed out on Saquon Barkley throwing a touchdown pass.