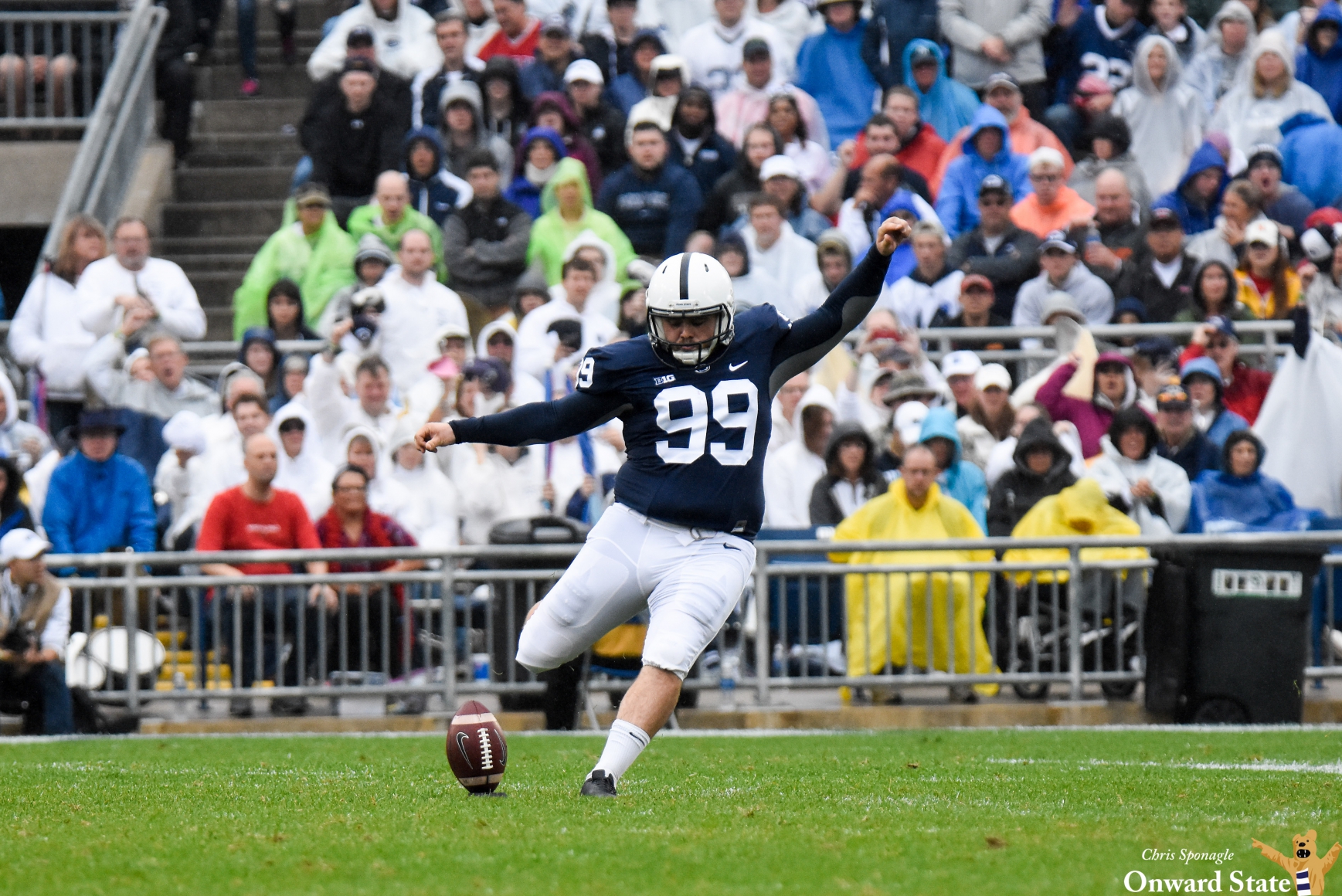 Julius will present with Krzys at 7 p.m. Monday, November 13 in the HUB’s Freeman Auditorium. Veny will speak Thursday, November 16 at the Mental Health and Wellness Week Gala.

“The circumstances with Joey were just a very good opportunity for us to invite someone new,” UPUA Student Affairs Chair Kyleigh Higie said.

The beloved former kicker opened up about his struggle with an eating disorder on his Facebook page last fall and has since been an outspoken advocate for mental health and wellness and eating disorder awareness.

“The end goal is just to get the knowledge in everybody’s hands,” Julius said. “It means that what I’m doing isn’t for nothing.”

Though he’s since left the football team, Julius was last in town for the White Out, and even appeared on Onward State’s Champs Football Friday show that weekend.

Julius wasn’t included in the original legislation to fund the speakers for the week of programming, but was added in a series of amendments from bill co-sponsor and vice chair of student life Tyler Akers.

“We couldn’t put anything in writing until the contracts were signed,” UPUA Speaker Brent Rice said, “so that’s why you’re seeing a lot of amendments now.”

Sure, sure, UPUA. We see you schemin’. Bill 7-12, which funded $11,170 for the speakers and to reserve Freeman Auditorium, ultimately passed unanimously.

Share via
Joey Julius Among Keynotes For UPUA\'s Mental Health & Wellness Week
https://onwardstate.com/2017/11/01/joey-julius-among-keynotes-for-upuas-mental-health-wellness-week/
Follow @onwardstate
Send this to a friend