Penn State men’s hockey forward Andrew Sturtz signed a two-year entry-level contract with the NHL’s Ottawa Senators on Wednesday and will not return to Penn State for his final season of eligibility.

“This is a childhood dream come true, five or six years ago I didn’t even think I would be playing Division I hockey and then [assistant coach] Matt Lindsay found me in Carleton Place and brought me to Penn State,” Sturtz said.

The Buffalo native is one of only two skaters to score more than 100 career points for Penn State. With 104 points in 111 games, he ranks second to David Goodwin’s program-record 128 points. Sturtz is the program’s all-time leader in goals with 54, passing Casey Bailey with an empty netter during a 7-5 victory over Mercyhurst. He also set single-game program records with four assists and five points during that victory. 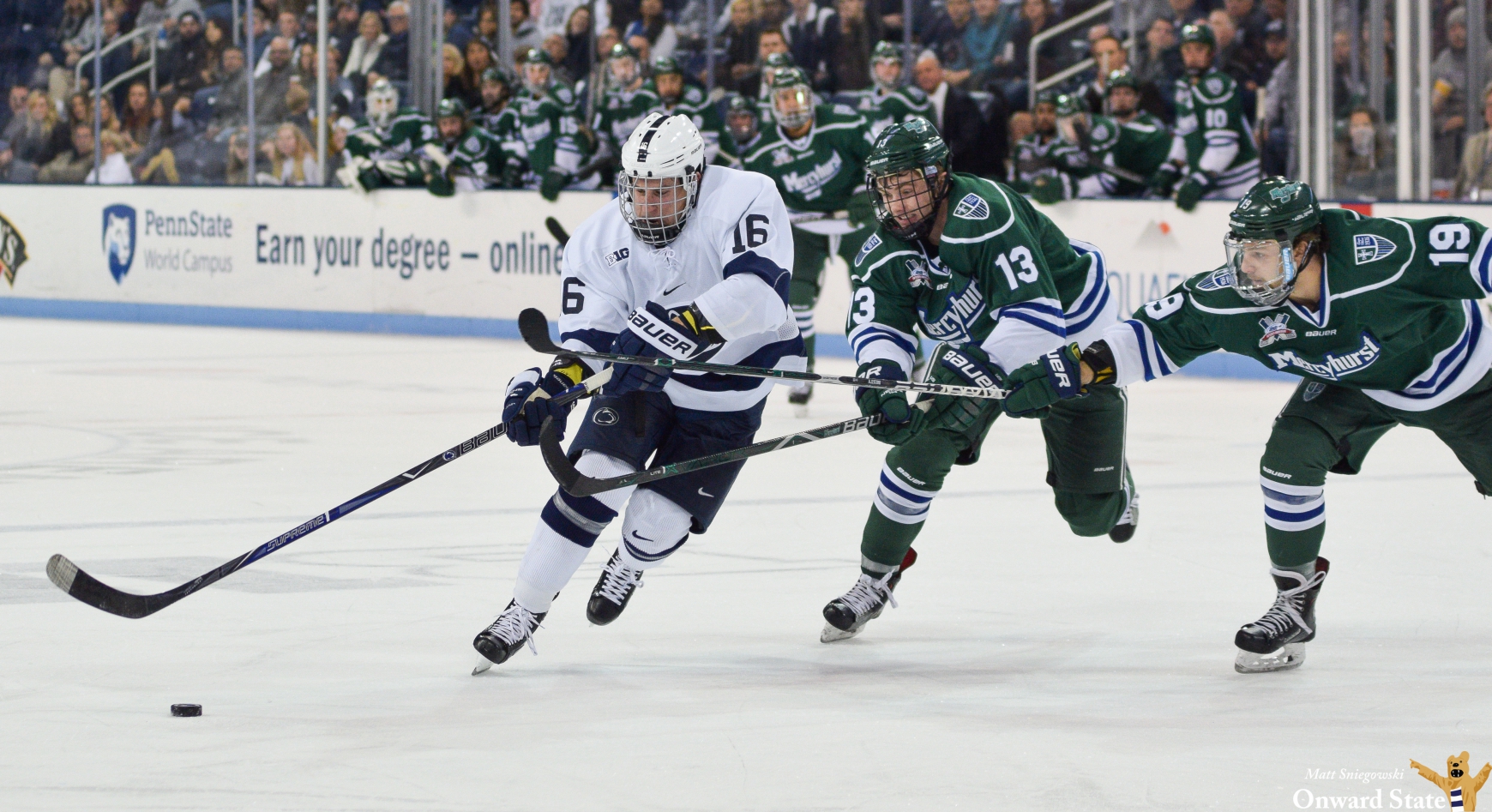 Sturtz was a key cog in Penn State’s unprecedented 2016-17 Big Ten championship and NCAA tournament run. He led the squad with 22 goals and scored the overtime goal against then-No. 3 Notre Dame that sparked the Nittany Lions’ 11-game winning streak.