A Review Of Inaccuracies In HBO’s ‘Paterno’

As much as “Paterno” is a fictional re-creation of real events, the so-called biopic had a few glaring errors that Penn State fans could easily pick out. Because the movie was filmed on set rather than on Penn State’s campus, it required re-creations of classic sights like Beaver Stadium and the Joe Paterno Statue.

A few of these inaccuracies jumped off the screen to our staff in the fictional version of Happy Valley.

There’s no bar in the Beaver Stadium press box.

Alcohol isn’t served to the fans in Beaver Stadium, let alone in the press box. We would’ve preferred a more accurate portrayal of the press box’s meal for the media. We’re big fans of the mac ‘n’cheese football sports information director Kris Petersen hooks us up with.

Beaver Stadium’s club level wouldn’t even have had alcohol during this time, as Penn State only recently approved alcohol sales in suites, club seats, and reception areas.

The Lasch Building doesn’t have bleachers.

Penn State’s practice facility doesn’t have bleachers. The one used in the film looks more like a stadium for a really good Texas high school team or an average Division III squad, as opposed to the tree-encircled Lasch Practice Field where Penn State typically practices. 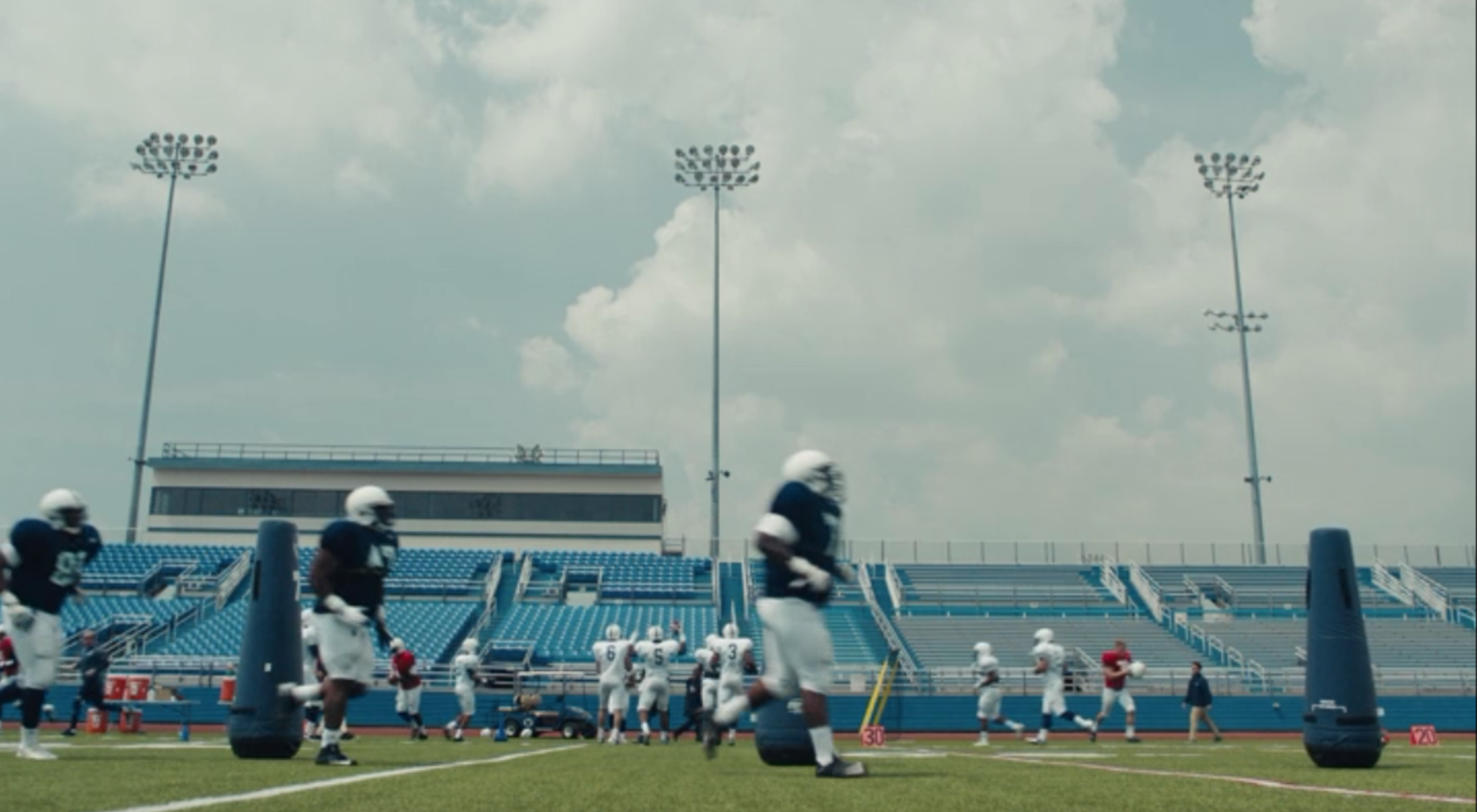 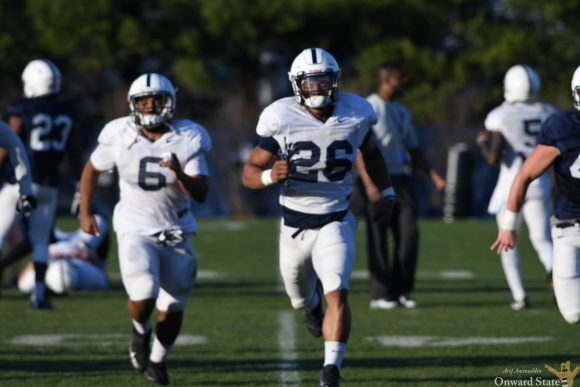 The statue’s appearance, size, and backdrop were anything but lifelike.

We’ve known for months that the famous JoePa statue was going to look vastly different from the iconic bronze effigy removed shortly after the scandal.

However, the depiction of an interview by Sara Ganim with CNN replaced the famous display with a generous recreation of Beaver Stadium’s facade and backdrop that looks more like Eisenhower Auditorium or the Rodney Erickson Food Sciences Building from certain angles.

Also, the Paterno statue stood seven-feet tall, even with his hand pointed in the air. This statue towers over Ganim and seems to be closer to eight feet. 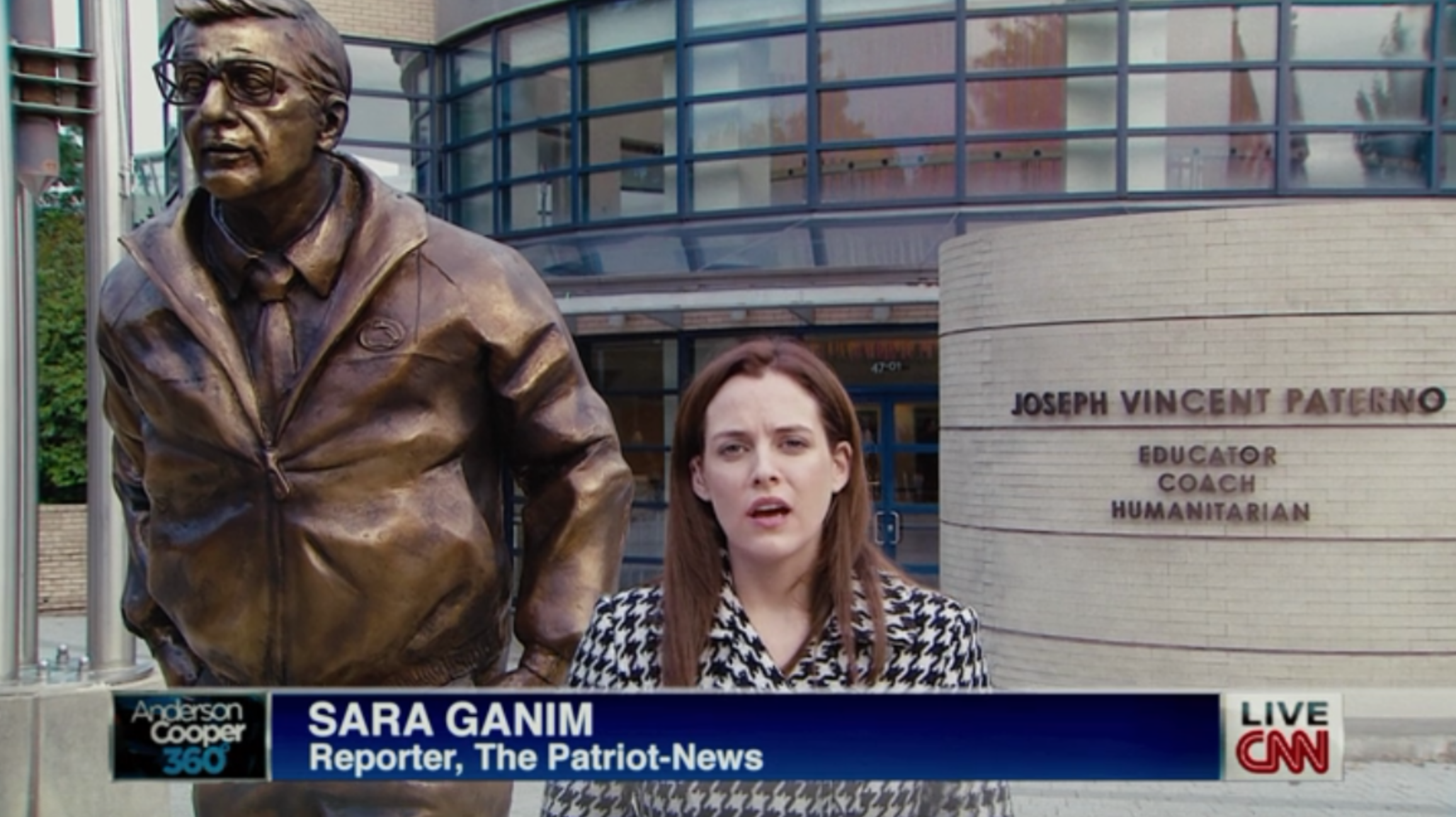 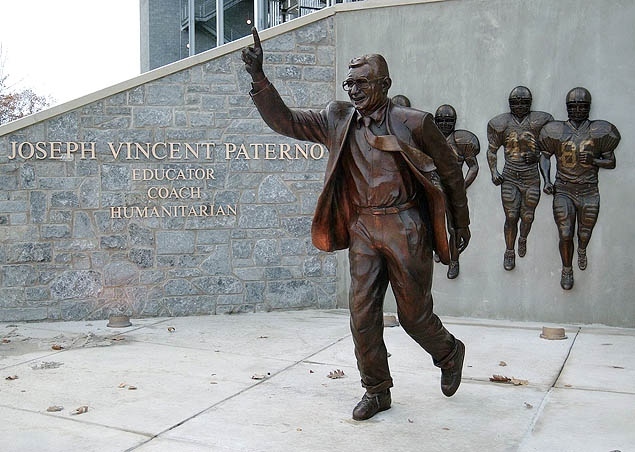 Interestingly, the original CNN interview was a phone interview with Don Lemon, not Anderson Cooper.

The Alma Mater is not sung as a church hymn.

The tune of the film’s rendition of students singing the Alma Mater sounded more like something you’d hear in church than sung by a student section. The Alma Mater was written to be sung to the tune of  “Lead Me On,” which was traditional for graduation.

Even the Alma Mater sung at the vigil for the victims in 2011, one of the most somber versions you’ll ever hear, maintained the characteristic tune.

You have to wonder whether the “Paterno” filmmakers ever watched a video or heard a sound byte of the Alma Mater, but it seems pretty clear no alumni were consulted in the making of this scene.

With the narrow storefronts and stacked apartments, these brief shots of State College more closely resemble where Joe Paterno grew up– Brooklyn in the 1930s and 40s– than where the film actually takes place. The final image, though, could be what State College will look like if high rises continue to spring up around town. 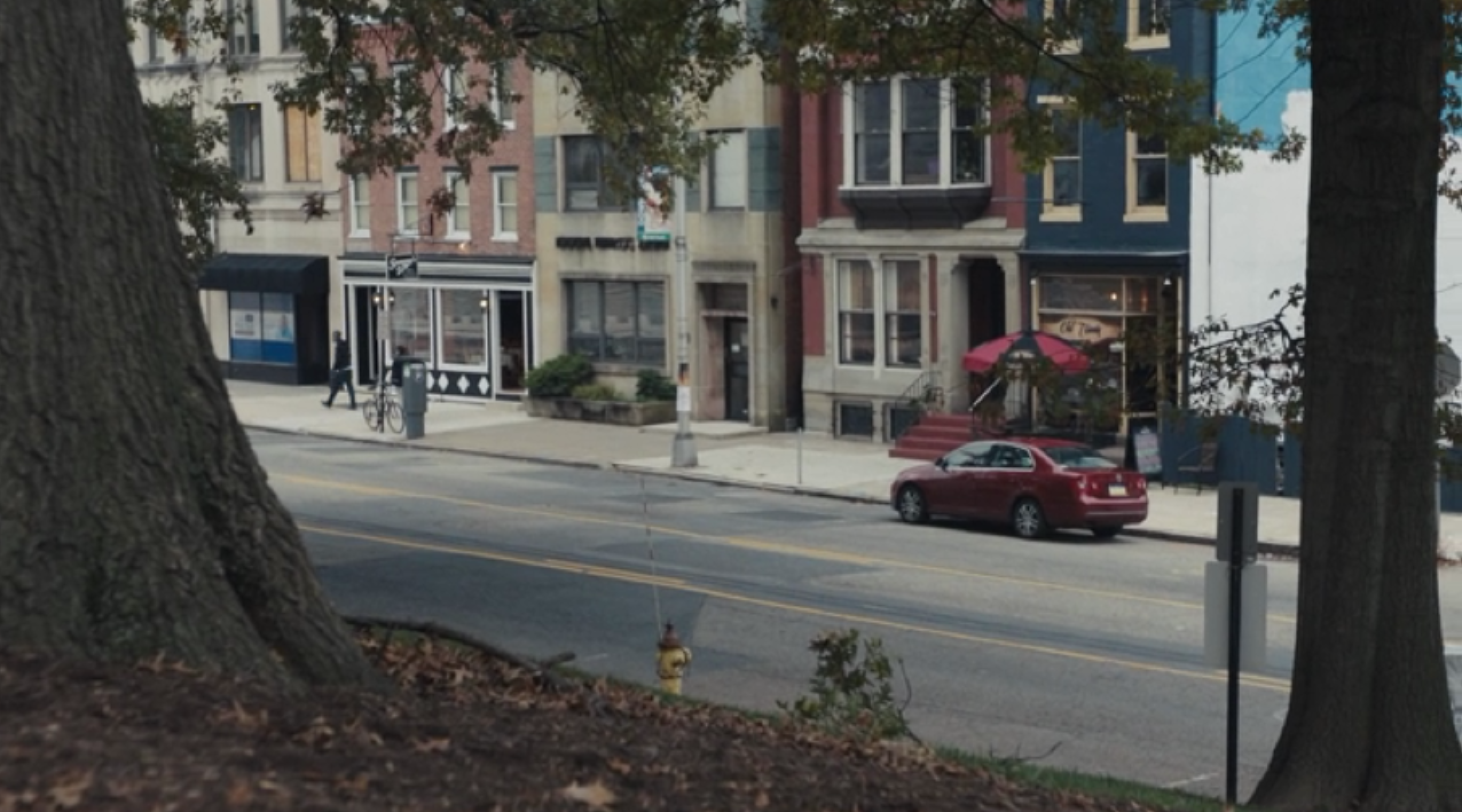 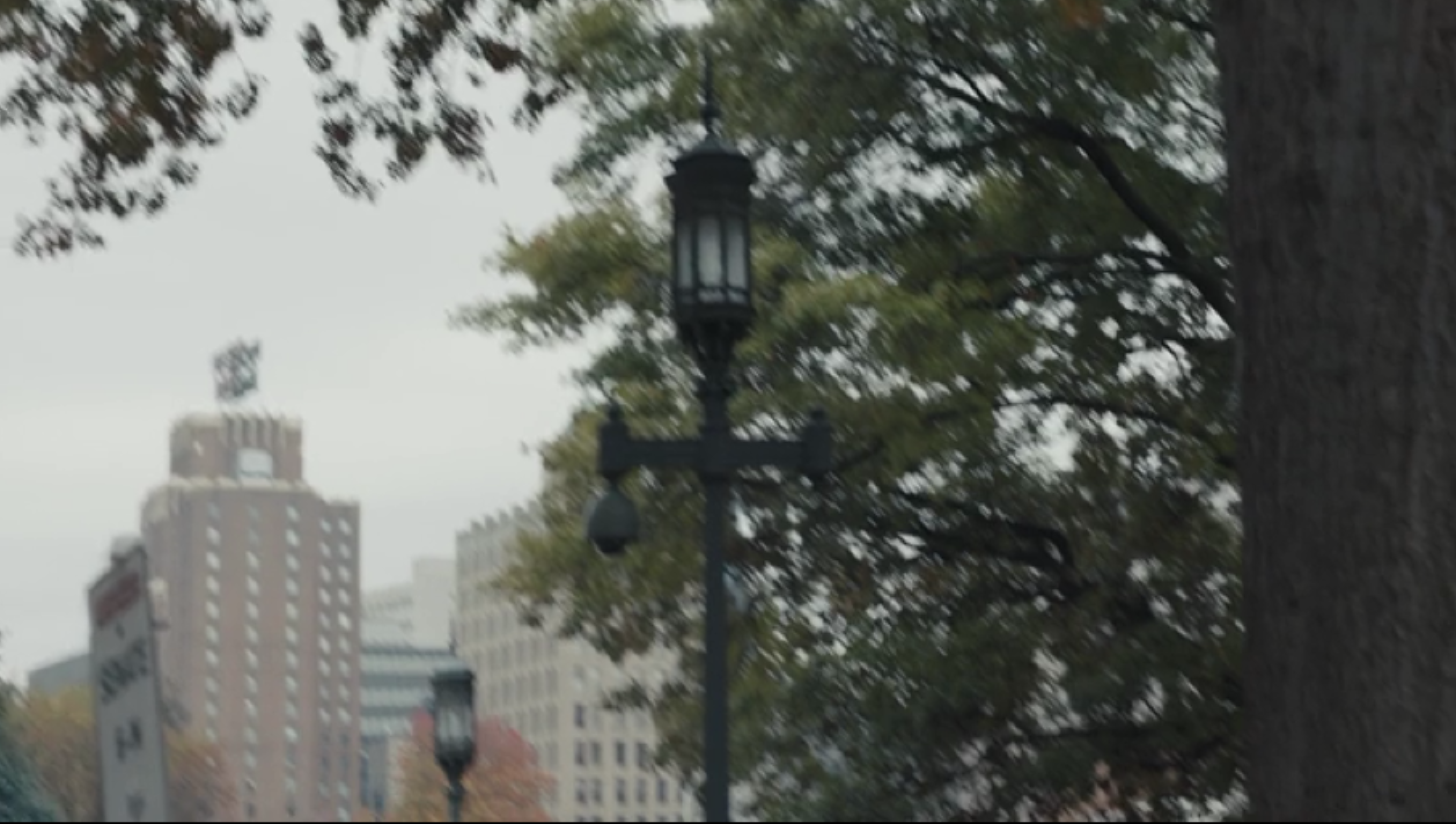 The chipmunk logo on Beaver Stadium didn’t appear until 2014.

In one of the final scenes, Ganim drives by Beaver Stadium, which tangentially resembles the real stadium. It’s far too small (#107kstrong) and lacks the trademark stacked-layer appearance. The most realistic feature is the Penn State logo on the video board. However, that logo wasn’t added until 2014, more than two years after Ganim would’ve driven by in this scene. 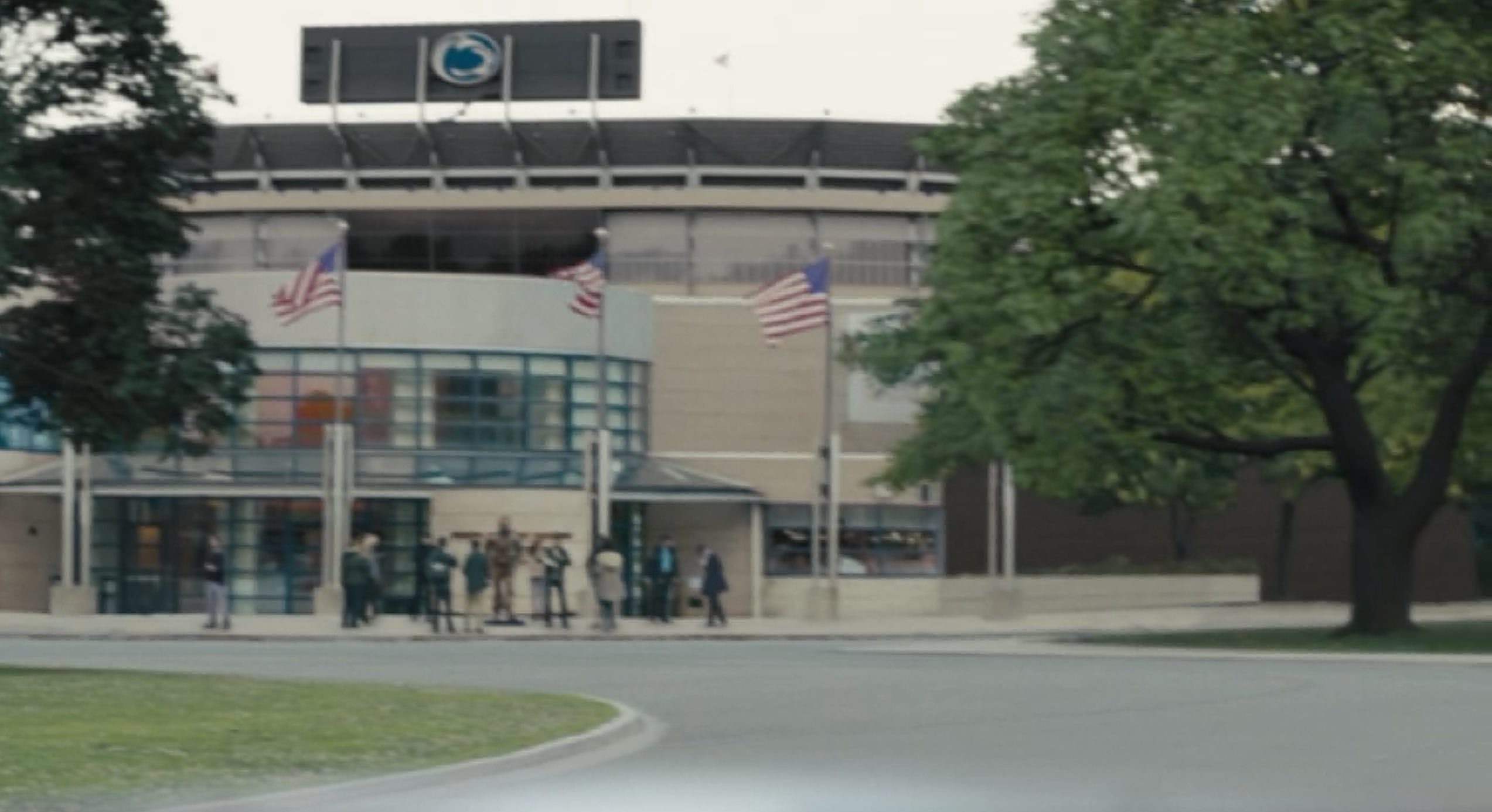